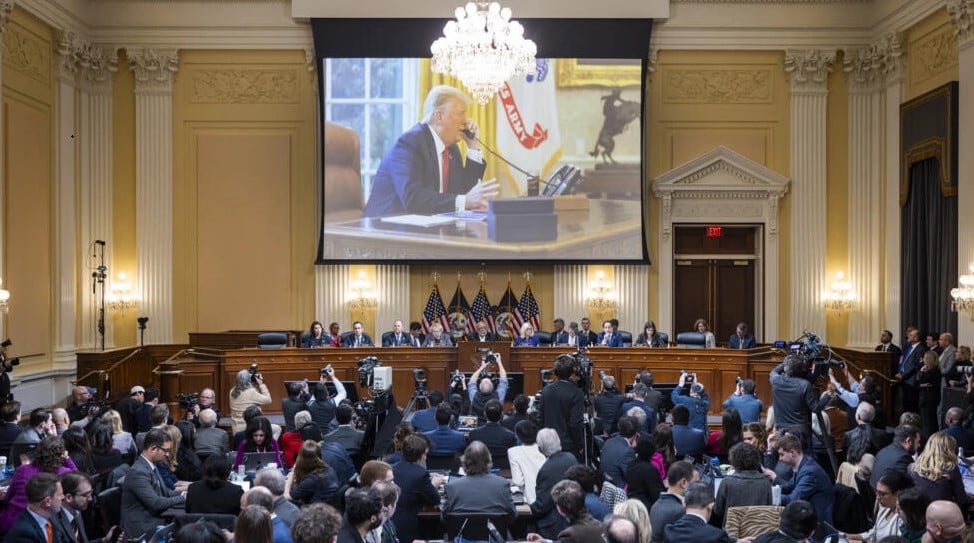 12-20-22.-The congressional committee investigating the attack on the Capitol wraps up its 18-month work with a final live public meeting on Dec. 19. He voted to file criminal charges against Donald Trump.

With our correspondents Cristóbal Vasquez and Guillaume Naudin.

The parliamentary committee investigating what happened on January 6, 2021, completed its work on Monday, December 19, after analyzing thousands of pages of documents and hearing dozens of witnesses.

The elected members of the committee – seven Democrats and two Republicans – were in charge of shedding light on Donald Trump’s actions before and during the day of the attack on the Capitol.

They sought to show that the former president had tried to cling to power despite the defeat, and ultimately recommended criminal charges against Trump on four counts: obstruction of official proceedings, conspiracy to defraud the United States, Conspiracy to make a false statement, and abetment of, taking part in, or aiding any mutiny.

Congressman Jamie Raskin of Maryland made the official announcement at the conclusion of an investigation that lasted 18 months: “The committee believes there is sufficient evidence to warrant former President Trump’s criminal immunity for those who aided, abetted or comforted are enough. on Capitol Hill, and they launch an attack against the United States of America,” he said.

It should be noted that this action has no legal weight for Donald Trump, however, it is the first time in history that Congress has made this recommendation to the Department of Justice, which is already conducting its own independent investigation and which Could end up in more charges against former President Trump.

The committee is also sending four congressmen to the ethics committee for ignoring the recommendations of a panel investigating what happened on January 6. These are Minority Leader Kevin McCarthy (California) and Representatives Jim Jordan (Ohio), Scott Perry (Pennsylvania) and Andy Biggs (Arizona).

Trump this Monday denounced the “false prosecutions” recommended by the committee, a maneuver he said would prevent his candidacy in 2024. In the race for the White House, he said on his social network Truth Social.