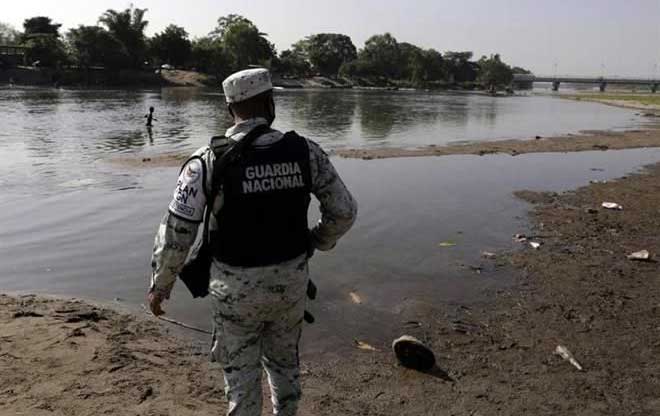 Washington.— The United States Congress this Friday for the second year in a row endorsed a clause that establishes that any anti-crime aid money given to Mexico during 2023 must be used to finance military projects involved in public safety operations. will not be done.

Inserted into the massive spending law for fiscal year 2023, which was approved by the lower house this Friday and has already been endorsed by the Senate, is a clause against militarization of the Mexican National Guard, made up primarily of the military. Will limit US funding to US projects. personnel. ,

“The Committee orders that no funds appropriated by this law and made available for assistance to Mexico shall be used to support military involvement in law enforcement in Mexico,” the clause already included says the text. Last year’s

“Furthermore, the Committee mandates that the funds allocated by this law and made available to support compliance with the law in Mexico must include support for effective internal and external control mechanisms,” adds the new spending law that calculates seeks to promote accountability.

With regard to the amount of bilateral aid to be given to Mexico for the fiscal year 2023, the text of the new spending law does not establish an exact figure, but states that it will be an amount comparable to previous years; During fiscal year 2022, the US provided $158 million in aid to Mexico.

Priority projects in Mexico for the US Congress include funding projects to protect human rights, identify missing persons, improve forensic capacity and training of officials to combat criminal groups and money laundering.

Since fiscal year 2008, beginning with the so-called Merida Initiative, the US government has awarded a total of $3.5 billion in grants for various anti-crime projects that include police training, support for civil society, and the purchase of equipment and technology. ,

Despite President Andrés Manuel López Obrador’s rhetoric against the receipt of anti-crime funding from the US, both the Trump administration and the Biden administration have continued to pledge support to the rule of law, including training state police officers.

In the new 2023 spending law approved this Friday, the Capitol also demanded that the Biden administration deliver a report this Friday on the so-called Bicentennial Understanding, the bilateral anti-crime accord negotiated by López Obrador’s government and that replaced the Merida Initiative. Took it. In 2021.