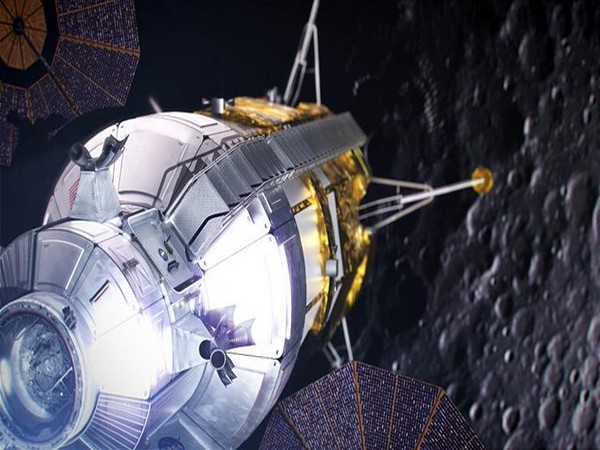 Washington [US], June 28 (ANI): The first phase of NASA’s CubeSat mission to the Moon has been successfully completed in space. It was built to test a novel lunar orbit.
The spacecraft is headed to a still-developing, lunar space station called Getaway, built by NASA with its international and commercial partners, which in turn supports the Space Administration’s astronaut missions and the Artemis program.
The Cislunar Autonomous Positioning System Technology Operations and Navigation Experiment, or CAPSTONE, mission launched Tuesday at 5:55 a.m. EDT (09:55 UTC) on Rocket Lab’s Electron rocket from Rocket Lab Launch Complex 1 on New Zealand’s Mahia Peninsula.
“The capstone is an example of how working with commercial partners is critical to NASA’s ambitious plans for exploration of the Moon and beyond,” said Jim Reuter, associate administrator for the Space Technology Mission Directorate. “We are thrilled with the successful launch of the mission and look forward to seeing what Capstone will do once we land on the Moon.”
CAPSTONE is currently in low-Earth orbit, and it will take about four months for the spacecraft to reach its target lunar orbit. NASA invites the public to follow the spacecraft’s journey live using NASA’s eyes on interactive real-time 3D data visualizations over the Solar System. About a week after launch, virtually take a ride with the CubeSat with a simulated view of our solar system. NASA will post updates about when to view the capstone in visualizations on the home page of NASA’s Ames Research Center as well as on Twitter and Facebook.
CAPSTONE is attached to Rocket Lab’s Lunar Photon, an interplanetary third stage that will send CAPSTONE into deep space. Shortly after launch, the lunar photon separated from the second stage of the electron. Over the next six days, the Photon’s engine will periodically fire to propel it beyond low-Earth orbit, where the Photon will release the CubeSat on a ballistic lunar transfer trajectory to the Moon. CAPSTONE will then use its own propulsion and the Sun’s gravity to navigate the rest of the Moon. The gravity-powered track would dramatically reduce the amount of fuel needed for the CubeSat to reach the Moon.
Capstone and principal investigator Bradley Cheetham said, “Delivering the spacecraft for launch was an achievement for the entire mission team, including NASA and our industry partners. Our team is now preparing for separation and initial acquisition for the spacecraft in six days.” Still working.” Executive Officer of Advanced Space, which owns and operates CAPSTONE on behalf of NASA.

“We’ve already learned a tremendous amount to get to this point, and we’re passionate about the importance of returning humans to the Moon to live this time!”
On the Moon, CAPSTONE will enter an elongated orbit called a near rectilinear halo orbit, or NRHO. Once in NRHO, CAPSTONE will fly within 1,000 miles of the Moon’s North Pole to its nearest and farthest 43,500 miles from the South Pole. It will repeat the cycle every six and a half days and maintain this orbit for at least six months to study the dynamics.
Elwood Agacid, Capstone’s project manager at NASA’s Ames Research Center in Silicon, California, said, “Capstone is a pathfinder in many ways, and it continues its mission timeline while navigating a never-before-seen orbit around the Moon.” will demonstrate many technical capabilities during the valley. “CAPSTONE is laying the foundation for commercial support for Artemis, Gateway and future lunar operations.”
During its mission, CAPSTONE will provide data about operations at an NRHO and demonstrate key technologies. The mission’s Cislunar Autonomous Positioning System, developed by Advanced Space in support of NASA’s Small Business Innovation Research Program, is a spacecraft-to-spacecraft navigation and communications system used to determine the distance between two lunar orbiting spacecraft. Will work with NASA’s Lunar Reconnaissance Orbiter. , This technology could allow future spacecraft to determine their position in space without relying exclusively on tracking from Earth. CAPSTONE also carries a new precision one-way ranging capability built into its radios that can reduce the amount of ground network time required for in-space operations.
In addition to New Zealand hosting the launch of CAPSTONE, a team led by the New Zealand Ministry of Trade, Innovation and Employment and Canterbury is collaborating with NASA in a research effort to track spacecraft orbiting the Moon. New Zealand helped develop the Artemis Agreement – ​​which establishes a practical set of principles to guide space exploration cooperation between countries participating in NASA’s 21st century lunar exploration plans. In May 2021, New Zealand was the 11th country to sign the Artemis Agreement.
The microwave-oven-sized CubeSat was designed and built by Terran Orbital Corporation, Tyvak Nano-satellite Systems. CAPSTONE includes Stellar Exploration, Inc., Space Dynamics Lab, Tethers Unlimited, Inc. and Orion Space Systems. NASA’s Small Spacecraft Technology Program within the agency’s Space Technology Mission Directorate (STMD) funds the demonstration mission. The program is based at NASA’s Ames Research Center in Silicon Valley, California. Development of CAPSTONE’s navigation technology is supported by NASA’s Small Business Innovation Research and Small Business Technology Transfer (SBIR/STTR) program, also within STMD. The Artemis Expedition Development Division within NASA’s Exploration Systems Development Mission Directorate funds the launch and supports mission operations. The Launch Services Program at NASA’s Kennedy Space Center in Florida manages the launch service. NASA’s Jet Propulsion Laboratory supports communications, tracking and telemetry downlink through NASA’s Deep Space Network, the Iris radio design, and groundbreaking 1-way navigation algorithms.
NASA’s CubeSat, designed to test a unique lunar orbit, is safely in space and on the first leg of its journey to the Moon. The spacecraft is headed for an orbit in the future for Gateway, a lunar space station built by the agency and its commercial and international partners that will support NASA’s Artemis program, including astronaut missions. (ANI)