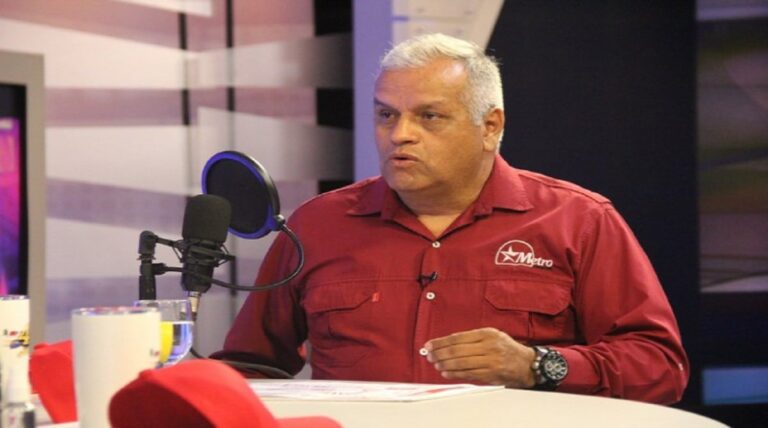 The Caracas metro system is planning embellishments and intensive maintenance of equipment to optimize the service it provides to the Venezuelan people, explained Graciliano Ruiz Gamboa, president of this important mode of transport.

The announcement of the head of the transport system was made this Monday in an event on Venezolana de Télévision, with Ruiz Gambo indicating that the plan includes lighting and air-conditioning areas.

“We have a complete beautification plan in Caracas metro stations: intensive maintenance, lighting and air conditioning in some stations,” he said.

On 29 July, the Minister of Transport, Ramón Velásquez Araguayan, reported that the Caracas Metro train was starting trials, which would soon be included in the railways.

In this regard, the chairman of Metro indicated that the recovery of trains is important for the system, which is part of the flagship project “El Train Caracas”.

In this sense, he recalled that in 2021 “we managed to remove 10 older generation trains, and now, this year, we are going to re-induct 4 more trains”, to increase the fleet count, Referred to a VTV note.

over a million users

Currently, the Caracas Metro mobilizes more than a million users through all of its transportation systems, Ruiz Gamboa highlighted during the interview.

He added that this work is “thanks to the technical personnel in the service of the working class and the people, who guarantee their mobilization.”

Operation despite the blockade

The Caracas Metro has remained 100% operational, Ruiz Gambo said, describing the complex situation the country has experienced as a result of the economic blockade as a result of sanctions imposed by the United States government.

“In this 45th anniversary we have become stronger,” he emphasized in reference to the celebrations this Monday of the anniversary of the founding of the Caracas Metro Public Limited company.

As for Ruiz Gamboa, “The income from 0.1 Bolivar has helped us a lot, we have a beautification plan for the entire Caracas train system, with which we have several work fronts guaranteed.”

After these tasks and work fronts, “we have improved the air conditioning, we have repaired the escalators, conditions have improved,” he said.

With regard to informal commerce in metro facilities, Ruiz Gamboa stressed that the work of the city’s security forces should be highlighted.

“On this 45th anniversary, I thank all the security agencies in Caracas and all the agencies deployed in all the stations of the system, for providing an environment of security to our users,” he stressed.

In these, the chairman of the metro asked the Bolivarian National Guard and Caracas Police to be deployed at 69 stations.

Similarly, he said that, although he is not against the informal economy, people cannot do it within the facilities of the Caracas Metro, which he insisted is running an awareness campaign in this regard.

On August 8, 1977, the Compaía Aónima Metro de Caracas was established, and on the 28th of that month, tunnel drilling began from a ditch located in the Gato Negro, down the road westward: Sucre, Spain and into the Atlantic. .

The Caracas Metro started its work on January 2, 1983 with 6.7 kilometers and currently has a total length of 67 kilometers, which is considered the most extensive, important and accessible public transport in the capital city.

To celebrate its anniversary, the President of the Caracas Metro System, Graciliano Ruiz Gamboa, expressed his pride in the institute through his Twitter account.

“The Caracas Metro and its working class have not given up, here we remain firm and loyal,” he insisted.

For his part, the Minister of Transport Ramon Velasquez AraguyanCongratulating the 45 years of the establishment of the Caracas metro system, praising the work of the workers, and their commitment to guaranteeing Venezuela’s mobility.

«I want to congratulate the working class; I appreciate your dedication to service and your commitment to unite our nation.”

Similarly, Nicolas Maduro, the President of the Republic, wrote via his Twitter account: “Congratulations to my brothers and sisters, to the Compaía Aónima Metro de Caracas, for them. 45th anniversary, Today more than ever we must make necessary changes to guarantee an optimum and quality service to our people. We’re going to make it!”.