CARICOM has taken “significant steps” to propel its regional economy 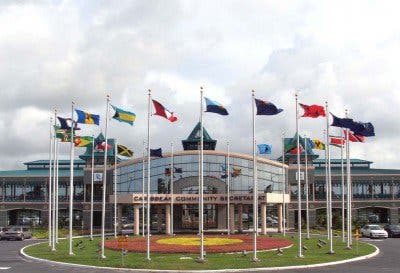 San Juan. – President of the Caribbean Community (CARICOM) Chan Santokhi assured this Sunday that the organization has achieved “significant steps” to advance the Single Market and Caribbean Economy (CSME). Unit.

In the midst of these advances, as Santokhi pointed out in his final statement of the year, the regional entity continued to seek ways to advance the integration movement, a key decision which included amending the Revised Treaty of Chaguaramas.

“It allows us to have member states that are prepared to implement decisions and put them into practice, while others can also get involved,” Santokhi said.

“This is especially important with a view to accelerate progress with the advancement of CSME”, also added the Suriname President.

Countries that are part of CARICOM as associate members are Anguilla, Bermuda, the British Virgin Islands, the Cayman Islands and the Turks and Caicos Islands, and with observer status Aruba, Colombia, Curacao, Mexico, Puerto Rico, Saint Martin and Venezuela.

Santokhi noted that improving the quality of life of citizens is among other ongoing efforts to further integration of the movement, as happened this year.

“In view of this, the work of skilled workers was encouraged, while heads of government agreed on definitions and qualifications for domestic domestic workers, farmers and private security officers,” he insisted.

This work is led by Guyana, the head of the quasi-cabinet for agriculture in CARICOM, whose group guides the Ministerial Task Force on Food Production and Security to advance CARICOM’s agricultural food systems agenda.

Santokhi said, “Given the potential to expand production in non-food items, which are mostly imported into the community, it was decided to add the industrial policy portfolio to the semi-cabinet of CARICOM heads of government. “

Suriname was assigned that portfolio, so it is negotiating with the CARICOM Secretariat and specialized institutions to draft an action plan regarding industrial development in the community and to present it to the Conference of Heads of Government as soon as possible.

Despite the above efforts, the social, political and economic crisis in Haiti is a challenge that continues to attract much attention among CARICOM.

In view of this, the Haitian CARICOM Leadership Group made up of Suriname, the Bahamas, Barbados, Belize, Jamaica and Saint Vincent and the Grenadines has focused on the matter.

“A high-level political mission is being organized to meet investors from Haiti,” he said.