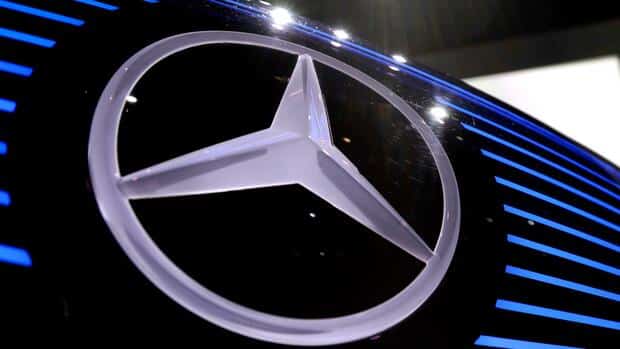 munchen Daimler is facing legal trouble in Australia. A group of dealers filed suit against the Stuttgart-based carmaker in Melbourne on Tuesday. Accordingly, Mercedes-Benz’s Australian sales partners are seeking compensation equal to 415 million euros for the imminent “loss” of their operations, according to a press release.

Background Daimler sales manager Britta Seeger also plans to introduce the so-called agency model in Australia. Customers no longer conclude purchase or leasing contracts with individual dealers, but directly with Mercedes. Benefits for carmakers: At least at the state level, the group can set the same price for its new cars and stop the fight for discounts.

With this approach, authorized dealers actually lose part of their independence and no longer act as entrepreneurs but as agents. On the other hand, they receive a certain margin for customer service and pass on inventory exposure to Daimler, for example, because the vehicles remain in the possession of the company. The Swabians have already implemented direct selling in South Africa, Sweden and Austria, and have a basic agreement in Germany.

In Australia, however, more than 80 percent of the country’s 53 Mercedes dealers are now rebranding. James Wortman, head of the AADA Auto Dealers Association, said for the group: “Over the years, dealers have invested hundreds of millions of dollars in building their business and are now at risk of losing that enterprise value in one fell swoop.” Those who have built their businesses over generations with ingenuity and hard work.

In particular, dealers fear that larger showrooms for Mercedes vehicles may become unnecessary in the future, while switching to agency models. In addition, many retailers rely on offering low prices to be able to win over and retain customers despite the loss of space. According to AADA, about 90 percent of retailers in a survey rejected the agency model.

“It will also have a negative impact on customers as, for example, dealerships in sparsely populated rural areas close and therefore have to travel long distances to get a car or service it,” Wortman emphasized.

For example, Honda introduced a similar business model in Australia this year. As a result, the prices of Honda vehicles have increased significantly and the number of dealers has fallen drastically. Sales to the Japanese fell about 39 percent.

The lawsuit is now the last resort to prevent a similar impact on the brand. “Mercedes-Benz has ignored dealers and their overwhelming disapproval of the agency model and has consistently failed to negotiate goodwill compensation with dealers,” Wortmann said.

Daimler responded calmly to the lawsuit: “From our point of view, the Mercedes-Benz agency model conforms to all relevant Australian laws,” the group said. Mercedes has been active in Australia since 1958 and intends to continue to do good work with its dealers, three years before the planned agency model is introduced.

Last but not least, with the help of the agency model, Daimler is attempting to gain sovereignty over customer data. Surprisingly, until recently, the manufacturer had hardly any information about what the users of their products found good or bad. The Swabians relied on the goodwill of their sales partners. This should change now.

Daimler board member Britta Seeger wants ordering a Mercedes to be as easy as ordering a book from Amazon. A quarter of new vehicles will be sold online by the middle of the decade. A whole range of other car manufacturers, including Volkswagen and Volvo, are gradually converting sales to an agency model.

“The automakers are clearly aiming for a stronger role in the downstream sector. As a result, conflicts with dealers are likely to increase in the future,” observes Stefan Bratzel, director of the Center for Automotive Management (CAM). In his view, this is also due to the fact that car manufacturers have to will require far fewer physical sales locations in the U.S., partly because electric cars require less maintenance than combustion engines.

“Automakers want to save on sales costs and establish a more direct contact with their customers to be able to sell digital services to them more easily,” Bretzel says. The agency model is not bad for retailers, as long as they are paid fairly for their agency services. Mercedes dealers in Germany are to get a commission of 6.5 percent for selling the car.

More: Officials are recalling more and more cars – especially from Mercedes – due to software flaws