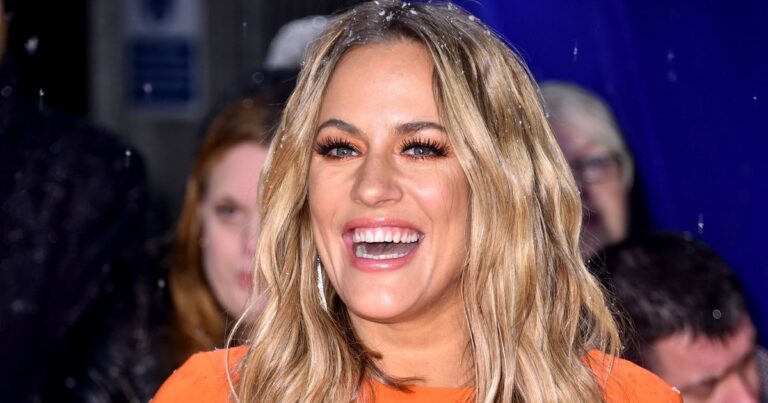 The mum of TV presenter Caroline Flack who tragically killed herself in February 2020 has hit out at the Metropolitan Police force, saying she is still “sad and very angry” at the way her daughter was treated in the weeks before her death. She believes the decision to charge Caroline with the assault of her boyfriend was wrong and that Caroline was treated differently due to her fame.

Christine first aged formally to the police one month after Caroline’s tragic death just 40, and now the Police Watchdog has recommended that the Met Police reopen its internal investigation into the complaint. This Tuesday, February 15, marks two years since the Love Island presenter’s death after she was found at her London flat.

A coroner’s investigation into her death later ruled that her impending trial and her fear of the negative publicity it would cause for her was directly to blame for her suicide.

Speaking to the BBC, Caroline’s mother Christine said she still has no answers as to why Caroline was charged with assault despite prosecutors initially saying she should receive only a caution. She found out that she would face a trial over the charges the day before her death.

Christine said: “I just want those answers to make me feel better and to make me know that I’ve done the right thing by Caroline.” Christine believes her daughter’s position as a celebrity in the public eye led to her receiving different treatment by police.

In her first complaint one month after Caroline’s death Christine asked the Met to investigate its duty of care procedures and treatment of her daughter surrounding her arrest and later charging. In particular Christine highlighted the Met Police’s decision to appeal against a Crown Prosecution Service recommendation to only give Caroline a caution.

Responding to the complaint in March 2020 the Met said it was “satisfied” that the service provided by the officer who made this decision was “acceptable” adding that it was “reasonable and proportional” therefore, to take no further action regarding the complaint. The force added that in cases of domestic abuse it was rarely appropriate to caution when there is enough evidence to charge a suspect.

Christine was unhappy with this and instead referred the case to watchdog the Independent Office for Police Standards (IOPC), who reviewed the case itself.

This investigation has now found that one element of the original complaint was not “fully addressed” by the Met’s own investigation, and has now directed the force to re-investigate whether Caroline’s fame led to her receiving different treatment.

Christine told the BBC: “It leaves us really sad and really angry because we want to know why they charged her,” Christine said. “I just want the truth out there. I know it won’t bring her back but I’ve got to do it for her.”

When asked if she thinks the charge contributed to her daughter’s death Christine said: “Oh, totally. Totally. She couldn’t see a way out.” She added she had lost all faith in the Met: “There’s no trust at all. No trust at all.”

Do you want to stay up to date with the latest news, views, features and opinion from across the city?

MyLondon’s brilliant newsletter The 12 is absolutely jam packed with all the latest to keep you keep you entertained, informed and uplifted.

You’ll get 12 stories straight to your inbox at around 12pm. It’s the perfect lunchtime read.

The MyLondon team tells London stories for Londoners. Our journalists cover all the news you need – from City Hall to your local streets, so you’ll never miss a moment.

Don’t skip a beat and sign up to The 12 newsletter here.

A spokesperson for the Met Police (MPS) said: “Following a review, the IOPC agreed with the MPS that service was acceptable in relation to seven areas of the complaints relating to the response and handling of the incident by the MPS.

“The IOPC has directed the MPS to reinvestigate one element of the complaints. This relates to the process involved in appealing the CPS decision to caution Ms Flack. We will re-examine this element of the investigative process. Our thoughts and sympathies remain with Caroline’s family.”

You don’t have to suffer in silence if you’re struggling with your mental health.

Here are some groups you can contact when you need help.

Depression Alliance: A charity for people with depression. No helpline but offers useful resources and links to other information.

Students Against Depression: A website for students who are depressed, have low mood, or are suicidal. Find out more here.

Bullying UK: A website for both children and adults affected by bullying. Find out more here.

Campaign Against Living Miserably (CALM): For young men who are feeling unhappy. There’s a website and a helpline: 0800 58 58 58.

Looking for a new place to get your coffee? Here’s a review I did a few weeks ago.

Nnenna’s education in London was thrown into chaos after a family tragedy, but she was saved by the kindness of Londoners.

Ever wondered what an open marriage is actually like in real life? I spoke to Sami to find out.

If you have a story or something you think is worth looking into, get in touch at [email protected]

Want more of the latest London news sent straight to your inbox? Sign up to our customized newsletters here ,