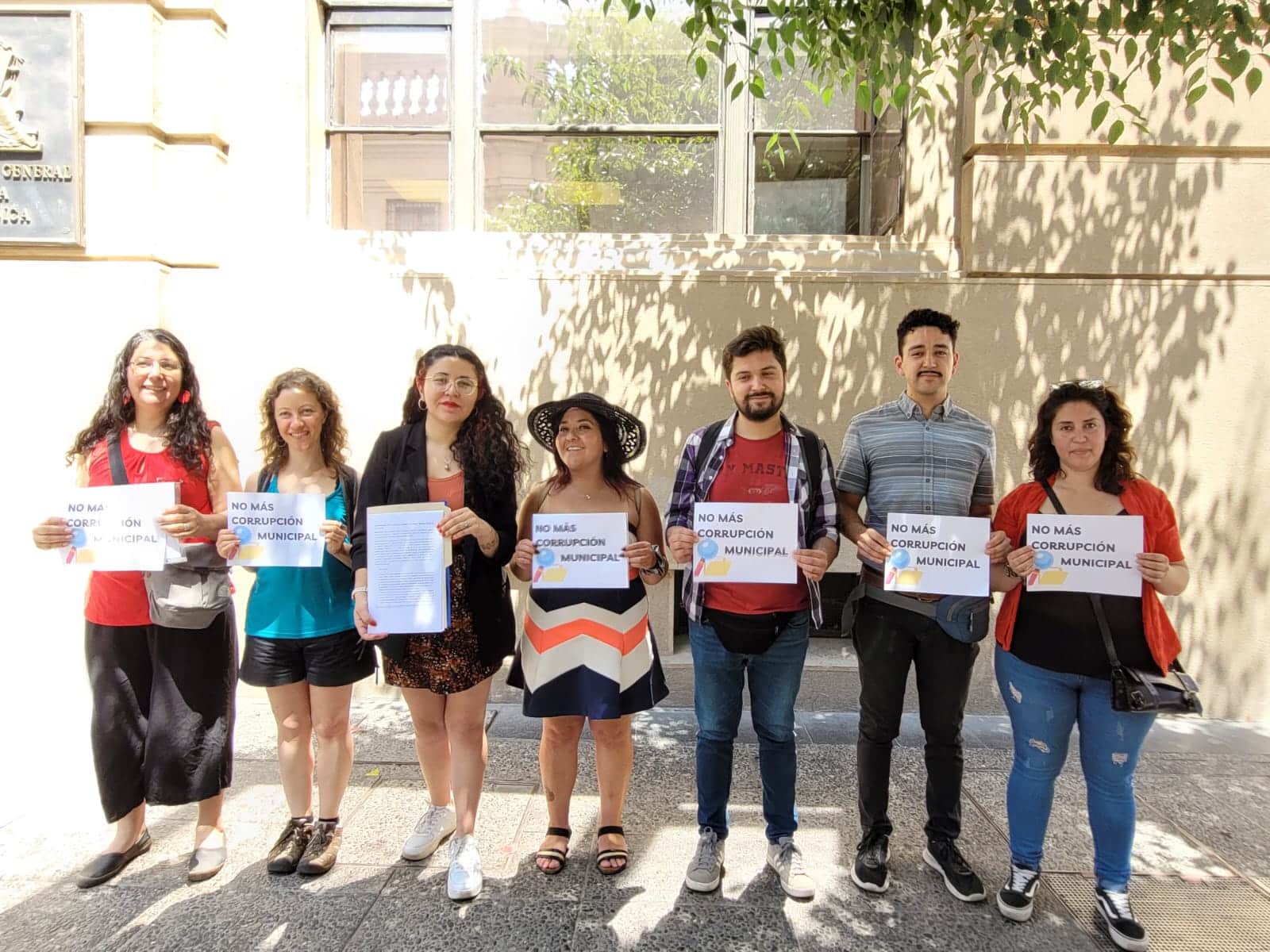 Deputy Daniela Serrano and the councilor are seeking an announcement based on information in the media.

Santiago. 25/11/2022. The Deputy Head of the Bench and President of the Communist Youth, Daniela Serrano, presented this Friday two requirements for declarations on the cases to the Comptroller General of the Republic, together with the councilors of the communes of Puente Alto and La Florida. Possible corruption was revealed by Media Interferencia and Cyper in the municipalities of La Florida and Puente Alto, respectively.

“One of my tasks is to oversee and, from there, our commitment is linked to transparency and a political responsibility that those of us in positions of popular representation have to exercise. It is very important that the comptroller’s office Rule the two matters,” the MP insisted.

Serrano was accompanied by the councilors of La Florida, José Seves and Marcela Abedrapão of the Communist Party (PC), and Puente Alto, María Olga Yanez and Denis Hermosilla of the PC, Juan Paulo Concha and Sara Contreras of the Convergence Social (CS). ,

The Weird Millionaire Revealed By The Roulette Cyper

As reported by Cyper, the Financial Analysis Unit has released a report that will reveal that there are over $580,000,000 worth of transactions from CICAM Limited Company to municipal officials and in turn, transfers made by municipal officials. Company, which would total approximately $240,000,000.

Councilor Dennis Hermosilla said, “We want to investigate why two and a half years have passed since the PDI’s first notice to the municipality and no action has been taken by the mayor on the matter.” Likewise, councilor María Olga Yanz indicated that “in Puente Alto we see that Renovación Nacional has been in communal power for 22 years and we want more transparency and, above all, the comptroller’s office to have a deeper inspection in our municipality.”

“We are asking the opinion of the Comptroller General of the Republic to determine the mayor’s responsibility with regard to administrative integrity,” said Deputy Serrano.

Councilor Juan Paulo Concha said he hoped the comptroller’s announcement contributes to transparency and that “it directly benefits the inhabitants of the commune given this complex and serious situation.” Meanwhile, Councilor Sara Contreras denounced the communication blockade that councilors are suffering in her commune. “Unfortunately we have a communication breakdown. We have little access to information, which harms our audit work.”

In this sense, Councilor José Sáves explained the need for an investigation by the Comptroller’s Office, “We want there to be a declaration regarding proportionality and if it corresponds to administrative integrity, which should be properly justified.”

“We are very concerned about what is happening in our communities. In both places municipal resources are being co-opted for initiatives that are not a priority for our neighbors”, reinforced Councilor Marcela Abedrapo.