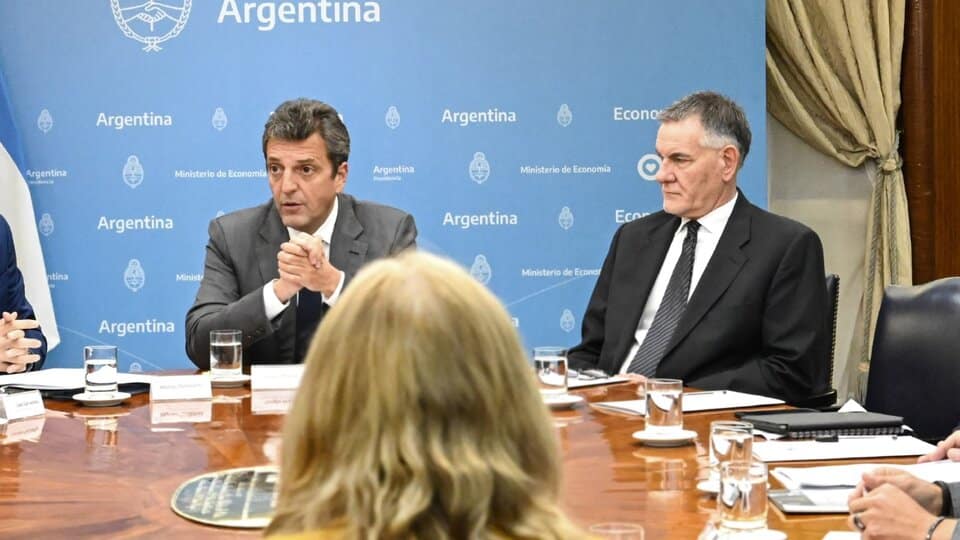 The head of the Directorate General of Customs (DGA), Guillermo Michel, revealed that the Federal Administration of Public Revenue (AFIP) obtained information from the accounts of Argentine citizens who have “8.8 trillion pesos” abroad. The reference is to 68 cases of Argentine accounts in the United States that present differences in the declarations presented to the AFIP.

The official, one of the most active behind the agreement signed earlier this week, explained that to date, “there are already 68 cases of information from Argentina that have accounts in the United States corresponding to natural persons who have There could be irregularities or it is simply a question of difference in declared balances.”

Michel also reported that “Argentina received 8.8 trillion pesos from OECD accounts from Argentines around the world, which is about $4,000 million at the official exchange rate.” In this sense, the official explained that “tax secrecy will not be violated because the only people who have AFIP are the taxpayers and their accountants or agents.” The manager stressed that “if the limit set in the Criminal Tax Law, which is 1.5 million pesos, is exceeded, the law will be invoked,” after which he added that “we are already working on updating that amount.” are doing.”

“The United States with FATCA and Europe through the OECD multilateral agreement evaluate the overall financial condition of all countries. There are countries that do not exchange information, such as Israel with Argentina,” Michel said. , for it is “Switzerland with Switzerland” with Argentina”.

“What is signed now is a massive exchange. As of January 1, 2023, we will receive every year massive amounts of information, that is, all Argentines who have income, interests that originated in the US , the United States will be informed. to AFIP,” he explained.

Later, Mitchell clarified that “the United States set up its own information network outside the OECD and called it FATCA, that is, the country that wants information from people who have accounts in the United States, they have to follow this FATCA agreement.” must be signed.”

“It allows the United States to cut off information when it wants to, as happened with the data leak in the case of Mexico. There are certain conditions in the agreement, for example, AFIP people who work with this information are going to be monitored by security cameras and you are being forced to acquire a computer security system which AFIP has already acquired”.

Michel stressed that with some countries there are bilateral agreements, tax information exchange agreements, for the avoidance of double taxation.

“The world changed in 2008 after the Lehman Brothers crisis, in 2016 the laundering by (former President Mauricio) Macri worked and was successful because OECD multilateral agreements came into force and $120,000 million came in,” Michel said.

The director of the DGA stated that “the agreement signed with the United States is something that will go so far that it will not remain for this administration but will serve other governments. Today any bank in the United States can open a bank account.” Not going.” Argentina if it has not declared it in Argentina on the basis of this signed agreement”.

Finally, Mitchell noted that “the agreement covers the 52 states that make up the union, including Delaware and South Dakota, which are the jurisdictions most commonly used to file money.”

As expected prior to the communication of the deal with the United States, there will soon be money laundering that will accompany this deal. In this sense, Michel assured that the government is preparing a draft money laundering bill to send to the National Congress, so that it will be in force from 1 January to 30 September.

The official indicated that “we are now working to send the money laundering bill to the National Congress, but the people who are going to decide are the legislators and the idea is that it will come into force between January 1st and September 30th.”

Michel explained that “there is a regime of externalization of laundered assets and it involves the return to the formal circuit of assets that have not been declared by paying fines. We did laundering in 2008, with CEDIN in 2013, in 2016, Which in my opinion, is he didn’t have too many incentives to bring in money from abroad and many people chose to drop him because he promised he would reduce personal assets and finally he ended up raising them in 2018 Gave.