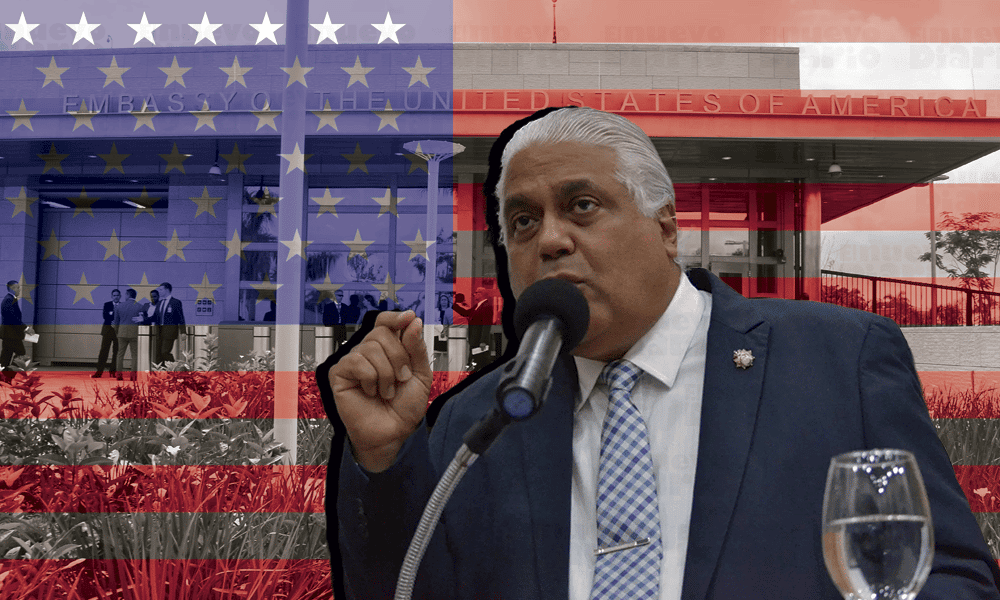 EL NUEVO DIARIO, Santo Domingo.- Lawyer Juan Miguel Castillo Pantaleón described as “slander” the statement “Warning: Reinforcement of Migration in the Dominican Republic” recently issued by the Embassy of the United States in the country, where He affirmed that American citizens should be warned that because of the color of the skin there is a type of discrimination.

In this sense, Castillo Pantaleon sees as “terrible lies” and “an unprecedented slander” that upon arrival at national ports or airports, Americans in the DR may be subject to discriminatory treatment, as any officials may not be allowed to separate. Migration has never been observed. treatment of citizens.

He added that he believed it had been “a great surprise” for the US government to learn that President Abinder was “a worthy son of his father, who was a nationalist, who made a speech in defense of the country.” “

He said that there is no doubt that the presidential rhetoric of the Ministry of External Affairs (MIREX) has been very firm.

“The foreign ministry’s response was appropriate, of condemnation and outright disapproval, it should be congratulated and supported, but it is the harvest of a relationship that has been projected to give the impression that the Dominican Republic is a country incapable of putting its own interests on the table.” In sovereignty as the first point”, he said.

Interviewed by Antena 7 on the Talk Final program, the lead lawyer explained that said statement is part of a narrative aimed at weakening the Dominican position and forcing the authorities to decide, in immigration matters, to be more flexible in terms of absorption. For a migrant population that the United States does not want access to at its borders.

“That each time the effect of a population coming from a failed state, with very high rates of morbidity due to infectious diseases, many of which have already been eradicated in the United States, a linguistic-cultural problem, a labor effect . .. because it is a migrant population with very low job skills, which presents formidable challenges and costs as it is a population with a difficult assimilation into the destination society,” the lawyer said.

He agreed that monitoring of repatriation should be higher, that the Ministry of the Interior and Police and the Directorate General of Migration should be more careful in their actions and that the business community should favor the national interest by not employing workers illegally. Dominicans and pay fair wages.