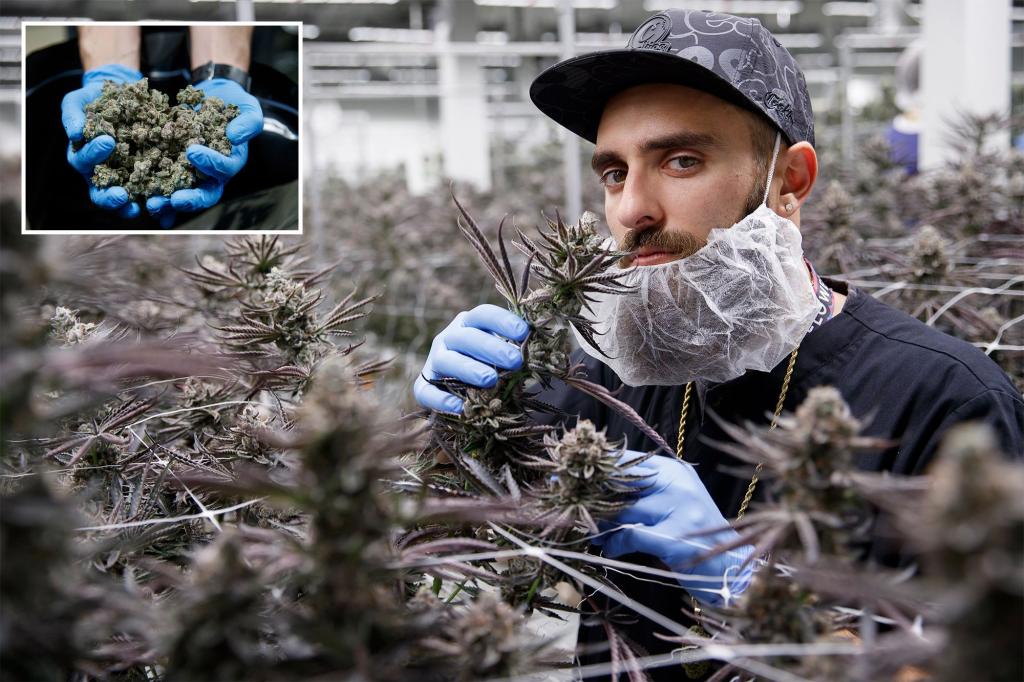 Ask 27-year-old Nick D’Amelio what he does for a living, and his answer may surprise you.

D’Amelio landed his first gig in the cannabis industry more than three years ago, when he was hired as a farming technician at the Greenleaf Compassion Center in Montclair, NJ. It was love at first seed.

“I am a weed man. I love weed. I am passionate about the plant and this opportunity is there for so many people,” he said.

D’Amelio was talking not only about medical and recreational cannabis, but also about career growth and the possibilities the industry offers. “Three years ago, I was a technician,” he said. “Now, I’m the Northeast Farming Manager overseeing three states. Where else can you grow so fast? I didn’t go to college.”

The management job is at TerrAscend in Booneton, NJ, which is D’Amelio’s second employer in the cannabis sector. There, he oversaw the construction of a 76,000-square-foot farming center, the first of its kind in New Jersey.

The benefits that cannabis brings are top of his mind. “I smoked weed with my stepfather and cousin because they were dying of cancer,” he said. “It brought them peace. It helps people enjoy life more, relax and sleep.”

The sale of recreational cannabis became legal in New Jersey in April, and it is one of 18 states where anyone over 21 can buy a limited amount of weed from a state-licensed dispensary. “People lined the street,” said D’Amelio. Till this month, there were 13 such dispensaries in the state, with more coming up.

“The cannabis industry is about to explode, and everyone is getting ready to boom in New York,” said George Jazz, president of Jazz Media, which hosts some of the industry’s major business events.

He compares this time in the history of cannabis to a period when prohibition was lifted in the alcohol industry. “The demand from customers started showing up and all kinds of jobs became available.”

Because cannabis is still federally illegal, many jobs around weed are local, given that different states regulate everything that happens “from seed to sale.” New York, where some growers of recreational marijuana already have their authorizations, is expected to come online for recreational sales in late 2022 or early 2023, which will bring about 24,000 jobs in the coming years, says New York. According to a briefing book published by the state.

The primary qualification for getting hired for any job in the industry is “enthusiasm about cannabis,” Carlson said. That said, aspiring youth can get ahead of the competition if they have some customer-facing retail experience, because “you know how to work with customers,” but employees need to learn about the products and What benefits do they provide?

To help their community together, Azhair Cannabis offers a free Marijuana Learning Center on its site that includes tutorials such as The 101, Packager/Labeler 101 and Harvester/Trimmer 101, among others.

New Yorkers may also consider the New York State Department of Labor’s Cannabis Workforce Development Program, which may be provided free of charge if you are unemployed, or online by Leafly at SUNY Farmingdale and Cannabis 101 in Cannabis Production and Management. Certificate Program Certificate can be awarded. other.

“Take the time to learn about the industry and the types of jobs required to produce and sell our products,” she said. “It’s also important to understand the requirements of the state.”

Not every function of cannabis requires direct contact with the product. Companies such as Acreage Holdings also hire for corporate positions in accounting, IT, supply chain and marketing. While many essential skills transfer well from other industries, “a passion for the plant” is a must.

The legalization of cannabis has also immediately created specializations outside the industry, as discovered by Alexis Isaacs, 33, a public relations account supervisor.

“If you had asked me two years ago if I thought I was building a career around cannabis, I wouldn’t have told you,” said the Brooklyn resident. But when she got a call from the human resources department of Chelsea-based Matteo Communications, which specializes in cannabis, her interest piqued. She now not only works at Matteo, but co-hosts the “High Priority” podcast, which features in-depth conversations with industry experts about the past, present, and future of cannabis.

Human resources executive Carissa Menendez was similarly curious when she was approached by a recruiter about a top HR job at LeafLink, a Financial District-based software company that operates in the wholesale cannabis market. The cannabis industry was in the news, and Menendez was “excited in the industry’s mission to do good,” she said. Menendez now leads human resources for LeafLink’s 340 employees, who previously worked at some of the nation’s top employers such as Apple, Etsy, Microsoft and Time Warner.

At this point in time, the cannabis industry has arrived and is full of opportunities. “There is no great resignation here,” said Isaac.

Recycle the excitement of being on Wheels