Caverns descend in ‘Well of Hell’, new clues about the arrival of humans in North America and other stories you may have missed

PBS NewsHour’s “5 STORIES” features the most interesting stories from around the world that you may have missed.

In this week’s episode:

A natural, 100-foot-wide sinkhole in the desert of Yemen’s Al-Mahra province has inspired many ominous stories over the years. Among them, that the pit is home to the gates of hell, that he could suck objects into its opening and that men would be beheaded upon entry.

The sinkhole is officially named the Well of Barhout, but it also has a more ambiguous moniker: “Well of Hell.” The 367-foot-deep cave is millions of years old and is believed to have not been discovered until members of the Oman cave exploration team landed in it on September 15.

Local folklore says that Yemen’s Well of Barhout was built as a prison for demons—a reputation stemming from its deep-seated foul smell. Photo by AFP via Getty Images

Once inside, they found no jinns, evil spirits, the gates of hell or any other evidence of local superstitions about the well. Instead, they discovered colorful geologic patterns and circular calcium deposits, called cave pearls – formed gradually over millennia by dripping water.

Spelunkers spent many hours in the pit, avoiding a large population of snakes while collecting rocks, dead animals and water samples. He hopes the artifacts will eventually reveal clues to the crater’s geologic formation.

Lead is a toxic metal that can cause irreversible damage to children’s developing brains, including learning disabilities and behavioral problems. In the 1970s, it was phased out from gas and paint in an effort to curb human exposure nationwide.

But despite efforts to control lead, a new study published in JAMA Pediatrics found that more than half of children under the age of 6 in the US have detectable levels of lead in their blood.

While the effects increase with exposure, the CDC says there is no safe level of lead. To keep you and those you love safe, experts recommend testing the soil around your home for lead content, removing lead-based paint flakes and dust from living areas, and asking your local water authority. Whether you have a lead service line in your home and how can it be replaced.

Coral reefs’ ability to provide food, jobs and climate security has halved since 1950

More than half a billion people depend on coral reefs for food, income and protection. Fragile ecosystems provide jobs, recreation opportunities for local communities, and a shoreline barrier against storms and erosion.

So, what happens when human activities start killing off coral reefs?

A September 2021 study led by researchers from the University of British Columbia explored how climate change, excessive fishing and habitat destruction all erode lowland reefs and their ability to provide essential benefits to humans.

The researchers found that the ability of reefs to provide benefits to the ecosystem has halved since the 1950s. This is the same rate at which the global coverage of live corals has declined.

At the same time, fishermen’s efforts to catch the same amount have increased, while the biodiversity associated with coral reefs has declined by about two-thirds. This is a bleak finding when considering coral reefs have one of the highest levels of biodiversity of any ecosystem on the planet.

Mexican artist Rubén Orozco is seeing the Spanish city of Bilbao as a serious problem, straight in the eye.

His sculpture of a realistic face of a young girl was installed in the city’s river at midnight last Thursday. Each day since, the 264-pound fiberglass figure appears to sink as tidal waters rise.

The sculpture, titled Bihar or “Yesterday” in English, is part of a campaign to encourage conversation around sustainability and climate change.

‘Bihar’ is the second of Orozco’s pop-up art installations in Bilbao. In 2018, a life-size statue of an older woman, titled “Invisible Soledad” or “Invisible Loneliness,” popped up on a park bench and sparked conversation about the isolated lives of the elderly.

A recently discovered footprint fossil in New Mexico’s White Sands National Park is the oldest ever discovered in North America. According to a study published last week in the journal Science, some of the prints were made 23,000 years ago, a time when the ice sheets of the Ice Age were the largest. 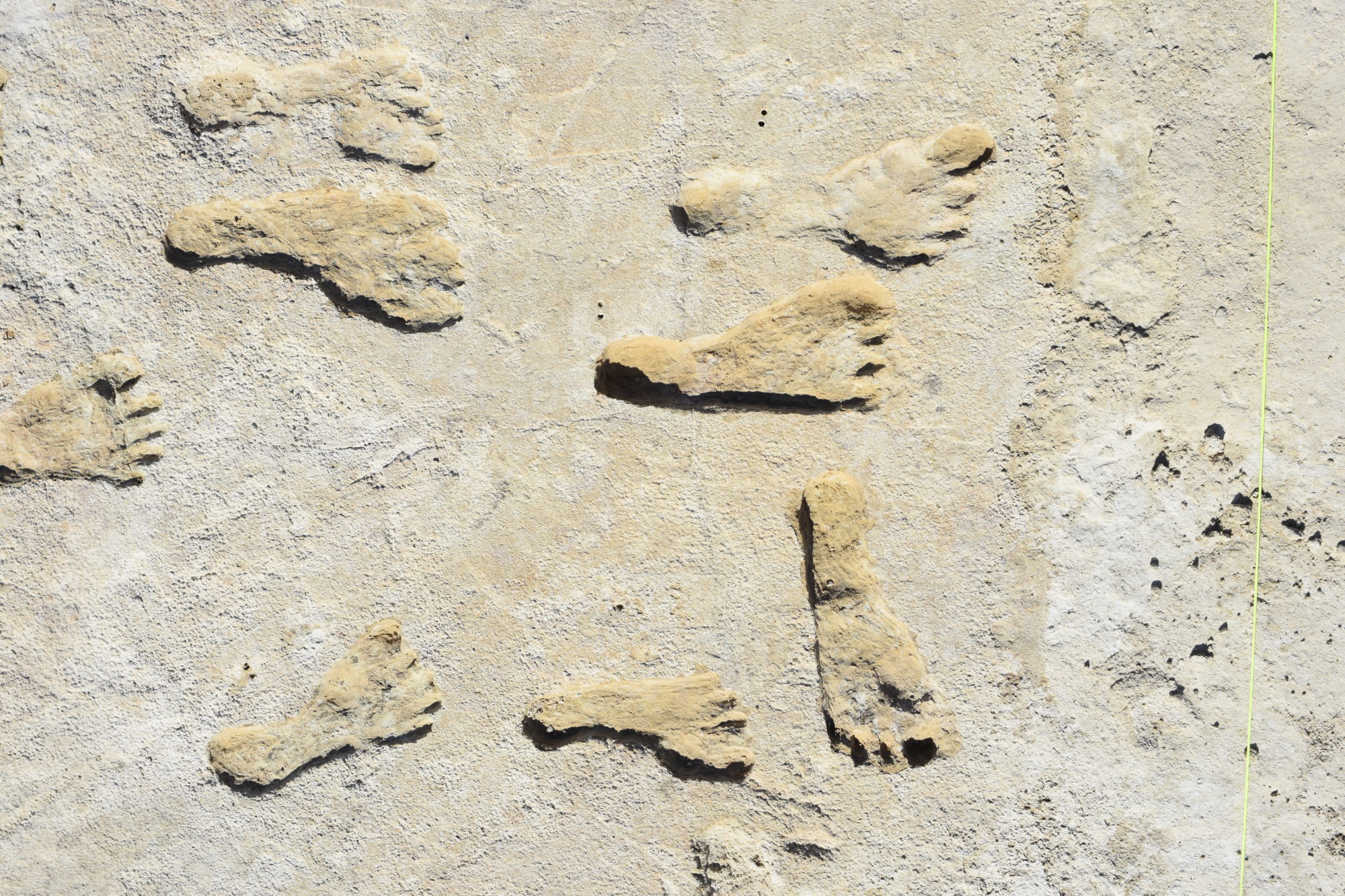 It was 7,000 years before scientists thought that humans arrived in the Americas. The discovery advances the theory that humans didn’t move to the continent until the ice sheets moved away.

The landscape is now a desert. But when these prints were made, it was a lush wetland where prehistoric animals such as mammmouths, giant sloths and dire wolves once roamed.

Researchers say most of the footprints left in the ancient mudflats were of children and adolescents, possibly at play, revealing new insights about the early people’s society.

Malky left as Baylor’s coach, but the Bears are still the Big 12 favorites

Open Jim: Should Badgers football fans be concerned about the number of players leaving the program?

Open Jim: Should Badgers football fans be concerned about the number of players leaving the program?

People traveling from Delhi to Agra or Lucknow will not have to line up on the Jamuna Expressway, FASTAG will be applicable from June...