Celac will advocate for integration and peace in Argentina 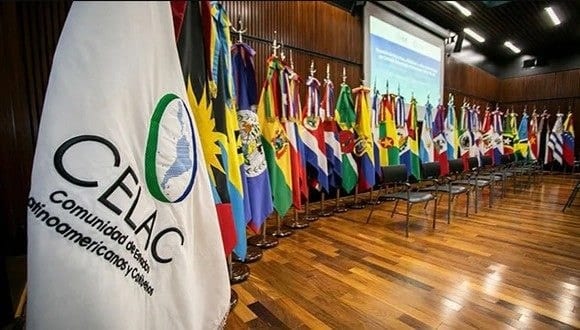 Buenos Aires, January 24. The VII Summit of Heads of State and Government of the Community of Latin American and Caribbean States (SELAC) will bring together delegations from 33 countries today in Argentina to strengthen integration and guarantee peace.

The meeting will take place at the capital’s Sheraton Hotel, will be chaired by Argentina’s president, Alberto Fernandez, and will mark Brazil’s return to that mechanism, three years after it was scrapped by former head of state Jair Bolsonaro.

In a statement, the presidency of this country indicated that the event would focus on promoting coordinated action to address current challenges and contribute to making the voices of member states heard on the global stage.

The text summarizes the actions taken by Argentina as head of SELAC since January 2022 and recalls that they were guided by the principles of unity in diversity, respect for democracy and the preservation of the region as a zone of peace.

Furthermore, it indicates that the Fernandez government acted on the basis of 15 objectives related to health strategy, economic and productive recovery, risk management in disaster situations and food security.

It also addressed the reappraisal of science, technology and innovation as tools in the service of development and inclusion, gender equality and the importance of education and culture, with the goal of closing the gap and protecting the environment.

In recent statements, CELAC’s national coordinator, Gustavo Martinez, stressed that the summit would analyze people’s concerns and also the need to increase dialogue with the European and African Union, the Association of Southeast Asian Nations, China and India.

We want to show a very united Selek internally and very open to the rest of the world, he said.

According to Casa Rosada spokeswoman Gabriela Cerruti, the event arouses great interest and will be in the context of the situation in Peru, the recent coup attempt in Brazil, the consequences of far-right policies implemented in some countries. and opposition actions to destabilize the government of Luis Arce in Bolivia.

Last October, Buenos Aires hosted the XXIII meeting of CELAC Foreign Ministers, which concluded with a call for unity, peace, security of peoples, eradication of poverty and inequalities, and an end to the economic, commercial and financial blockade from the United Nations. State for Cuba.

In addition, the foreign ministers sought the island’s exclusion from a list of alleged sponsors of terrorism drawn up by Washington and expressed their support for Argentina’s legitimate rights to sovereignty over the Malvinas, South Georgia, the South Sandwich Islands and surrounding maritime spaces. did.

taken from the latin press