Celtics’ Robert Williams held out for Game 6 vs. Bucks 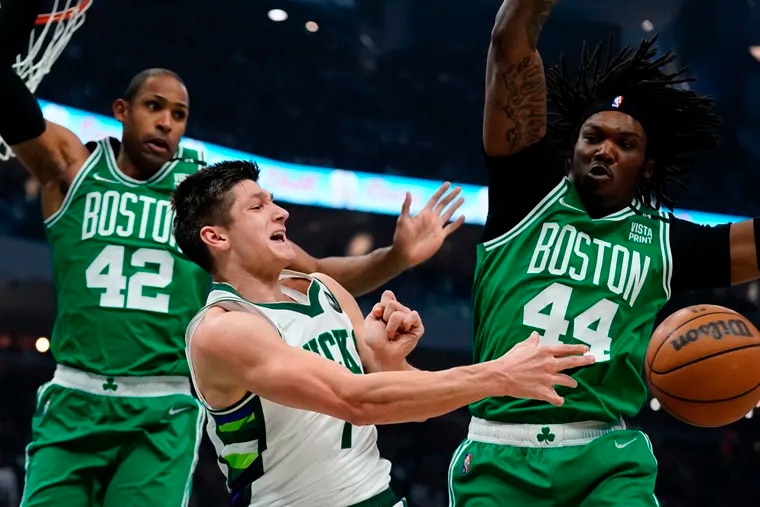 Milwaukee ( Associated Press) — Boston forward/center Robert Williams missed his third straight game with an injured left knee as the Celtics try to survive their season in Game 6 on Friday night against the Milwaukee Bucks.

Williams was listed as a suspect in the Celtics’ injury report. Celtics coach Ume Idoka said Friday on the team’s post-shoot availability that Williams suffered a knee injury during a collision with Milwaukee’s Giannis Antetokounmpo in Game 3.

“Once the swelling subsided, we learned that he had a bone injury,” Udoka said Friday before the game. “There is a high pain threshold. When he bends a certain way it limits his range of motion.”

Udoka said he didn’t believe it was a long-term issue.

The Bucks lead the Celtics 3-2 in the Eastern Conference semifinals, with the winner facing the Miami Heat. If necessary, Game 7 will take place in Boston on Sunday.

Bucks forward Khris Middleton was dismissed for the ninth game in a row after spraining his left knee. Bucks coach Mike Buddenholzer gave no indication of whether the three-time All-Star could be available the next time he plays Milwaukee after Friday.

“He’s doing well,” Bucks coach Mike Budenholzer said before the game. “He is making progress. We are optimistic, but there are no new updates.”

Read Also:  My experience in 4 Taco stores in 24 hours

Referee Scott Foster was removed from his assignment due to an illness related to COVID-19. Eric Lewis and Ben Taylor, the other two scheduled executives, served alongside Trey Maddox, with Nick Butchert alternate.

Photos: In Ukraine, it’s not just soldiers training for war

With Le Pen’s breath down Macron’s neck, is France about to have its own Brexit?

The Fed is igniting a path on inflation. Other central banks may soon follow.