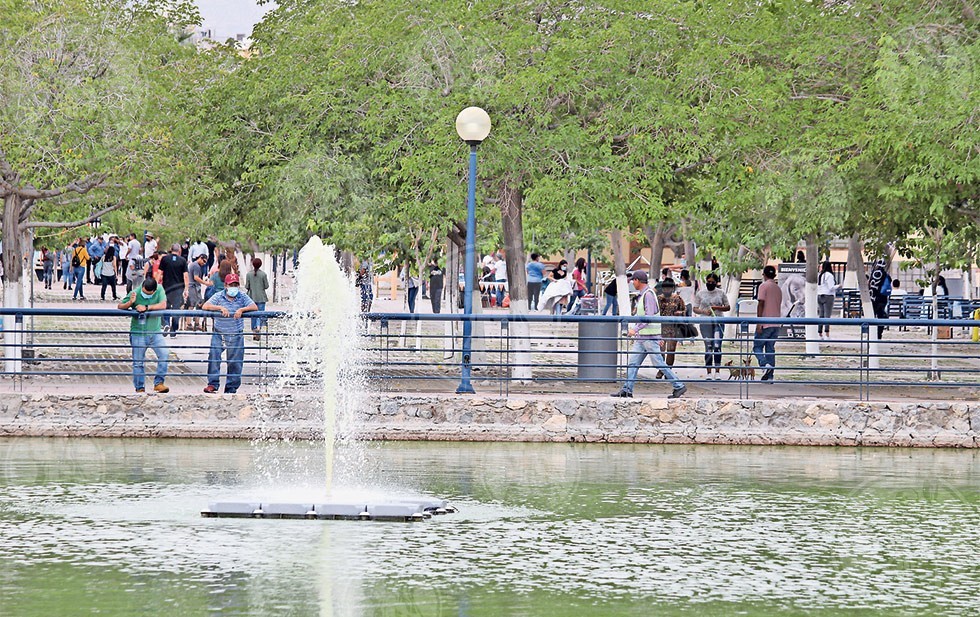 Central Park will become one of the most heavily monitored places on the border when its surveillance system is complete, which will include the installation of more than 90 cameras, drone overflights and panic buttons.

Currently, part of a network of 92 closed-circuit cameras that will be inside the park and parking lot is already operational. Site administrator Rogelio Muñoz said that when the system is complete, it will become part of the state security network linked to the Sentinel platform.

The plan also envisages the provision of four drones in case there is a large-scale incident, as well as the distribution of panic control and the training of security guards in first aid.

All this vigilance will serve to prevent the occurrence of crimes in the park, commented the official, despite the fact that the most serious cases are graffiti inside the space.

“There have actually been some battery thefts in the parking lot, but inside the park, only graffiti, serious crime has not happened. Above all, it is for women to feel safe,” she said.

He remarked that it is believed that the more women that visit a place, the safer it is considered to be. Currently the two sections of Central Park receive over 100,000 visitors per month, of which up to 53 percent are women.

In December of last year, the state governor, María Eugenia Campos Galván, announced the operation of the first 22 PTZ cameras placed in this park, which will be supported by technology including panic buttons, information modules and information banners, drones for aerial video Are included. Monitoring and guide lights.

He then stated that there is an investment of 18 million pesos in this technology, which will be earmarked for the safety of families in Juarez traveling to Central Park.

The official said the entire security system should be operational before the end of the first half of the year.

Furthermore, he recalled that this year the park would become a Decentralized Public Body (OPD), so it would be able to legally receive more investments and direct donations.

Its budget this year will be around 70 million pesos and will be directed mostly to rehabilitation work.