Chalchicomula landfill is a health and environmental risk: Profepa – Puebla 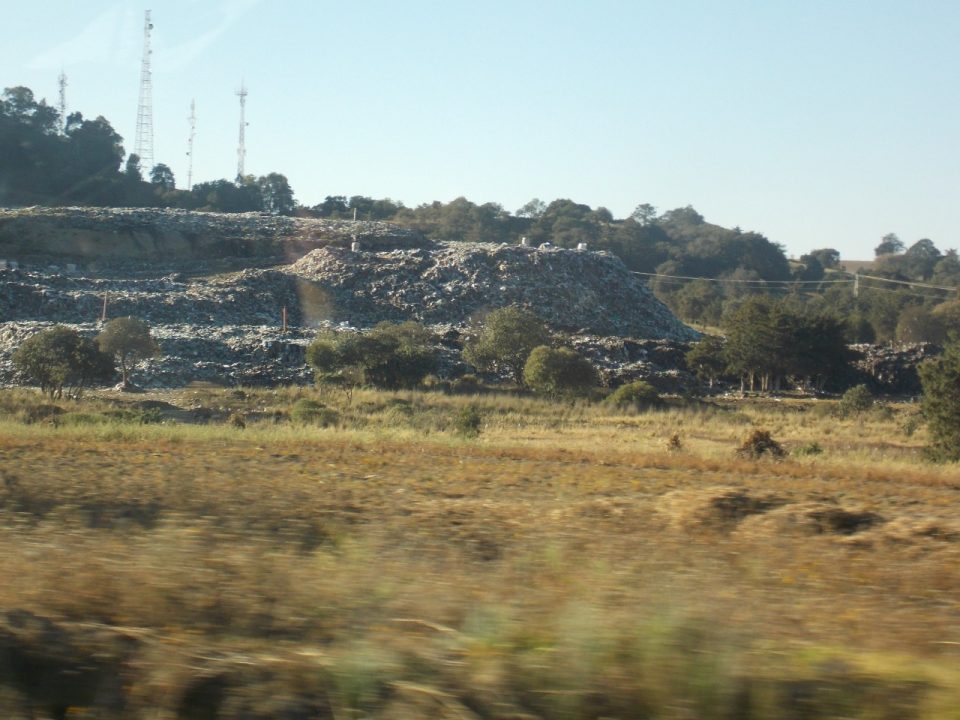 The Federal Attorney for Environmental Protection (Profepa) in the state of Puebla opened a file on the Chalchicomula de Sesma sanitary landfill and commissioned a case study of the area – which it recognized as a high health risk, contamination and potential cause. environmental disaster.

With official letter PFPA/27.1/8C.17.5/2 0 2 4 -2022, the agency informed the Chalchicomula de Sesma Collective that the open-air dump’s environmental violations had been forwarded to the PROFEPA legal sub-prosecutor’s office. Mexico City considering the relevance of the topic.

In official letter PFPA/27.1/8c.17.5/2024/2022, the agency alleged that the problem is the responsibility of the Chalchicomula de Sesma City Council to place a report on r.inter-municipal sanitary fill Financial data on payments made by that area as well as other neighboring local governments to dump their waste at that location, which became a “monumental” dump.

In October of this year, the Chalchicomula de Sesma Collective made the problem transparent and requested supervision, given the irregularities that have existed since its origin, and that the Tehuacán Intermunicipal Landfill has been saturated or closed due to social protests, as a result of which the authorities Uruviel González Vieira and the municipalities of Chalchicomula de Sesma, in charge of Tehuacán, signed an agreement on November 24, 2021, allowing daily 200 tons of solid waste of all types from Tehuacán and surrounding municipalities to be dumped in the open garbage dump of Ciudad Cerdón Transferred to. ,

To this day, the already overflowing property continues to face daily visits from trucks from other cities, questioning the fact that the groundwater in the area has been depleted due to seepage or leachate filtration, despite officials presenting no evidence. Prevent contamination and contamination of tables.

Of the complaints disclosed Profepa It has been reported that the garbage dump in the municipality does not comply with technical and ecological standards to be called a sanitary landfill, as it is an open-air dump on sandy and seismic terrain.

Expansion that has not already been controlled causes the spread of harmful organisms, pests (rodents, dogs, insects, etc.) and fires.

Citizens have voluntarily and non-partisanly carried out various protest activities and awareness of the problem that is already threatening the health of the population.

Under the name of Colectivo de Chalchicomula de Sesma, citizens have written letters addressed to the state and municipal government, campaigns to obtain signatures to protect health, disclosure in the press and social networks, but so far the actions that have been implemented are solutions. – said the members of the Collective – there are simulations that hide the seriousness of the dump, while continuing to operate and expand the landfill area without respecting the rules.

The Collective’s proposal is to cancel the agreement signed with Tehuacán and establish a solid waste treatment plant exclusively for the waste collected in the municipality of Chalchicomula de Sesma.

Head of the Institute of Municipal Management, Administration and Liaison (I left), Juan José Hernández López described the situation at the Chalchicomula de Sesma sanitary landfill as “very serious” because technically its life span had been exceeded due to the accumulated waste received from Tehuacán and that its compliance with the NOM was limited – 083 -Semernet.

Igavim that in 2020 the “diagnosis of final disposal sites for urban solid waste” has already been located, although there are serious shortcomings in the criteria for landfills, and the city council, although it indicated that the updated study will be carried out, has denied this civic observatory Public information to

In a brief interview, Hernández López classified the garbage dump within the Puebla region as a “shortage”. In their diagnosis, they documented that half of the sanitary landfills that operate present various complications related to solid waste management, compliance with federal regulations or limits.

“Of the 19 sanitary landfills operating in the state, 10 exist There are issues related to solid waste management and compliance with federal regulations.operate with limitations or avoid providing information about their operations”.