Chamber of Deputies approves ‘Plan B’ of electoral reform; goes to the senate 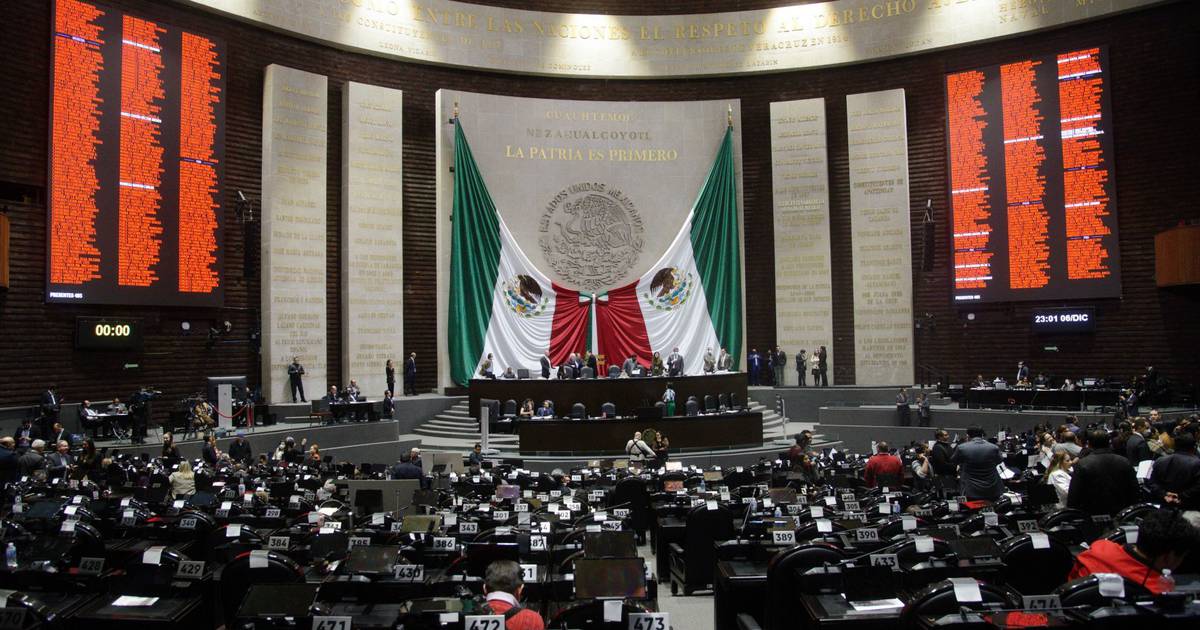 To meet the requirements of PVEM and PT, Murray agreed to revise the initiative President Andres Manuel López Obrador of reforms in various secondary laws of electoral system, in call Plan B.

For this, he presented as his own initiative the executive – so that it could be freed from all formalities and process in it. fast track– and both allies included their demands to be able to transfer votes to the coalition, shield their registry, create “little boxes” to finance subsequent elections, and comply with gender equality in candidacy , subjects which he has proposed in his own reform initiatives .

Plan B of Electoral Reforms Received 261 votes in favor and 216 votes against (from the opposition) during the early morning voting this Wednesday. The reform package has been submitted to the Senate for discussion.

261 votes in favor, 216 votes against and zero voting. They support reforms to the general law in general and to electoral institutions and procedures in particular; organization of political parties and the judiciary; and issue general law on the means of challenge in electoral matters.

The affiliated parties of the so-called 4Ts included changes to Article 52 of the General Law of Political Parties, which ” Political parties with current national registration They will keep their local registration and receive public funding in the relevant entity with the sole preservation of their national accreditation.”

“Political parties, if they so decide, may use remnants of its public and private resources For purposes that were constitutionally provided for in subsequent fiscal years, as well as for the following federal or local election, may be used. The rules determining the local funding of the parties shall be established in the relevant local legislations.

Furthermore, in Article 12 of the General Law of Electoral Institutions and Procedures, it was added that “political parties may nominate candidates General candidacy. In this case, the logo or emblem of the parties that have decided to participate in this modality shall appear in the same box of the electoral ballot. The parties must enter into an agreement for the distribution of the votes cast”.

Further, in Article 15 it is added that “by national political party which does not obtain at least three per cent of the total valid votes issued at any election held for the renewal of the executive branch or chambers of the Congress of the Union, Your registration will be cancelled, unless you have kept your registration as a local partyObtaining at least three percent of the valid votes cast, at least half plus one of the total number of federal entities where a concurrent election has been held, this will apply to the election that elects the President of the Republic, the senators and the federal councils , as well as in elections where only the Chamber of Deputies is renewed ”.

also put limits on Gender Equality in Candidatesadding that “mechanisms and rules should be established to make adjustments, if applicable, in multi-member lists after elections are concluded by the principle of relative majority. In any case, the adjustment rules should Shall apply to the political party which receives the largest number of votes, which, in coordination with the federal or local electoral administrative authority, as the case may be, shall determine by mutual agreement the transfer to be reached. Parity through the rule of adjustment. Adjustment “.

Thief With 267 votes in favor and 215 votes against, in a separate initiative, reforms to the Law of Social Communications and the Law of Administrative Responsibilities were also approved. With his constant disqualifications of the reforms, the opposition left the debate so as not to hear Murray’s position, returning only to vote against it and announce they would go to court.