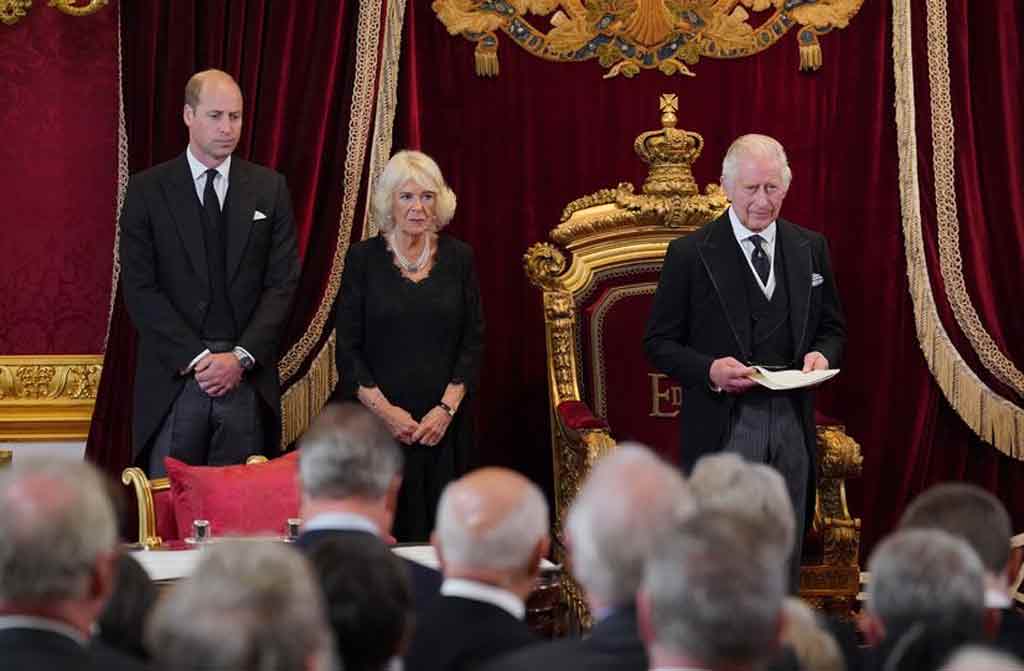 The Ascension Council formally proclaimed Charles III as the new monarch of the United Kingdom in a ceremony Saturday broadcast from St James’s Palace to the country for the first time in history.

In a purely symbolic act, since the Crown Prince automatically took over the throne after the death of Queen Elizabeth II, the last Thursday officially announced the sovereign’s death, and confirmed the new king. Went.

As he had done in his first address to the nation the day before, Carlos III praised the example, devotion, and dedication of his mother, who ruled for 70 years, and said that she would be able to fulfill her duties and responsibilities by accepting the declaration. were aware of.

The 73-year-old new monarch also took an oath to uphold constitutional government and to seek peace, harmony and prosperity for the people of the United Kingdom and the 14 British Commonwealth countries and territories where he is recognized as the head of state.

By tradition, the proclamation was read to the public from one of the balconies of the palace in central London, a task that would later be repeated from the old Stock Exchange building in the City of London and in each area. that make up the United Kingdom.

According to reports, one of the orders approved by Carlos III this Saturday was to declare the day of Elizabeth II’s funeral as a holiday, the exact date of which is yet to be announced.

The longest-reigning monarch in the history of the British monarchy died at the age of 96 in Balmoral, Scotland, surrounded by other members of the royal family.

Elizabeth II’s coffin will be moved later this week to Holyrood Palace in Edinburgh and then to St Giles’ Cathedral, so the Scottish public can pay tribute before moving her to London, where funeral services will be held.

A state funeral will likely be held on 19 September with heads of state and foreign dignitaries in attendance, but neither the royal house nor the British foreign ministry have yet offered details on the matter.