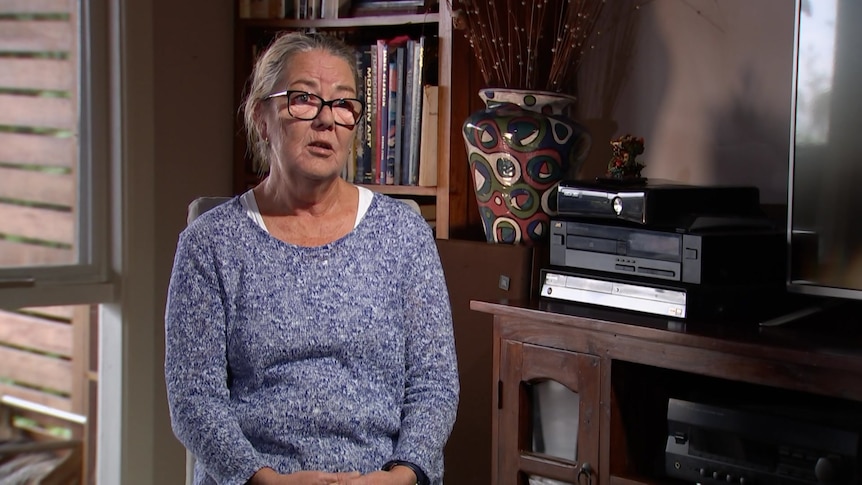 Cheryl Millership was devastated when she found out her four decades as an art teacher and ceramicist had caused her to develop a chronic lung disease.

Her 2018 diagnosis of silicosis forced her to abandon the career she loved, most of which she had spent on Victoria’s Mornington Peninsula.

“Making something with your hands is a really beautiful thing to do,” Ms Millership said.

“My favorite part of the job is definitely the look on the kids faces when I take something out of the kiln.”

She had to stop teaching and making ceramics four years ago after she was diagnosed with silicosis, a condition she developed after spending decades teaching in what she described as small, poorly ventilated rooms working with clay and cleaning up after her students.

“I did a lot was cleaning up after them and trying to keep the area clean is a big part of a ceramic teacher’s job,” she said.

“I was aware that I couldn’t have too much dust floating around in the room, so you’re cleaning constantly.

“Virtually every surface, including the floor everywhere, is going to have clay on it.”

She suspects her cleaning regime prolonged her exposure to silica dust and left her vulnerable to developing silicosis.

After a change of schools she found herself assigned to a particularly dirty classroom, where she developed her career-ending cough.

“I developed a really severe like coughing fits, like almost asthmatic where you can’t quite get your breath,” she said.

She was eventually diagnosed with what is known a ‘simple’ silicosis in 2018 from prolonged exposure to crystalline silica dust.

“Initially I was devastated and I was afraid, because the only kind of silicosis I’d heard of was the very aggressive kind,” Ms Millership said.

While her variant of silicosis is not as aggressive as others, the symptoms still affect her daily.

“It means I’m breathless doing certain exercise, it means there’s some limitations on me,” she said.

“So that was the end of my life as a ceramics teacher.”

WorkSafe recently amended existing silicosis regulations to put the onus on employers warn their workers of the dangers of working with crystalline silica products, and complete risk assessments to better protect staff.

Despite Ms Millership’s claim being accepted by WorkCover, the Victorian Department of Education indicated the new regulations would not apply to activities that typically occur in school art rooms.

“Cheryl’s case shows that there is a risk to the health of a person in the workplace from being exposed to crystalline silica,” she said.

“We would say that they fall under the regulations, because there’s a process being carried out and a workplace being the school that exposes a worker to crystalline silica dust.”

Ms Sim said it was not always obvious which industries could expose workers to crystalline silica.

“It’s not something that springs to mind when you graduate from your teaching degree that you might suffer from a respiratory illness as a result of your work,” she said.

“It’s whether or not the department in itself is aware and taking those precautions to minimize the risk to their employees.”

WorkSafe data shows the number of silicosis claims have been steadily decreasing since 2019 and the majority of claims are still coming from the manufacturing and construction industries.

A handful are emerging in less obvious industries, including education, electricity, gas, water and waste services, transport, postal and warehousing.

Further amendments to the regulations will come into effect on July 1, making it easier for silicosis sufferers to access compensation.

Ms Millership said the risk of her developing silicosis was exacerbated because none of the rooms she worked in over the years were built for a ceramics course.

“After my diagnosis, I didn’t see any action from the department,” she said.

“I think they need to make people aware that there’s a risk and I think that when they ask people to teach ceramics, it should be in a purpose-built room that has a proper exhaust and has a better cleaning regime.”

In a statement the Department of Education said there were policies in place for handling dry clay.

Ms Millership said the policies did not do enough to protect her and that not enough ceramics teachers knew the dangers of crystalline silica.

“I don’t think there’s been anything happening in terms of addressing that risk for ceramic teachers in our schools,” she said.

“I feel worried for people that are still working, are still doing the job but they don’t have any awareness that they’re putting themselves at risk every day and that bothers me.”

The Generalitat has recommended that mask use be resumed indoors following a huge increase in ICU hospitalizations and critical patients.

Exercises to get a flat stomach without leaving the towel

From Realme 8 Pro to Oppo F 19, these excellent smartphones will be launched in March

Hyundai i20 N Line premium hatchback to be launched on August 24, features great