Chicago Bulls are eager for a rematch with Grayson Allen after Alex Caruso’s injury: ‘If guys want to play chippy, let’s play chippy’ 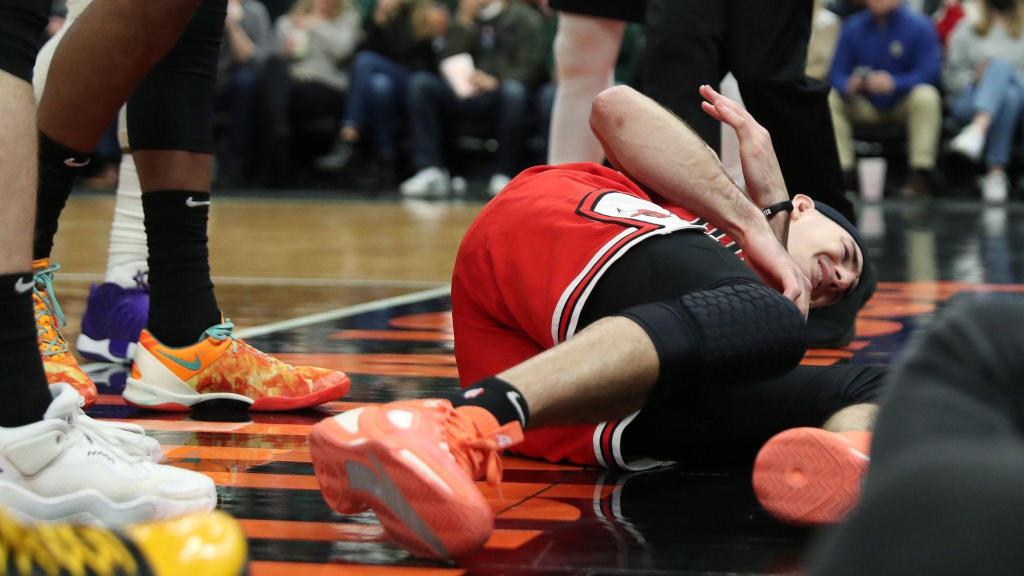 As the Chicago Bulls prepare for a rematch Friday against the Milwaukee Bucks, coach Billy Donovan attempted to urge restraint.

Donovan knows his team is still furious with an anger that has been festering Jan. 24. The game resulted in a 94-90 loss, but the bigger blow came in the third quarter when Bucks guard Grayson Allen barreled into Alex Caruso midair, wrenching the Bulls defensive specialist to the court and fracturing his right wrist.

Bulls players didn’t hold back on Allen after the flagrant-2 foul. Caruso has been sidelined since.

“We’re not getting that back. We’re not getting back what happened,” Donovan said Thursday. “I think we’ve got a lot more things we should be focused on as a team. I would expect our guys are professional and they’ll handle themselves the right way. … Everybody’s disappointed that Alex had to sit out for this period of time, but we’ve got to keep our mindset focused.”

But center Tristan Thompson isn’t having any of it.

Thompson wasn’t even on the Bulls roster when the incident occurred — although he was in Milwaukee that night as a member of the Sacramento Kings, preparing to face the Bucks the following night. Even as a late addition, however, Thompson said the foul brought out an edge in his fellow Bulls players.

Read Also:  Kiszla: Take two aspirin and call the sick. After a 23-7 loss, Broncos Country has a football hangover again.

“(Expletive), take one of my dogs out like that, we’re going to have issues,” Thompson said. “You’ve got to set the tone. That’s what Bulls basketball’s about: setting a tone. What he did affected one of our guys and I don’t think anyone should forget about that.”

The Bulls defense was 10th overall at the start of 2022 and 17th on the night of Caruso’s injury. Since then, they’ve continued to slide down to 20th while struggling to contain opponents.

Without Ball and Caruso, the Bulls are missing bite in perimeter pressure, forcing less steals and suffering lower production via fast break offense. But after a frustrating 130-124 loss to the Hawks, Donovan said he doesn’t believe Caruso and Ball’s return will fix the defense on its own.

Read Also:  Kraken center Yanni Gourde, striker Riley Sheahan, assistant Jay Lich will be included in the COVID-19 protocol, Blue Jackets and others will not be available.

For the Bulls, Friday’s game would be just as vital without a revenge arc. The Bucks are jockeying for position in the East, sitting only one game back from the Bulls as they attempt to climb to the top of the crowded standings. The Bulls were first a week ago, but three straight losses dropped them to third.

A fourth loss could send the Bulls down another rung ahead of a challenging trip to Philadelphia to face the 76ers. With little margin for error, the Bulls’ primary focus will be on Giannis Antetokounmpo, not Allen — but Thompson said that doesn’t mean there won’t be room for some extracurricular action.

“If guys want to play chippy, let’s play chippy,” Thompson said. “I like a little blood and sweat, so I enjoy it. I like to wrestle, everyone knows that.”

Yemen has taken a step towards a comprehensive peace deal: UN envoy

Liberty Media CEO on F1 development: ‘We are in great demand’