Chicago Bulls fall to 0-16 vs. the top 3 teams in each conference after a 28-point loss to the Milwaukee Bucks 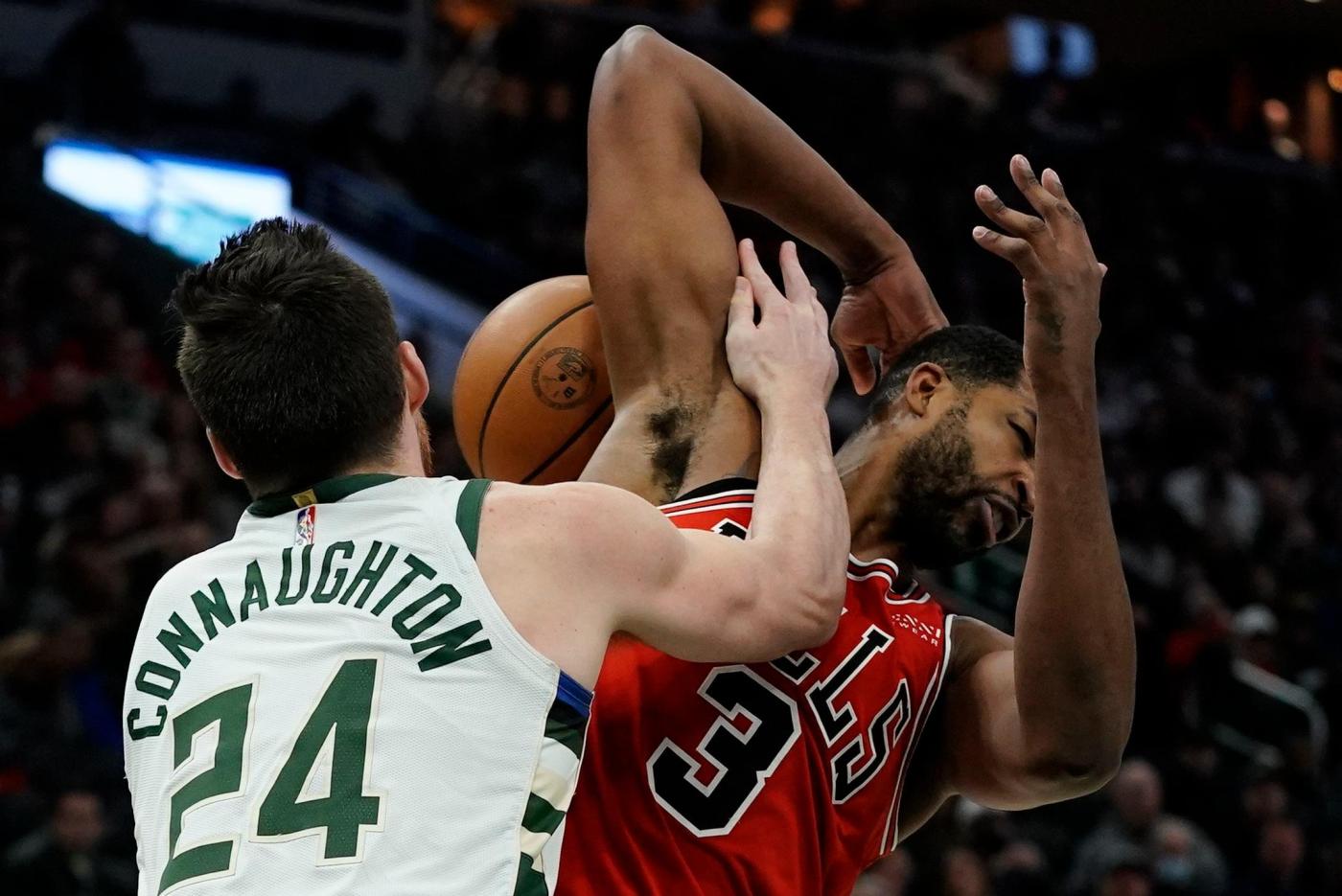 There were times this season when the Chicago Bulls looked strong and sharp enough to match the Milwaukee Bucks.

Tuesday night was not one of them.

The Bulls dropped their third game in as many meetings with the Bucks in a demoralizing 126-98 blowout, reigniting concerns over their postseason viability after the brief respite of Monday’s win over the Toronto Raptors.

The Bulls are now 0-16 against the top three teams from each conference: the Miami Heat, Bucks and Philadelphia 76ers from the Eastern Conference and the Phoenix Suns, Memphis Grizzlies and Golden State Warriors from the Western Conference.

Although Monday’s win stopped the bleeding momentarily, the Bulls have tumbled from the top spot in the East to fifth. And their grip on that position could slip with a loss Saturday to the Cleveland Cavaliers, whom they lead by one game.

After Tuesday’s loss, coach Billy Donovan and DeMar DeRozan described the mood in the locker room with the same word: frustration.

“At some point we’ve got to get tired of getting our butt kicked like this and flip that switch of understanding that enough is enough,” DeRozan said.

The defensive intensity that fueled the win over the Raptors the night before evaporated in Milwaukee. The Bulls couldn’t combat the Bucks in the paint — or at the 3-point line or in the midrange.

Any team that visits Milwaukee has to face the inevitability of Giannis Antetokounmpo. At this stage of his career, a 25-point night from Antetokounmpo feels rather run-of-the-mill. But the Bucks were thorough in their route. Jrue Holiday led them in scoring with 27 points, and five others finished in double digits: Pat Connaughton, Wesley Matthews, Serge Ibaka, Brook Lopez and Grayson Allen.

The Bucks took their first stab in the opening quarter after Coby White fouled Connaughton on a haphazard 3-point attempt, gifting the first three points of an eventual 15-0 run. From there, the Bulls often looked disoriented in transition, missing assignments and fumbling switches to allow easy baskets.

Lopez sank two 3-pointers without a single defender even motioning toward him in the second quarter. In the fourth, Allen retrieved a tipped ball and dribbled it from his backcourt to the Bulls rim without contest.

Although the Bulls briefly pulled back within 10 points in the third quarter, the Bucks punched back just as quickly with a 14-3 run to reclaim a 21-point lead by the end of the quarter. The Bulls didn’t score in the final three minutes of the third, allowing the Bucks to settle in for a cruise to the win.

“You’ve got to be able to shut runs off,” Donovan said. “You’re not going to be perfect. You’re going to make mistakes. But it’s about how long those mistakes go on and do they end up becoming a run. There was too many runs in the game where some of it was things that we had an opportunity to control.”

When they attempted to probe the paint, the Bulls were immediately bullied by the towering presences of Antetokounmpo, Lopez and Bobby Portis. Rather than invite contact, the Bulls shied away from it.

The Bulls didn’t go to the foul line until only 35.8 seconds remained in the first half. Instead, they settled for jacking up jumpers, an approach that grinded their offense to a standstill. The Bulls scored four fast-break points and took 13 free throws.

The Bulls are the second-best 3-point shooting team in the league, hitting 37.2%. But their offense isnt designed to live and die by the 3-point line. Their accuracy stems from discerning shot selection — their 29.2 3-point attempts per game are the fewest in the league.

Despite making 13 of 33 from 3-point range Tuesday to keep their scoring afloat, the Bulls couldn’t create any offense downhill, allowing the Bucks to fully control the rhythm of the game. By the end of the first half, the Bulls’ jump shots were tinged with desperation.

“We just can’t flinch,” Caruso said. “When stuff doesn’t go our away, we’ve got to figure out a way to steady the ship.”

The loss marked the start of a five-game stretch on the road — a weak point for the Bulls, who are 16-20 away from the United Center this season. They have lost seven of their last eight on the road.

The rest of this road stint features only one team — the Cavaliers — who are currently in playoff position. But that relative advantage could be offset by the Bulls’ inability to win on the road.

As the Bulls prepare their young roster for the postseason, DeRozan said this four-game stretch will be a key to toughening up the team’s mentality.

“Sometimes it takes somebody to get hit in the mouth and get knocked down to get upset, kind of fight back and come out swinging,” DeRozan said. “You’ve got to have that mentality before you get hit. You’ve got to be the one that comes out swinging and show that and be desperate.

“We can’t wait throughout the games where we look up and we’re down 10, 15 points and try to rally back. Because it’s too tough of a situation.”