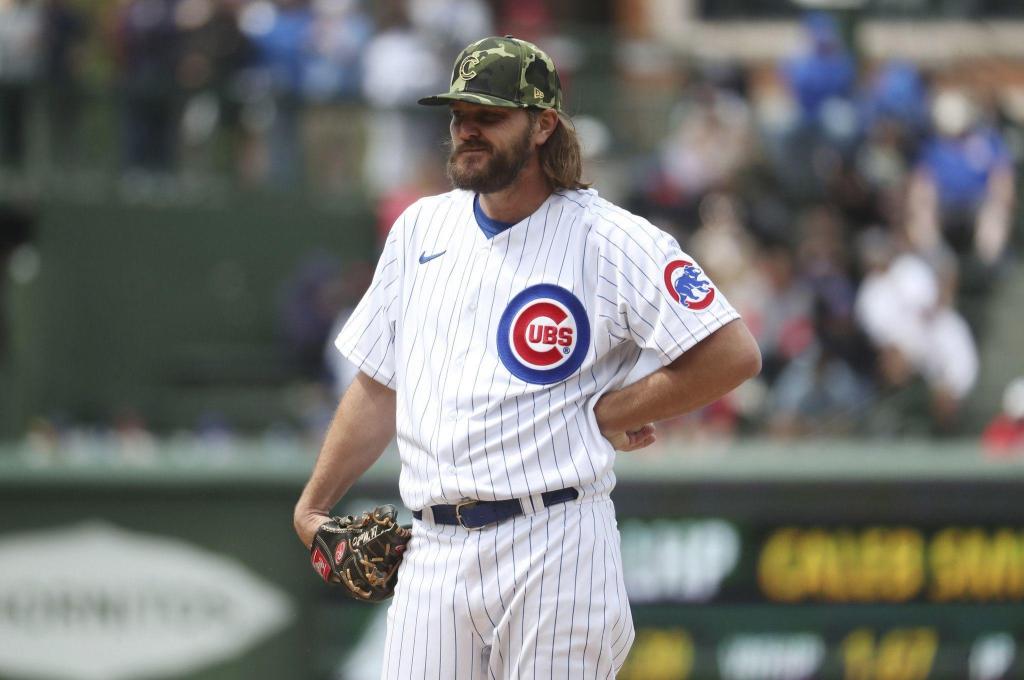 Wade Miley’s return from the injured list was short-lived.

The left-hander experienced a 15-day IL landing on Sunday with a left shoulder strain. The move comes after just three starts for the Chicago Cubs, when he was sidelined all spring training with a left elbow swelling. Miley, 35, started a rehab before the Cubs’ debut on May 10.

To replace him, the Cubs recalled right-hander Mark Leiter Jr. Miley expressed optimism for the Tribune on Saturday when she discussed her shoulder trouble. He felt a bit off during his last start on May 22, but was able to pitch through. Ultimately, the Cubs choose to let Miley heal completely on IL rather than risk it.

“I don’t think it’s a big deal,” manager David Ross said of Miley’s injury. “He’ll be back soon. I’m not too worried.”

Leiter could give the Cubs the innings, which the pitching staff will need this week with two doubleheaders and no days off.

Right-handed reliever Chris Martin went on the mourning list ahead of Sunday’s game and received his first major league call-up, which should become official on Monday, triple-A outfield prospect Nelson Velázquez shared on Instagram. The Cubs would need the 27th man for the doubleheader in addition to a replacement for Martin.

“You have to take each game individually and give yourself a chance to win that game,” Ross said. “And if it doesn’t look like it’s a possibility, you mentally try to keep tomorrow in mind with all the shifts to come.”

Right fielder Seiya Suzuki did not start on Sunday due to a sprain in his left ring finger. He played catch pregame and was expected to hit the cage to test the finger. Ross said that Suzuki would be available to pinch if he came out of pregame activities feeling well.

Everything you need to know about COVID-19 in Alberta on Friday, Feb. 18 | Nation World News