China appointed its ambassador to the US as its new foreign minister. 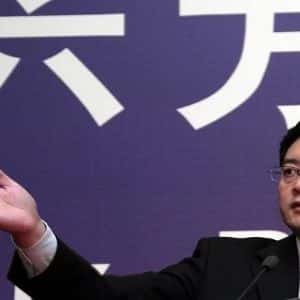 Chinese President Xi Jinping on Friday appointed diplomat Qin Gang, who was till now ambassador to the United States of America (USA), as the new foreign minister.

China responds to the US with military exercises near Taiwan

The new foreign minister will replace Wang Yi, who has led the work of the foreign ministry since 2013 and earned the respect and admiration of his counterparts in other countries.

According to the press, Qin Gang was born in 1966 in Tianjin (North-West). His career in diplomacy began in 1988. He has held various positions in the Ministry of Foreign Affairs and in Chinese missions abroad.

In addition, he was the Deputy Foreign Minister since 2018 and took over as the Ambassador to the US in 2021.

Wang Yi, who has been China’s foreign minister for the past decade, was elected as a member of the Political Bureau of the Communist Party of China at the 20th Congress and is expected to become the party’s top foreign policy leader.


As for Wang Yi (Beijing, 1953), he has a long service record since he joined the Ministry of Foreign Affairs in 1982. Among other assignments, he was ambassador to Japan and served as chancellor for a decade.

The new Chinese foreign minister strongly opposed a visit to Taiwan last August by Nancy Pelosi, the then-Speaker of the US House of Representatives.

He then added: “25 years ago, Speaker (of the House of Representatives) Newt Gingrich visited the Taiwan area. It was a mistake. The Chinese side was strongly opposed to it from the beginning. The US side should instead learn a lesson Was.” repeating the same mistake. A mistake cannot be justified by committing a new mistake of the same nature.”

He stressed that China has the right to defend its sovereignty and territorial integrity (…) The current situation is created by the US side. Of course, they should take responsibility. Achieving reunification is the firm and resolute will of the entire Chinese nation. China’s national sovereignty cannot be violated. The Chinese people cannot be humiliated. China’s reunification cannot be stopped.”