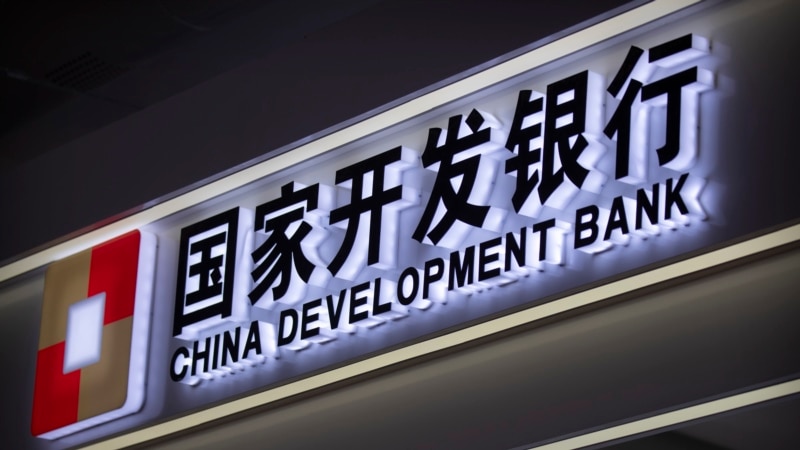 China’s debt of millions of dollars to Latin American governments has stalled. No new state-by-state loans have been issued in the last two years. According to experts, however, China has instead preferred commercial loans for its companies’ projects in the region.

Since 2005, the Policy Bank of China has been lending to countries in Latin America and the Caribbean, the top three recipients being Brazil, Ecuador and Venezuela, often with conditions guaranteeing Beijing’s access to those countries’ natural resources. The sector borrowed $138 billion from the China Development Bank and the Export-Import Bank of China (Exim), disbursed in 117 loans. across the region,

This trend accelerated with the global financial crisis in 2008, which reduced financial options for emerging markets. Countries such as Argentina, Ecuador and Venezuela were deeply indebted to Western institutions and turned to Beijing.

China’s debt to the governments of Latin America and the Caribbean reached a peak of $34.5 billion in 2010; However, the financing came with conditions. According to Stephen Kaplan’s book, Globalization Patient Capital: The Political Economy of Chinese Finance in America, those conditions include requiring the borrowing countries to pay back a portion of their debt with oil; to buy Chinese products such as machinery; Or to give Chinese firms access to industries including telecommunications and energy.

Recently, Chinese banks have been focusing on financing Chinese firms operating in this sector, According to a March report by the Inter-American Dialogue and the Boston University Global Development Center.

Two decades ago, Chinese firms “had no connection to the sector. They didn’t know anyone. They didn’t understand the operating environment.” [or] investment climate,” said Margaret Myers, one of the report’s authors and director of the Asia and Latin America program at the Inter-American Dialogue in Washington. Therefore, the earlier strategy of conditional lending to countries was “a sort of natural means by which to help establish Chinese companies.”

Now, Myers told VOA, Chinese companies “have the network, well, so, they don’t need that help anymore. They can attack their deals. They can find opportunities of their own, and now “They just need finance to be able to do all this. So, it’s a very different mechanism.”

China’s policy banks stopped making new loans to Latin American governments in 2020. Instead, the new Chinese financial approach to the sector focuses on private financing initiatives in the energy, mining and infrastructure sectors. In 2020 and 2021, Chinese state-owned commercial banks, including the Industrial and Commercial Bank of China, provided 12 loans in Argentina, Brazil, Colombia, Mexico and Peru. These loans are dedicated to projects with a Chinese component such as a Chinese firm working in partnership with a local company.

While the earlier lending strategy enabled Chinese companies to become established in Latin American and Caribbean markets, borrowing governments became heavily indebted. In his book, Kaplan argues that the loans were made in relation to countries’ ability to repay, which encouraged them to “spend beyond their means, catalyzing future debt problems.”

China has a debt of about $ 5 billion on Ecuador, equal to 11% of its total external debt. Forty-two percent of that debt is expected to be repaid by oil by 2024.

When Ecuadorian President Guillermo Lasso visited China in February, he discussed the possibility of reducing the debt from oil and extending the period to pay it back.

PetroEcuador is now negotiating again with oil and gas company PetroChina to change the formula that calculates the price of oil and extend the terms of contracts to be able to sell some oil on the open market.

After Lasso’s meeting with Chinese President Xi Jinping, China’s state news agency, Xinhua, reported that Xi expressed the hope that “Ecuador will continue to provide a fair and convenient business environment for Chinese enterprises to invest and operate in Ecuador”. Will keep.”

The VOA sent several inquiries for this story to the Chinese embassies in Ecuador, Venezuela and Washington but received no response.

Myers said China’s break on lending to regional governments may be partly driven by concerns over those governments’ ability to pay back their debt.

“China has faced this problem before the pandemic, and during the pandemic it has become even more of a challenge,” she said. “We have also seen efforts by China to restructure the terms of some installments of debt in Venezuela and Ecuador.”

George Heine, a member of the China Global Initiative at Boston University’s Global Development Policy Center, told VOA that China “burned its fingers” with Venezuela, where the government “owed China $19 billion … and payments are uncertain.” ”

Venezuela’s oil production experienced a decline from 2015 to 2021. China had given a grace period on the principal payment as Venezuela pays interest on the debt.

Hein suggested another reason China shifted its borrowing from governments to companies in Latin American so that Beijing could “focus more [domestic] growth and internal investments in the years to come.”

Hein said Chinese companies no longer rely on conditional loans to secure construction contracts. Now, they are able to compete openly for contracts in countries whose governments have not borrowed from China, such as Chile, Colombia, Mexico or Peru.

“Chinese companies have realized that in order to participate in projects in Latin America they must be able to win them in open tenders, open competitions, because if not, they will not have access to the projects,” Heine told VOA. .

Despite recent changes in lending strategies, analysts expect China to continue ties with Latin America, sell more products in the region and gain access to new sources of oil.

US lawmakers went beyond the White House in helping Taiwan

Will China’s invasion of Taiwan go all out? Here is Beijing’s answer

US expresses concern over Xinjiang report on genocide

Why did China threaten America?

US angers China by announcing $1.1 billion arms package for Taiwan

US concerned over China’s crimes against Uighurs