With freeskier Gu Ailing winning gold medal at the women’s halfpipe on Friday, Team China has amassed a record of eight gold medals at the Beijing Winter Olympic Games, three more than the previous record of five at Sochi 2014; while for world winter sports, a bigger success is 1.4 billion people watching the Games, many for the first time, as their growing interest in the events, athletes and mascots could change the global landscape of winter sports. Observers pointed out that China’s outstanding performance, inside and outside the venues, proved the International Olympic Committee’s (IOC) decision to have Beijing host the Winter Games a successful choice. Beijing is making the high-level winter sports competitions, public engagement of winter sports, and the Winter Olympic Games itself different since 2022.

Data can tell what kind of attention Beijing 2022 had received. TV viewership in China reached 2 billion hours in the first week, 15 percent higher than the total viewing hours of Sochi 2014 and Pyeongchang 2018 combined.

Among 1,351 to aged between 12 and 60 from Chinese cities, 74 percent watched the Winter Olympics live on TV or smart devices, 71 percent on playback, and 60 percent highlights, which combined shows a 99 percent viewership, according to an online poll conducted by the Global Times Research Center in the past three days. 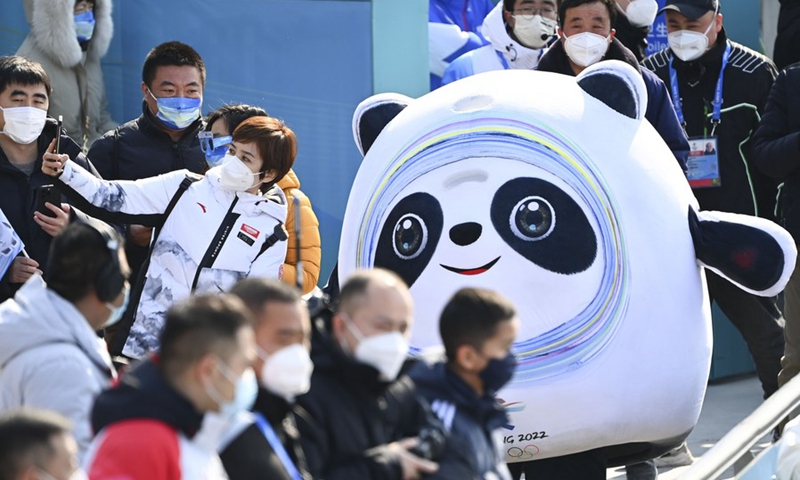 Gu Ailing’s snack recommendations, prodigy skier Su Yiming’s gold medal as a coming-of-age gift for himself, figure skater Yuzuru Hanyu’s unswerving challenge for difficult jumps, the love-hate relationship of Chinese and South Korean shot-track speed skating teams and the scramble for Bing Dwen Dwen are among the topics that kept 1.4 billion Chinese in a festive mood for the past two weeks.

Ni Yuan, a 37-year-old Beijing resident who seldom watched winter sports before except figure skating, renewed her membership in the Migu video platform, an authorized online broadcaster of the Beijing 2022, after Team China’s first gold on February 5 in the mixed team relay final in short track speed skating.

“It was really exciting. Speed ​​was not the only thing skaters should care about, as team strategy and arrangement are also very important. [Chinese athletes’] Solidarity, younger skaters’ courage, and the seasoned athlete’s persistence are very touching,” Ni told the Global Times.

Read Also:  Champions League final: what you need to know

Since then, watching Winter Olympics became Ni’s evening routine and she also joined the buying spree online for the mascots and figure toys of Gu Ailing.

Ni is not alone considering the popularity of Bing Dwen Dwen and the difficulty to snap one.

Game watchers said, young or old, one can hardly resist the charm of Gu and Su, who performed incredibly in their events and bagged gold and silver medals, but also showed qualities of persistence, courage and confidence and the spirit of “faster, higher , stronger, together.”

Children are also attracted by the excitement of sports and Olympic spirit through Beijing 2022, as Wang Ye, a 6th grader, found curling “full of fun” after watching it during the Winter Games.

As his school offers off-campus physical education classes at a training center in Zhangjiakou, Wang tried curling in person for the first time on Thursday and immediately fell in love with it.

Zhou Zhen, a skiing instructor based in Beijing, told the Global Times on Friday that the Winter Olympics displayed how cool and exciting winter sports are, which attracted not only young people but also parents who expected their children could be braver and more confident by doing the sports. 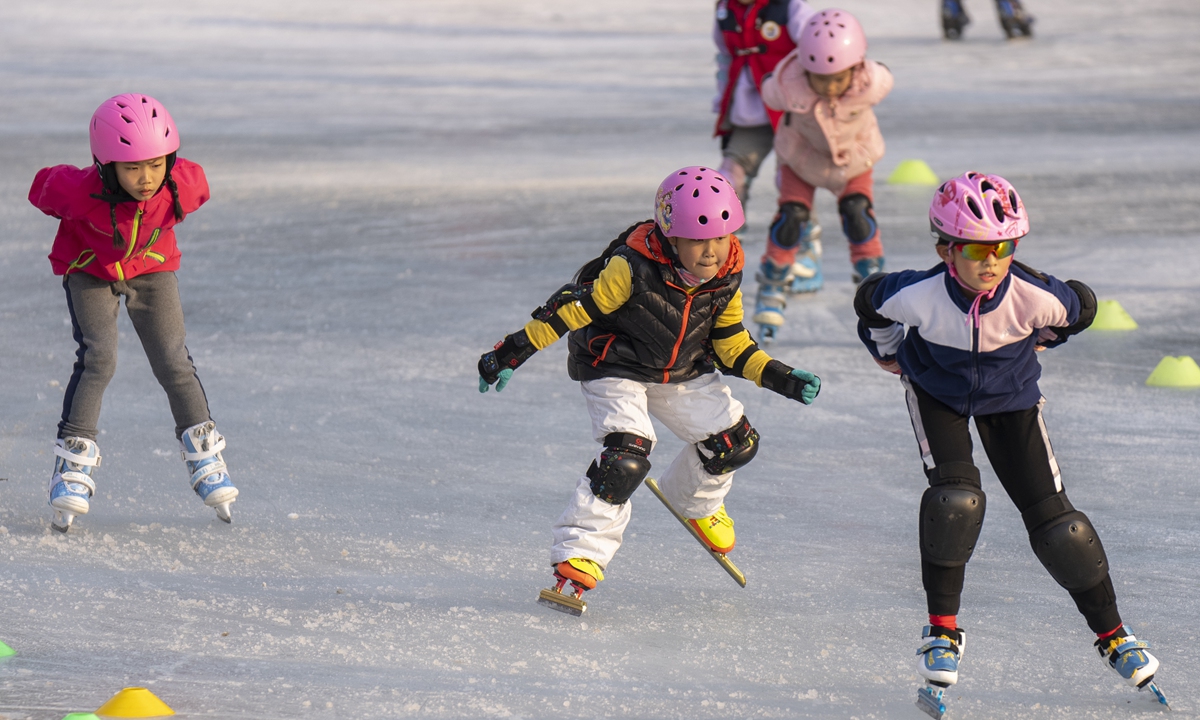 Beijing to China, China to the world

Zhou, currently instructing at a skiing resort, noted a spike in the number of skiers since the Olympics started. Visitors increasing in winter is normal, but the number jumped in the past weeks and many were first-time skiers inspired by the Games, Zhou said, noting that his counterparts found a similar trend in other resorts across the nation.

Yi Tong lives in Shenzhen, a tropical city in South China’s Guangdong Province. She became so interested in skiing by watching Gu Ailing that she developed a skiing trip plan.

“I never thought skiing would have something to do with me. But after reading about the technology of ‘dry snow’ a few days ago and knowing Shenzhen has such a facility, I planned a skiing trip for the next weekend and may try real snow in the north for a vacation,” Wang told the Global Times on Friday.

China, a nation of 1.4 billion, is increasingly connected to the world by winter sports through the Beijing 2022. Chinese people are watching, discussing and participating just like people overseas.

The Washington Post pointed out more people are engaging with the Games through smartphones and the Olympics may be more popular than ever, citing a media studies scholar. 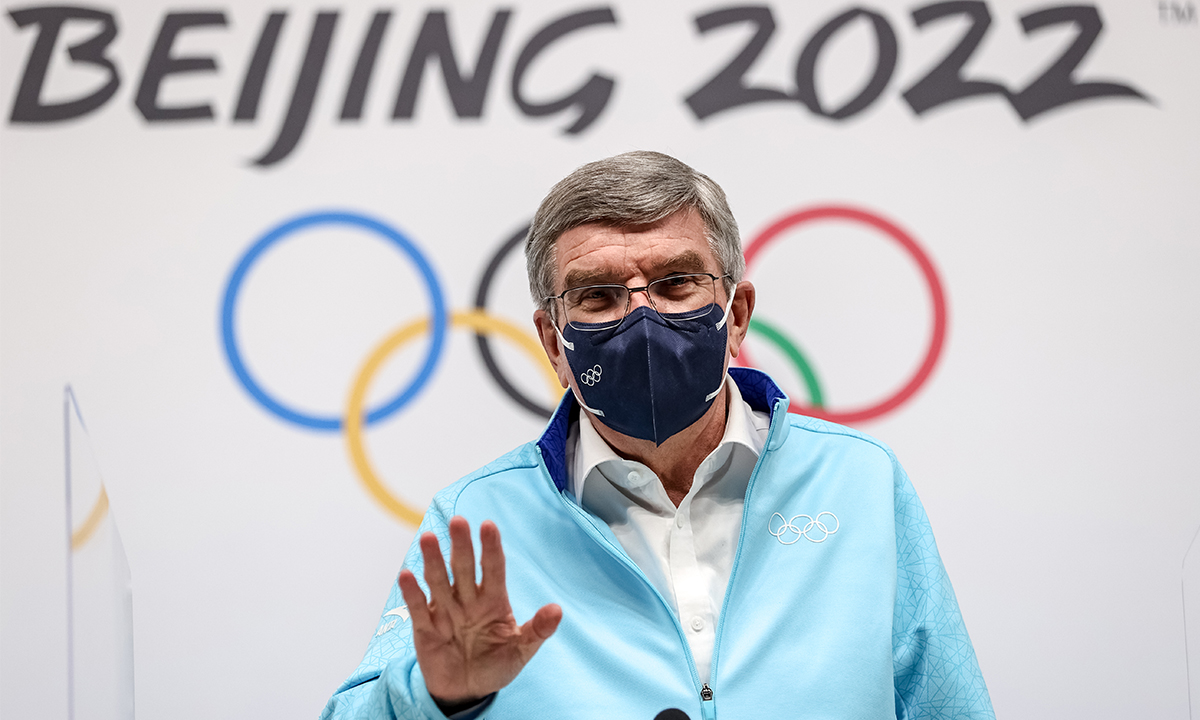 President of the IOC Thomas Bach said at Friday’s press briefing that the IOC’s social media account had 2.7 billion interactions so far, and athletes’ personal accounts got 1 billion comments.

China realized the goal of “getting 300 million Chinese to participate in winter sports” during the preparation for hosting the Beijing 2022.

Bach said Friday that the success of the Games can be seen from more than 300 million made familiar with winter sports, and the trend was strengthened by the Chinese Olympic team. Such engagement means there is no need to worry about the use of 2,000 ice rinks and ski stations in China.

The Beijing 2022 Winter Olympics will certainly leave a defining legacy. Many international sports organizations are also discussing with China the possibility of hosting more events including the World Cup as well as trainings in Beijing, Bach noted.

He had said earlier that Beijing 2022 will change the landscape of winter sports forever.

A skiing enthusiast and part-time instructor, Ge, 28, obtained an internationally recognized certificate for instructing the sport after attending a rookie academy in New Zealand. Ge joined a professional training institution after that and sometimes works as a translator for foreign instructors.

“Hosting the Olympics has raised domestic knowledge and love for winter sports, many of which were never heard of in China, not to mention practice. But more importantly, China showed the world its potential,” Ge said, noting more international exchanges in this field are expected.

Industry insiders and observers believe the enthusiasm has the potential to lead to more winter sports events in China, more viewers and participation – an opportunity for sports equipment brands and sponsors of those events. 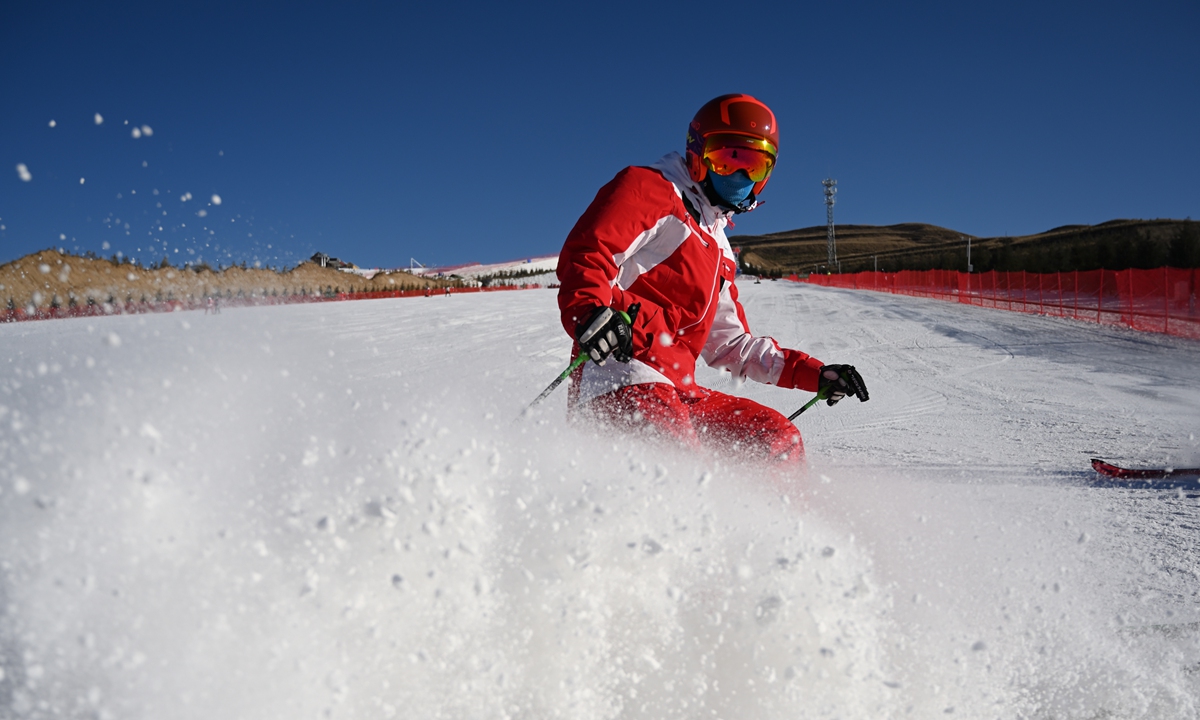 Ren Hai, a professor at the Olympic Research Center of Beijing Sports University, told the Global Times on Friday that winter sports were traditionally expensive and enjoyed only by developed countries.

However, when it involves a nation of 1.4 billion which just got rid of poverty and has relatively limited ice and snow resources, China’s development of winter sports could serve as a reference to other countries in similar situations, Ren said.

Beijing 2022 has pushed domestic advancement in technology and organization. It is hoped that China’s role will allow winter sports to be enjoyed by many more rather than remain the game of a few, experts said.

Beijing 2022 Winter Olympics are not only a success for IOC which picked Beijing seven years ago, but also for the world as it brought winter sports to an unprecedented level in terms of athletic skills and popularity, and set a new benchmark for Winter Olympic Games, they said.

Florida’s ‘Don’t Say Gay’ bill is part of Republican drive to limit talk of sex and race in US classrooms | Nation World...