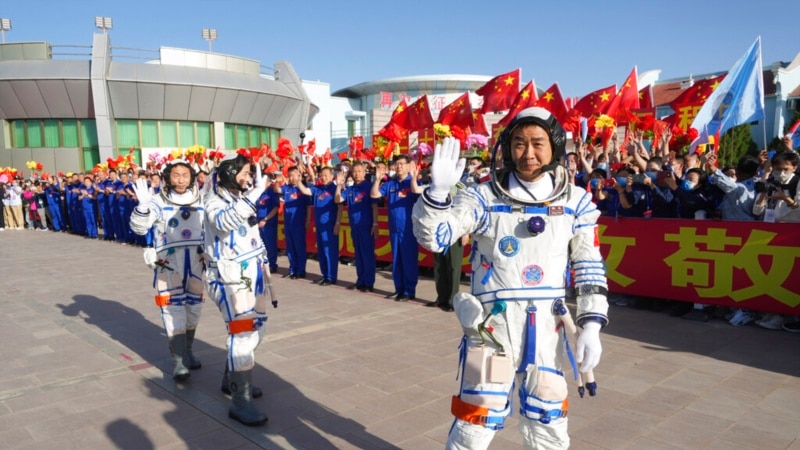 China on Sunday launched a rocket carrying three astronauts on a mission to complete construction on its new space station, the latest milestone in Beijing’s campaign to become a major space power.

Tiangong, which means “heavenly palace”, is expected to be fully operational by the end of the year.

China’s highly publicized space program has already seen the nation landing a rover on Mars and sending probes to the Moon.

State-run CGTN said on Saturday that the Shenzhou-14 crew has been tasked with “completioning the in-orbit assembly and construction of the space station” as well as “turning on the instruments” and conducting scientific experiments.

Led by 43-year-old Air Force pilot Chen Dong, the main challenge of the three-person crew will be connecting the station’s two lab modules to the main body.

Dong, along with fellow pilots Liu Yang and Cai Xuze, will become the second crewmember to spend six months aboard Tiangong, returning to Earth for the last time in April after 183 days on the space station.

Tiangong’s core module entered orbit early last year and is expected to function for at least a decade.

The entire station will be similar to the Soviet Mir station which orbited the Earth from 1980 to 2001.

The world’s second-largest economy has invested billions in its military-run space program, with hopes of having a permanently manned space station by 2022 and eventually sending humans to the Moon.

The country has made great strides in catching up with the United States and Russia, whose astronauts and cosmonauts have decades of experience in space exploration.

But under the leadership of Chinese President Xi Jinping, the country’s plans for its heavily publicized “space dream” have been accelerated.

In addition to a space station, Beijing also plans to build a base on the Moon, and the country’s National Space Administration said it aims to launch a crewed lunar mission by 2029.

China has been kept out of the International Space Station since 2011, when the United States banned NASA from engaging with the country.

While China does not plan to use its space station for global cooperation on the scale of the ISS, Beijing has said it is open to foreign collaboration.

The ISS is due for retirement after 2024, although NASA has said it could remain functional until 2030.