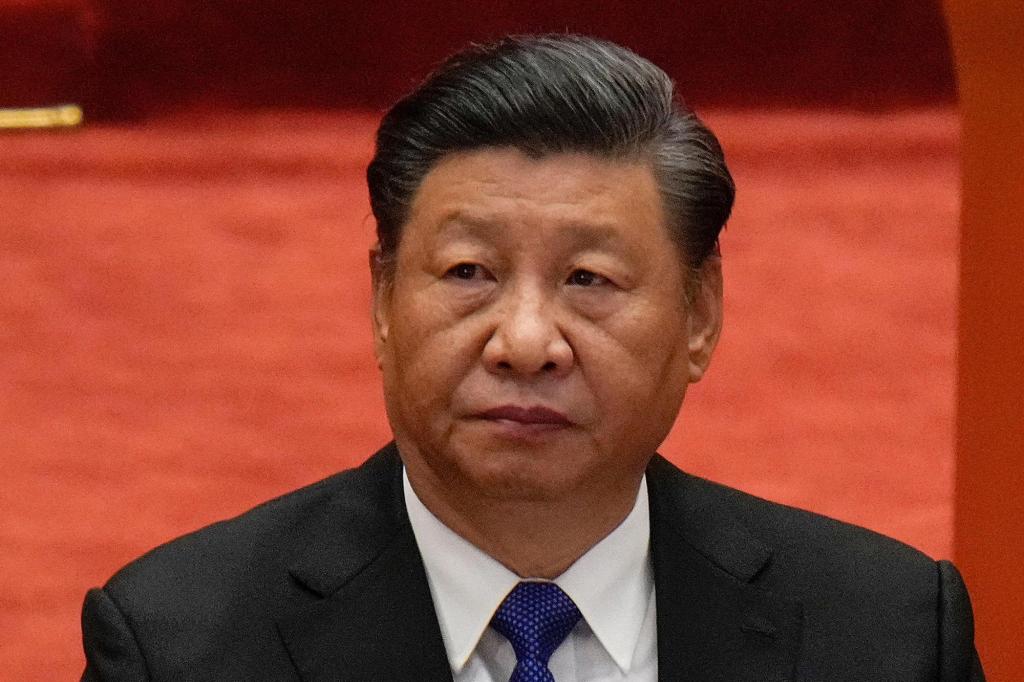 GENEVA (AP) – Chinese President Xi Jinping on Monday called for greater world cooperation against COVID-19 and said China would send an additional 1 billion doses of the vaccine to other countries, while calling on other powers to have a “cold-war mentality” Requested to give up. A time of rising geopolitical tensions – a hidden hit in the United States.

Delivering the opening speech of a virtual gathering organized by the World Economic Forum, the Chinese leader touted his country’s efforts to share vaccines, fight climate change and promote development at home and abroad. The online event is being held in place of its annual January meeting in Davos, Switzerland, due to health concerns associated with the coronavirus pandemic.

The global outbreak that has claimed over 5.5 million lives and affected the world economy was another topic. In a panel session on the virus, Moderna’s CEO said the vaccine maker was working on a single-shot booster for both COVID-19 and the flu, while US infectious disease expert Dr. Anthony Fauci called the reluctance of many to be “very disturbing”. Americans must follow basic measures such as wearing masks and getting vaccinated.

“It’s such a formidable virus,” Fauci said, noting the difficulty of achieving herd immunity against COVID-19 because of the tendency for immunity to fade, even after vaccination. “When you don’t implement all the very well-known public health measures, especially vaccines, in an integrated way, you give the virus an advantage.”

Xi, who has not left China since the emergence of the coronavirus in early 2020, said in his speech that China has exported more than 2 billion doses of its COVID-19 vaccines to more than 120 countries and international institutions. He announced plans to provide an additional 1 billion – including a donation of 600 million doses to Africa and an additional 150 million to Southeast Asia.

By comparison, managers of the UN-backed COVAX program to send vaccines to developing countries announced over the weekend that it has now distributed 1 billion vaccine doses.

Xi touched on standard topics for an international audience from previous talks, including responding to complaints from trading partners by promising to broadly open China’s state-dominated economy to private and foreign competition.

His remarks come as tensions between the United States and China have escalated over topics such as Taiwan, intellectual property, trade, human rights and the South China Sea.

“We need to abandon the Cold War mentality and look for peaceful coexistence and win-win outcomes. Our world today is far from being peaceful,” Xi said through a translator. “Protectionism and unilateralism cannot protect. They ultimately hurt the interests of others as well as their own. Worse are the practices of hegemony and bullying, which run against the tide of history.

“A zero-sum approach that amplifies one’s own advantage at the expense of others will not help,” he said. “The right way forward for humanity is through peaceful development and win-win cooperation.”

Xi said China was “ready to work” with other governments on the climate, but announced no new initiatives and provided no resources. He said it is up to the developed countries to provide money and technology.

After Xi spoke, Moderna CEO Stephen Bansell said during a session on the future of COVID-19 that he expects the US-based company to have a combined vaccine booster for testing in advanced research in the second quarter, That’s the best position. That would be if a single shot covering both flu and COVID-19 was ready for use next year.

Read Also:  Lucky for the third time? What has changed in the latest draft of the Religious Discrimination Bill?

“I don’t think it will happen in every country, but we believe it is possible for it to happen in some countries next year,” Bansel said.

Moderna has been heavily criticized for prioritizing the distribution of its COVID-19 vaccines to wealthy countries; Only a fraction of its supply has gone through COVAX to poor countries. He said the company is aiming to make about 2 to 3 billion doses this year and expects to receive data from a new vaccine to address the Omicron variant in March.

In a panel on technology collaboration, access to broadband Internet was raised as a disparity issue and a costly gap that needs to be filled. Speakers such as Verizon Communications CEO Hans Vestberg said transparency will be key to protecting the privacy of people’s data, which includes collaboration between corporations and governments.

The annual Davos gathering usually takes place in person in the Alpine Snows of eastern Switzerland, attended by hundreds of business leaders, cultural elites, academics and government leaders. Leaders from countries such as Germany, Colombia and Japan were set to address the gathering on Friday.

Can drugs reduce the risk of long COVID? What scientists know so far