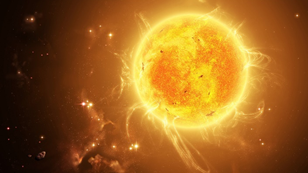 Illustration of a solar diagram of an underdeveloped yellow star. /cas

Illustration of a solar diagram of an underdeveloped yellow star. /cas

Astronomers have discovered nine new lithium-rich undeveloped stars thanks to China’s largest optical telescope. This is more than twice what is already known, because lithium is a key chemical element that links cosmology to the structure and evolution of stars.

Stellar evolution is the process by which a star changes over time. Depending on the mass of the star, its lifetime can range from a few million years at the most massive to billions of years, which is much longer than the age of the universe.

With the help of the Large Sky Area Multi-Object Fiber Spectroscopic Telescope (LAMOST), a team led by researchers from the National Astronomical Observatories under the Chinese Academy of Sciences (CAS) has discovered a record number of undeveloped stars rich in lithium. The study was published in The Astrophysical Journal Letters.

Screenshot of the study published in The Astrophysical Journal Letter

Screenshot of the study published in The Astrophysical Journal Letter

The researchers wrote in the paper that unusually high levels of lithium are present in the new stars, which suggests that they may have experienced a history of lithium enrichment.

Although the mechanisms of lithium enrichment in undeveloped stars have been widely discussed, they remain unclear. The discovery of nine new stars of this class could be a breakthrough in this field, researchers said in a statement on Tuesday. 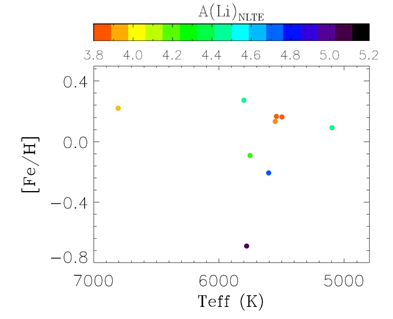 LAMOST came into operation in 2008 to collect high-quality spectra data that help astronomers study the chemical composition, density, atmosphere and magnetism of celestial objects. The telescope has helped scientists discover the heaviest stellar black hole and the most lithium-rich giant star.

Further studies are necessary to confirm these discoveries. Researchers said the sky survey by LAMOST will lead to further discovery of super-lithium-rich undeveloped stars.

(with input from Xinhua)