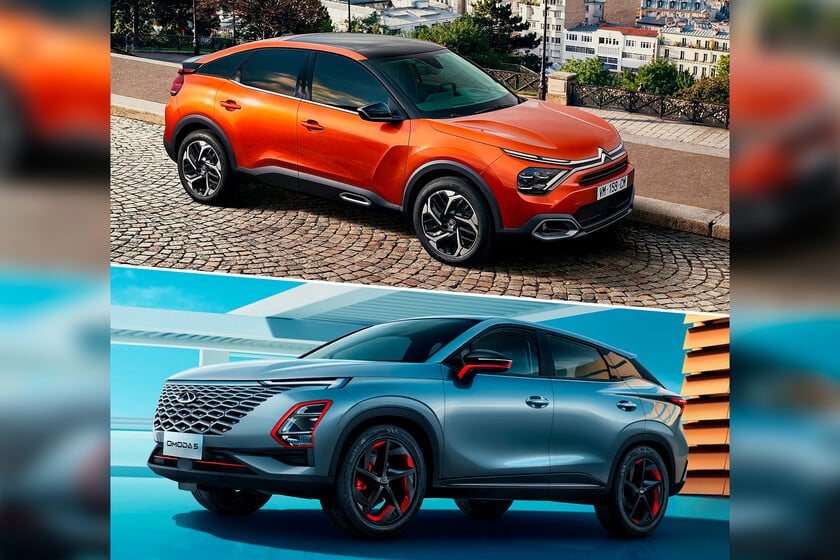 loss chinese cars They became known with a reputation for being cheap. Today, in many respects, they have evolved, but one thing has not changed: even with the improvements in quality, they are still relatively economical vehicles. This represents quite a challenge for some global brands. In Europe, this is already lighting up red flags, and Latin America can begin to speak from experience.

The message from Carlos Tavares, CEO of Stellantis – to which Peugeot, Citroën, Jeep, Dodge, among other brands belongs – is very clear: the landscape between European and Chinese brands looks like it will become “a fierce war.” Making vehicles in Europe has become so expensiveThat has caused the prices of many models to skyrocket, paving the way for Chinese models with similar features but lower prices.

French group executives lay hard numbers on the table. To comply with production regulations in Europe, the cost of manufacturing a car in the region can increase a model’s price by up to 40% compared to its Chinese counterpart. If they want to compete on price against those vehicles, they will have to reduce their profit margins significantly, which will sooner or later compromise profitability.

A car made in Europe can be up to 40% more expensive than an equivalent model of Chinese origin.

The hike in the prices of cars in Europe has also happened at such a time purchasing power has fallen, If the middle class can no longer easily access models made in the region, the only option left for them will be Chinese-made cars.

history is bound to repeat itself

What European brands fear about China today the same that the United States ran in the 1970s, when Japanese cars conquered the country. The event was framed in a different way, but the result was the same: Japanese industry overshadowed American industry in the same way that China could conquer Europe … and Latin America. Let’s go in parts.

What happened between Japan and the United States? an environmental crisis. Both countries were passing through levels of pollution that had never been seen before and its health effects were starting to become deplorable. The American solution was to set stricter regulations on new cars, and Japan decided at some point to follow the same standards to enter the American market.

The turning point came when American brands convinced the government to postpone the implementation of the new rules. Japanese brands tried to do the same in Japan, but their government refused due to heavy pressure from the society. In the end, brands such as Mitsubishi, Mazda, Nissan, Toyota, and Honda were forced to make cleaner cars, but GM, Chrysler, and Ford were not.

In the 1970s, the Japanese auto industry overtook GM, Ford and Chrysler in the US.

It didn’t take long for the technological leadership of Japanese brands to start paying off. With more efficient and economical vehicles – curious fact, here began the unstoppable career of the Corolla’s success -, Japanese vehicles conquer the roads, In 1968, the Japanese exported only 200,000 units to the US; By 1980, this figure had increased to 2 million.

Over the years, American brands have regained ground, but they have done so in a setting where Japanese brands have already taken root. Toyota, Honda, Nissan and company are here to stay.

The approach in Europe appears to be following the same direction, this time with Chinese brands. This time not because of a technical battle, but because a price fight Which European brands will not be able to bear. Tavares talks about the possibility of a “re-industrialization” of Europe, which would be accompanied by changes to trade agreements between the countries, but even in that scenario, some European brands with strong ties to China would lose out. another option is Take production from Europe to cheaper countriesAlthough this would represent a loss for European factories, which curiously some Chinese brands have already observed.

Chinese cars are already a reality in Latin America

As Europe debates how to protect its industry, latin america Already receives a good amount of vehicles from China. The reason, curiously, is the same: the region’s purchasing power has fallen, while the price of global vehicles – those for the United States, Japan or Europe – have risen, leaving the middle class with Chinese alternatives at affordable prices.

For the past few years, brands such as Geely, BYD, Chery and MG are in South American countries. in MexicoThe boom The number of Chinese brands took place recently, but strongly. Of all the new cars sold in our country during 2022, 15.9% came from China -As a point of reference, cars made in Mexico represent 32.8%-, when in 2018 they were only 6.6%. Interestingly, not all models bear the Asian brand stamp; Chevrolet and Dodge, for example, sell cars developed in China and produced in Mexico.

At the end of the day, China-made cars have made their way Thanks for its development in the world. 15 years ago they made a very bad impression and created a skepticism they still face today, but their industry has improved at a rapid pace, and in many cases we can expect solid finishes, quality equipment, interesting mechanics, status quo. Cars find -state-of-the-art technology and safety that began to surpass even European models in the Euro NCAP rating. The only thing left to prove is durability, but only time will tell.