Chinese company to increase assembly of electric vehicles in Cuba 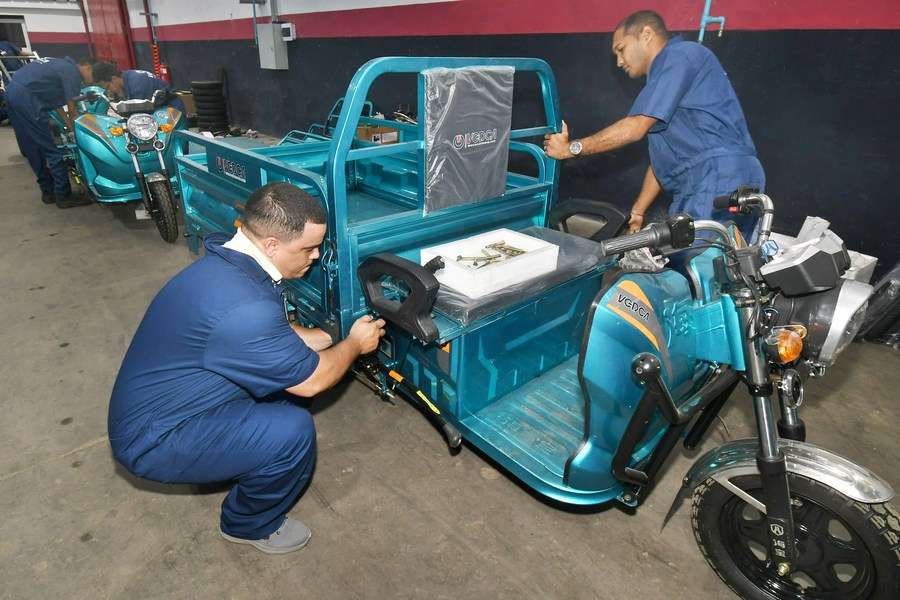 VEDCA established an assembly plant on an area of ​​approximately 9,000 square meters, located approximately 15 kilometers west of downtown Havana. According to a report by Xinhua agency, about 60 workers have given life to the first such joint venture between China and Cuba.

The unit was built with Chinese contribution of technology and equipment, which accounted for 58% of the total investment. The Cuban partner contributed the remaining percentage by offering the facility and refurbishing it.

According to the publication, from March 2019 to date, the plant has produced 2,500 motorcycles, 1,500 tricycles and 1,000 children’s cars, all vehicles powered by electric batteries and with sales of about six million dollars.

“The current situation in Cuba, where cars are old and spare parts are difficult to buy, we thought of replacing them with electric vehicles to solve pollution and maintenance problems,” Wei Yunpu, president of the Chinese company, told the outlet.

Wei, whose company has had a business relationship with Cuba for more than two decades, recalled that initially they manufactured two-wheelers, and that they evolved into three-wheelers with the needs of the individual economy, but Later Cuban demand allowed them to slowly start developing the quadrangle.

“The project first meets ordinary people’s demand for transportation and business needs, and creates jobs in the country with economic implications for the whole society,” said the Chinese businessman quoted by the agency.

Julio Oscar Perez, VEDCA general director, agreed with Wei, saying, “First of all, this organization creates new jobs, which will directly help a group of families.”

The manager pointed out that another important element is the production of modern electric mobility equipment, which is an alternative to solve transportation problems without relying on fossil fuels and without causing pollution.

The information specifies that for this year the association intends to increase production to 10,000 motorcycles and an equal number of tricycles, in addition to starting assembly of 500 quadricycles and venturing into mechanical bicycles, raising the estimated sales capacity to 35 million. Will go Dollar’s

A portion of this production will be destined for Cuba’s internal market, although most is exported to countries in the Caribbean, Central and South America, where there is appreciable demand for the quality of the vehicles, Xinhua highlighted.

To guarantee the quality of the presentations, a technical council is held through a weekly videoconferencing in which Chinese and Cuban experts intervene to identify and discuss each detail of the progress of the weekly production flow.

Assembly of a new tricycle assembly line is expected in the coming months, to meet plans for 2023, while the quadricycle is evaluated to make adaptations required by the Cuban and Caribbean market, the publication says.

VEDCA’s success could be an incentive for other Chinese companies that want to take advantage of the facilities offered by Cuba’s policy of promoting foreign investment with mutual benefits.

These productions are intended to constitute a palliative to the severe transportation problems the island is suffering amid an economic crisis that has deepened due to the impact of the COVID-19 pandemic, tightening sanctions imposed by the United States , and the ineffectiveness of the measures adopted by the Cuban government to overcome the situation.

Accident at the Carnival of Corrientes: four members of a comparsa were injured