Christmas Out: Toys donated at the US-Mexico border 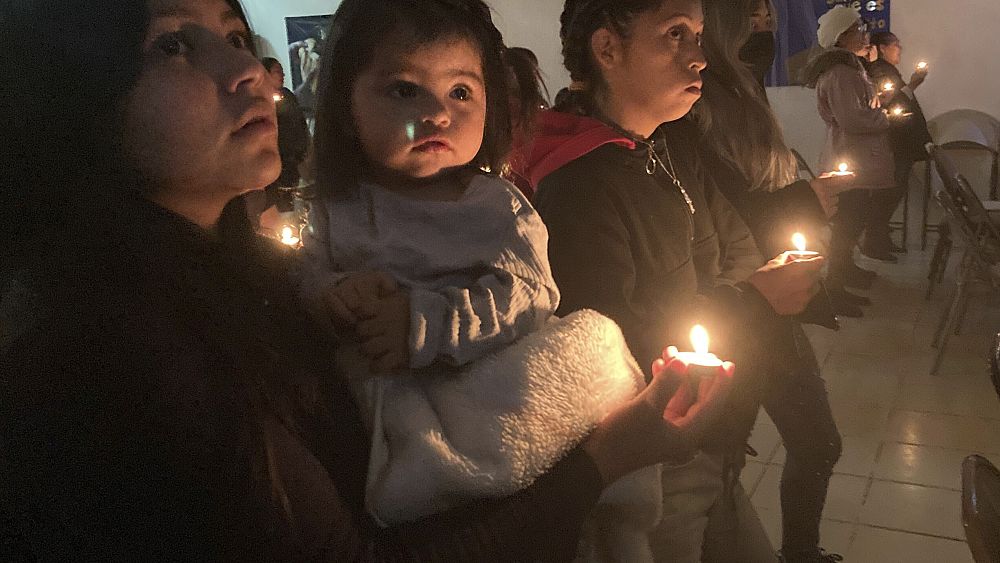 On the border between Mexico and the United States, hundreds of people spent their first Christmas outside. Some have spent weeks, others months and even a year waiting to leave Ciudad Juarez and cross into the city of El Paso, Texas.

However, Title 42, the United States regulation that does not allow entry of asylum seekers and authorizes warm returns, still stands.

Moved by solidarity, some Samaritans came to deliver donations, including toys for the children.

“I see a lot of people in need, a lot of people who have no place to go. It’s a very complicated issue that I’m not an expert (…) I really do because at Christmas it It’s about giving,” says Daniel Morgan, a volunteer who traveled from El Paso with other acquaintances.

This solidarity has allowed many migrants to eat and take shelter from the cold in shelters. But they cannot let their guard down. Their mission is to cross the border, no matter how long it takes them. Loretta Maria Salgado has been trying for a year.

“I left Cuba a year ago, I left Havana for English Guiana, I passed through Brazil, then I crossed Peru, I crossed Ecuador, then I was in Colombia. From Colombia I passed through the jungle , a very bad experience. Fourth Salgado says, “We were a group of Cubans in the jungle. A friend of mine died of snake bite. On the fourth day we had no food or water.”

“Another girl and I almost fainted three times. We had to fetch water from the river. We saw many deaths, we saw people being robbed, people being raped. We saw everything. Thank God, we reached the camp And he helped us out there.” , they took us to the immigration authorities,” he concluded.

Loretta and the other walkers expect the United States immigration measure to be suspended, as it was thought to be in early December.

Many of them say that the turbulent journey through the jungle has brought them closer as a family and thus they look forward to crossing the border.

Title 42 has been used more than 2.5 million times to turn away asylum seekers crossing irregularly into the United States and most asylum seekers at the border.