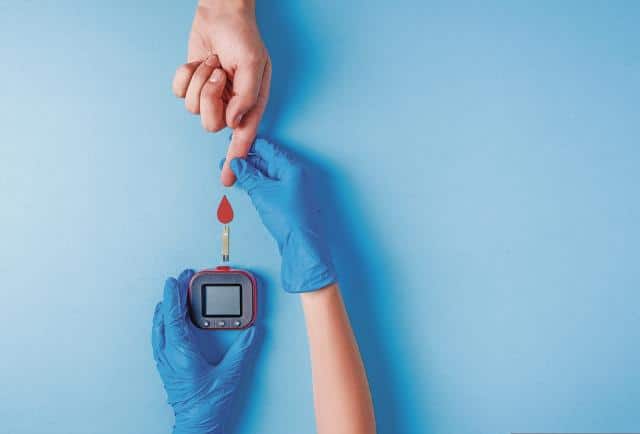 The high population of patients and the increase in deaths has given rise to this classification within the CSS complex.

The increase in patients in recent years has led to chronic kidney disease being considered a public health problem in Panama.

This was described by Alex Gonzalez, director of benefits and services for the Social Security Fund (CSS), who explained that there are two reasons for this.

The first is due to an increase in overcrowding of patients in hemodialysis rooms. Earlier, there were five to 10 patients per month and now the figure has increased to 50 and up to 60 patients, Gonzalez details.

CSS’s director of benefits and services explained that kidney disease is primarily caused by diabetes and high blood pressure. Poor control or prevention of the disease damages the patient’s kidneys. He said the country’s most vulnerable regions are Coquille, Panama Oeste, Panama Norte and Azuero.

Data from the 2018 CSS indicates that one in 10 people may be suffering from kidney disease. The prevalence in Panama ranges from 12% to 18%.

Gonzalez observes with concern that, previously hemodialysis patients were mostly people over the age of 60, he now sees a much younger population that puts him on “alert.”

Given this scenario, he sees it as important that “people have annual exams to know the results and for disease prevention.”

“The most important thing here is health education, which will be necessary for the population to really change their lifestyles and live more healthy lives,” said CSS’s director of benefits and services. The recommendation, according to Gonzalez, sounds simple on the surface, but it is relevant. Before the pandemic, many patients with chronic kidney disease went undiagnosed; once the coronavirus was under control, doctors reported many hospitalizations of people with decompensated diabetes, that is, high sugar levels that persist over a long period of time. Over time can damage the kidneys, explained the expert.

“The most important thing here is health education, which will be essential for the population to really change their lifestyle and live a more healthy life,” alex gonzalez
Director of Social Security Fund Benefits and Services

The director of benefits and services of CSS said that considering the current situation with high demand of patients, they have started creating cardiometabolic clinics so that doctors can diagnose chronic kidney disease and thus prevent the patient from accessing hemodialysis . “That way we turn off the tap a little bit,” he insisted.

He also said that doctors are being trained to address the issue of chronic kidney disease with the population.

In turn, they are strengthening the definitive treatment of transplants, where to date they have performed 80, of which 30 were for kidney patients who were on hemodialysis.

Gonzalez explained that there is a project under tender to build six new hemodialysis rooms with 10 machines to expand the hemodialysis quota to between 60 and 120 patients during the week. There are additional rooms that will be in the City of Health for hospitalized patients.

“We can indeed continue to expand to more rooms, but we believe that what may be most effective is prevention and clearly strengthening the transplant program”, said CSS’s director of benefits and services.

To diagnose a person with chronic kidney failure, they must go through a diagnosis of creatinine measurement, which is an indicator that reflects kidney functioning. If its results are high, kidney failure is reported.

There are two types of hemodialysis treatment: Peritoneal dialysis, which, being ambulatory, allows the patient to have a device to remove and filter the blood by themselves or with the help of a family member.

There is also hemodialysis, in which the patient is connected three times a week to a machine provided by the health system, where he is given access through his veins so that the blood is drawn to eliminate toxins produced by food products. possible and can be returned. In pure form.

“Normally, the kidney eliminates these toxins, but when it cannot do so, hemodialysis is required. This needs to be done three times a week for the person to survive”, Gonzalez concluded. Removed