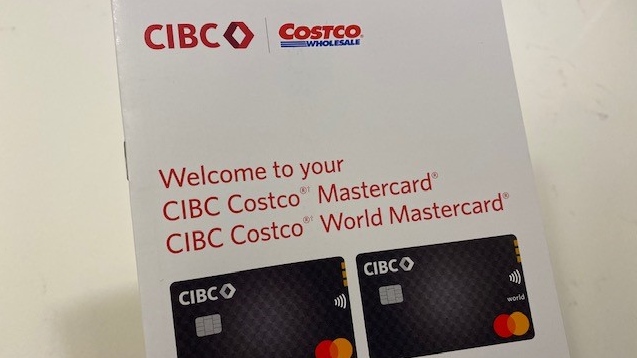 If you are a Costco MasterCard holder with Capital One, your account will be passed into the hands of one of Canada’s largest financial institutions tomorrow.

Costco, one of Canada’s largest retailers with more than 10 million members and annual sales averaging $25 billion, is switching to Canadian Imperial Bank of Commerce, more commonly known as CIBC.

“Costco continues to grow in Canada. With this new credit card, they seem to have sweetened the pot a little bit,” said retail analyst Bruce Winder.

The financial institution said it hopes the transition will feel smooth for its cardholders. If you have a Costco MasterCard with Capital One, you can continue to use the card you currently have. You should receive a new one in the mail sometime between now and August 31.

“Companies do this every once in a while — they look at their providers, sharpen their pencils and see if they can get a better deal for themselves and their customers,” Winder said.

“They are offering some sort of buy now, pay later technology customers can take advantage of. [allowing customers to purchase items in installment plans] And many insurance products are also offered,” he said.

If you already have a Costco credit card, existing credit card accounts will be automatically converted to CIBC. Cardholders need to register for CIBC Mobile Banking to manage their accounts.

A CIBC spokesperson told CTV News Toronto, “Cardholders do not need to sign up for a CIBC bank account to pay their CIBC Costco MasterCard, but to access and view their credit card statements online at CIBC You will need to register for online banking.”

As long as they don’t receive a new Costco MasterCard, Costco members can continue to use their existing card and still receive their cash in the form of a gift certificate every January.

Anyone interested in applying for a new Costco MasterCard with CIBC can do so at a Costco warehouse or online with Costco or CIBC in mid-March.

Costco will continue to accept other types of MasterCard as well as cash and debit.

Pelosi beats Biden at the White House. tested positive for COVID-19 a day after the event with