CJ McCollum has already helped improve the Pelicans, plus other best bets for Thursday 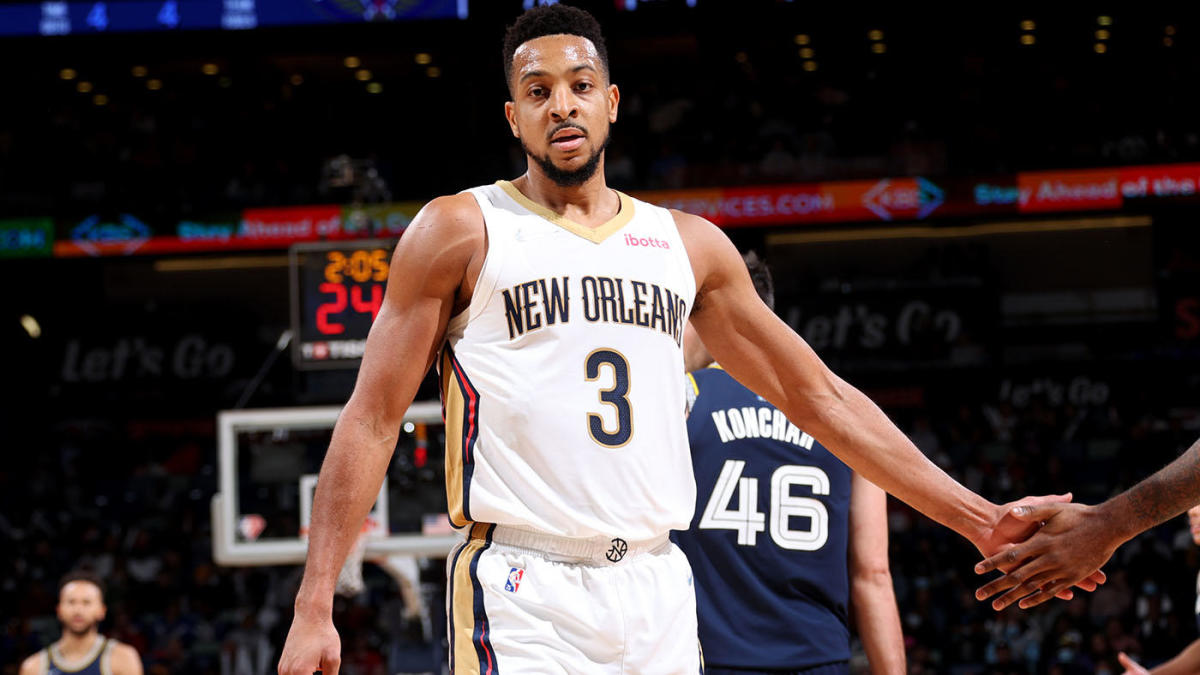 The wolves are coming for Tom Thibodeau. Zach was kind enough to share Bill Reiter’s column on the embattled Knicks coach in this morning’s newsletter, and now it seems there’s discontent in the Knicks front office as well.

As our James Herbert wrote, a report from SNY’s Ian Begley says Knicks executive William Wesley — more popularly known as “Worldwide Wes” — has been critical of Thibodeau to Knicks owner James Dolan, and I feel like I’ve seen this story before. Not so much the William Wesley part, but the part where Tom Thibodeau takes over a team, gets off to a good start, and then wears out his welcome.

Thibodeau spent five seasons in Chicago and did a great job with the Bulls, but injuries — especially knee injuries to Derrick Rose — derailed that team. Thibodeau received a lot of blame for overusing his players, and then began butting heads with the front office before the Bulls moved on. Then Thibs went to Minnesota and led the Wolves to their first playoff appearance in 14 years during his second season before things blew up in the third.

Keep an eye on your inbox.

There was an error processing your subscription.

In New York, Thibs’ first Knicks team exceeded expectations and reached the playoff for the first time since 2013. It led to high expectations for this year, and the Knicks haven’t met them. It feels like the only difference in Thibodeau regimes is how quickly things turn. He got five seasons in Chicago, three in Minnesota, and might not even make it through two in New York.

Maybe the next team that hires him should do it right before the playoffs begin.

All right, after going 0-3 last night, let’s pretend we’re facing the Knicks and stage a comeback.

All times Eastern, and all odds via Caesars Sportsbook

The Pick: Over 213.5 (-110): Some were surprised when the Pelicans pulled off a trade for CJ McCollum, given where the Pelicans were in the standings at the time, but from a basketball perspective, it made sense. New Orleans was a team that struggled offensively the way it was built, and it hoped adding McCollum would make life easier for everybody on the offensive end. Early returns suggest it was a good move!

The Pels face a Dallas team that made moves of its own at the deadline, shipping Kristaps Porzingis to Washington for Davis Bertans and Spencer Dinwiddie. We haven’t seen much action from any of those three in their new homes, but Dallas’ defending has dropped off slightly since making the deal.

Both teams’ recent performances suggest that tonight’s total is a few points too low, and I see some hidden value on the over.

Here’s what SportsLine is saying about the game: The SportsLine Projection Model doesn’t think much of the total, but it has an A-graded play on the spread waiting for you.

The Pick: Iowa -5 (-110) — Michigan has been one of the bigger disappointments in college basketball this season. After reaching the Elite Eight last spring and beginning the year ranked No. 6 in the Associated Press Poll, the Wolverines are 13-10 and aren’t likely to reach the NCAA Tournament without a strong finish. A road win over Iowa would help the Wolverines’ chances, but it’s not a win. I see them getting tonight.

While the advanced rating systems will all tell you Michigan is better than its record, the most important metric for this matchup tonight is Michigan being 3-6 on the road. Tonight it faces an Iowa team that is 13-2 at home, and those home losses came to Purdue and Illinois. The biggest culprit in Michigan’s road struggles has been poorer shooting outside Ann Arbor and bad defense.

The Wolverines have done an awful job guarding the interior, which will hurt them against guys like Keegan Murray tonight. The concern with this play is that Michigan is a much better rebounding team than the Hawkeyes, which could lead to extra possessions that hurt Iowa’s ability to cover.

Key Trend: The home team has covered 18 of the last 24 meetings.

The Pick: Colorado -2 (-110) — These are two similar teams, but Colorado is slightly better than the Bears in most areas, and that should help the Buffs get a cover on the road tonight. Also helping matters is Cal not having Andre Kelly, who suffered an ankle injury at the end of January and will miss the rest of the season. Not only was Kelly one of Cal’s most reliable scoring options, but he was the team’s best rebounder, and his size would come in handy against a Colorado team with plenty of size.

Also, while Colorado is a solid defensive team — a reason I don’t mind trusting them as road favorites — they’re a very potent team from the three. The Buffs are shooting 35.9% from three on the season and 38.5% in conference play. I foresee a scenario in which Jabari Walker has his way on the interior and dominates the glass for Colorado, leading to a lot of open shots for Keeshawn Barthelemy, Evan Battey, Nique Clifford and Tristan da Silva.

Key Trend: Colorado is 5-2-1 ATS in its last eight as a favorite.

SportsLine Pick of the Day: The Daytona 500 is Sunday and our NASCAR expert Micah Roberts has everything you need to know about the race.

We’re sticking with a simple moneyline parlay tonight. It pays +100,

How Iran set up sanctions evasion network to keep its economy afloat: report

This indigenous prison has a ‘dark, sad history’. But what role could it play in the future?

Abel Pintos reveals why he had to wait 6 years to start a love affair with Mora Calabrese?