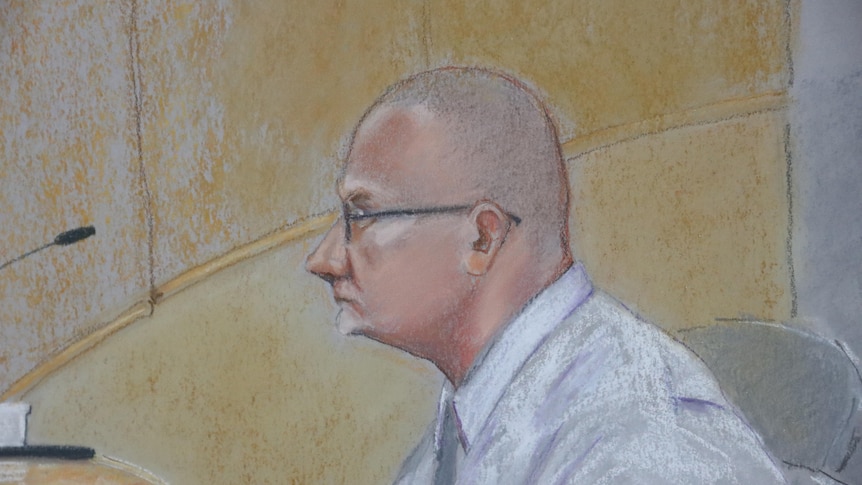 A sentencing hearing for the man who killed four people during a shooting spree in Darwin three years ago has heard conflicting views about whether he was in a drug-induced psychosis at the time.

Four men — Hassan Baydoun, Michael Sisois, Robert Courtney and Nigel Hellings — were killed during the rampage on the night of June 4, 2019.

Last year, Benjamin Glenn Hoffmann, 48, pleaded guilty to three charges of murder and one of manslaughter part-way through what was expected to be a nine-week trial.

Offenders who commit multiple murders in the Northern Territory are subject to a mandatory life sentence with a minimum non-parole period of 25 years.

Whether Hoffmann receives a longer non-parole period could be affected by the judge’s determination on his level of culpability during the offending.

Hoffmann’s defense team has suggested he was experiencing delusions and paranoia from methamphetamine-induced psychosis at the time.

However, the prosecution contends Hoffmann was only experiencing drug-induced intoxication and was fully aware that his actions were wrong.

On Friday, the Supreme Court heard from three psychiatrists who filed separate reports saying they believed Hoffmann was likely experiencing drug-induced psychosis during the shooting spree.

But crown prosecutor Lloyd Babb SC told the court that at all times Hoffmann “appreciated the wrongfulness of his actions”.

Mr Babb said there were several examples to back up his point, including that Hoffman told one witness not to call police or he would “blow her head off”.

“He didn’t want the police called because he understood that at that time that he was acting wrongly,” Mr Babb said.

The prosecutor told the court Hoffman made “conscious choices” on the night of the shootings about who to execute and who to spare.

“He was acting extremely violently but he was acting in a goal-directed way, in that he was hunting for a man that he held a grudge against,” Mr Babb said.

Mr Babb also said Hoffmann’s criminal record showed he had committed violent crimes in the past, and therefore the shootings were not out of character.

Alan Jagar told the court that on the balance of the facts he had seen, there was evidence Hoffman was psychotic at the time of the shootings.

“That doesn’t stop him from already being an angry man,” Dr Jagar said.

“And we know that when one is psychotic, one tends to have an exacerbation of the underlying personality characteristics.”

Lester Walton told the court that while it was possible Hoffmann’s anger was linked to drug intoxication, it would not generally lead to the extreme paranoia and level of violence exhibited by Hoffmann.

“My view [is] it was probable he was in a drug-induced psychosis at the time,” Dr Walton said.

Hoffmann, who is being held at Darwin prison, refused to appear via video link during Friday’s proceedings, after saying he wanted to attend the court in person.

Justice John Burns denied his request, saying the video link was the only feasible option available on the day.

The matter has been adjourned until July 25, when two more doctors are expected to give evidence before final sentencing submissions are heard.

Justice Burns said arrangements would be made for Hoffman to attend the court on that occasion.

Wall Street is tumbling, with technology taking the lead. The decline of Bitcoin is taking its toll on cryptocurrencies.

‘She loved every day of her life.’ Family and friends pay tribute to Sasha Kuvshynova, Ukrainian journalist killed in Kyiv