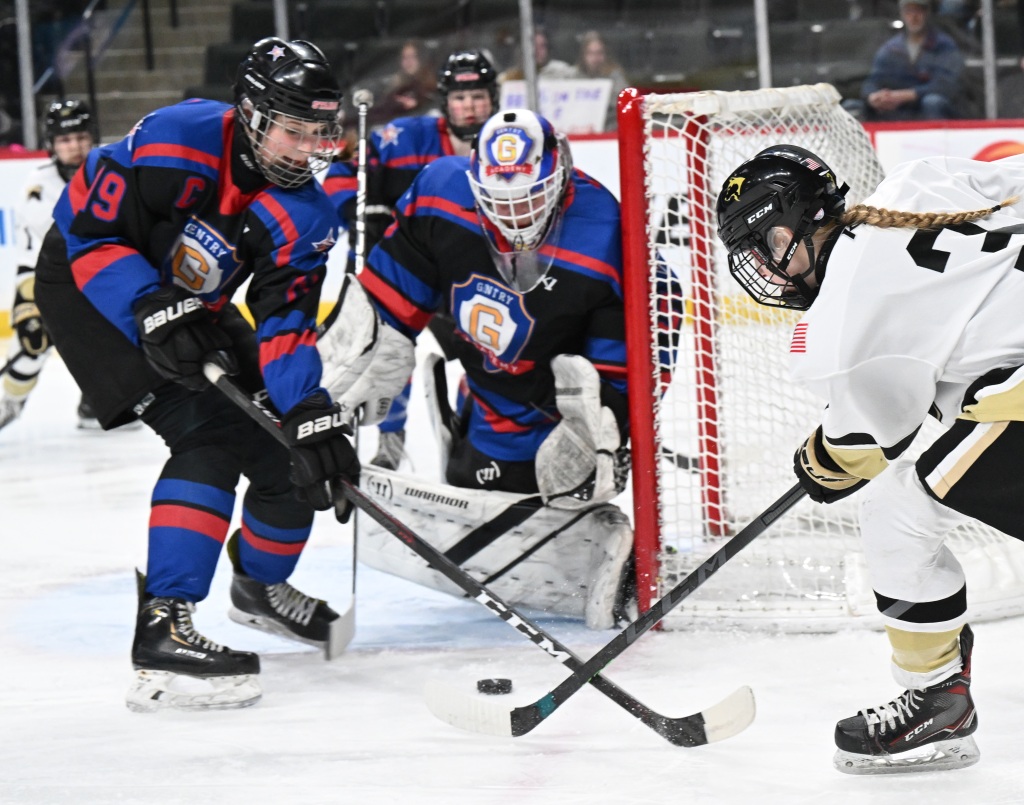 For the third straight season the Andover girls hockey team will spend a Saturday night skating on frozen water inside the Xcel Energy Center.

Nora Sauer, Madison Brown and Emma Heath scored 50 seconds apart early in the third period, and the Huskies pulled away to beat Gentry Academy 5-1 in a Class 2A semifinal Friday.

Up next for the top-seeded Huskies (29-0) will be Minnetonka, a team Andover beat twice by one goal before the season’s calendar flipped to 2022. The third-seeded Skippers (24-6) held of Edina 2-1 in the other semifinal.

“They’re definitely one of our tougher opponents. … If we play our game we should have a good shot,” Brown said.

Jenessa Gazdik scored in her second straight game for fifth-seeded Gentry Academy (23-7), a private school in Vadnais Heights that moved up to Class 2A after finishing second in Class A last year. The Stars will play Edina for third place.

Read Also:  After defeating the British, Kohli's great army got this big success

Coach Melissa Volk said nothing special was said between periods.

“We just need to trust the process, keep going, we know what works. We just knew it wasn’t going to be pretty and we had to gut it out. One period to get to the state championship game.”

Sauer opened the third-period barrage by reaching across the crease and backhanding a loose puck into the Gentry Academy net for a power-play goal at 1:44. Andover finished 2 of 6 on the power play.

Before Sauer’s goal was announced, Brown was on the doorstep to easily redirect a feed from Ella Boerger. Twenty-eight seconds later, Heath got a piece of Boerger’s long shot for a 4-1 lead.

That was more than enough for Andover, which had a 30-9 shots on goal advantage. Shot attempts were 63-23 in favor of the Huskies.

Read Also:  In the All-Star Game, a Dimmer Stage for Black Players

“We knew this team was going to show up in the third period and it was just a matter of us needing to show up, and it did not happen,” said Stars coach Paige Jahnke.

Maya Engler and Hannah Christenson also scored for Andover, which has tallied at least five goals in seven straight games.

Engler scored on a wrister into the top corner for a 1-0 first-period Andover lead, but Gazdik, a Minnesota State Mankato commit, scored a fluky goal in the period’s final minute. Her shot from the left dot was stopped by Courtney Stagman, but the puck popped straight up before its descent bounced of the goalie’s back and in.

Mackenzie Jones nearly gave Andover a one-goal lead after two periods, but her shot from the left circle crossed the goal line less than a second too late, a call upheld by video review.