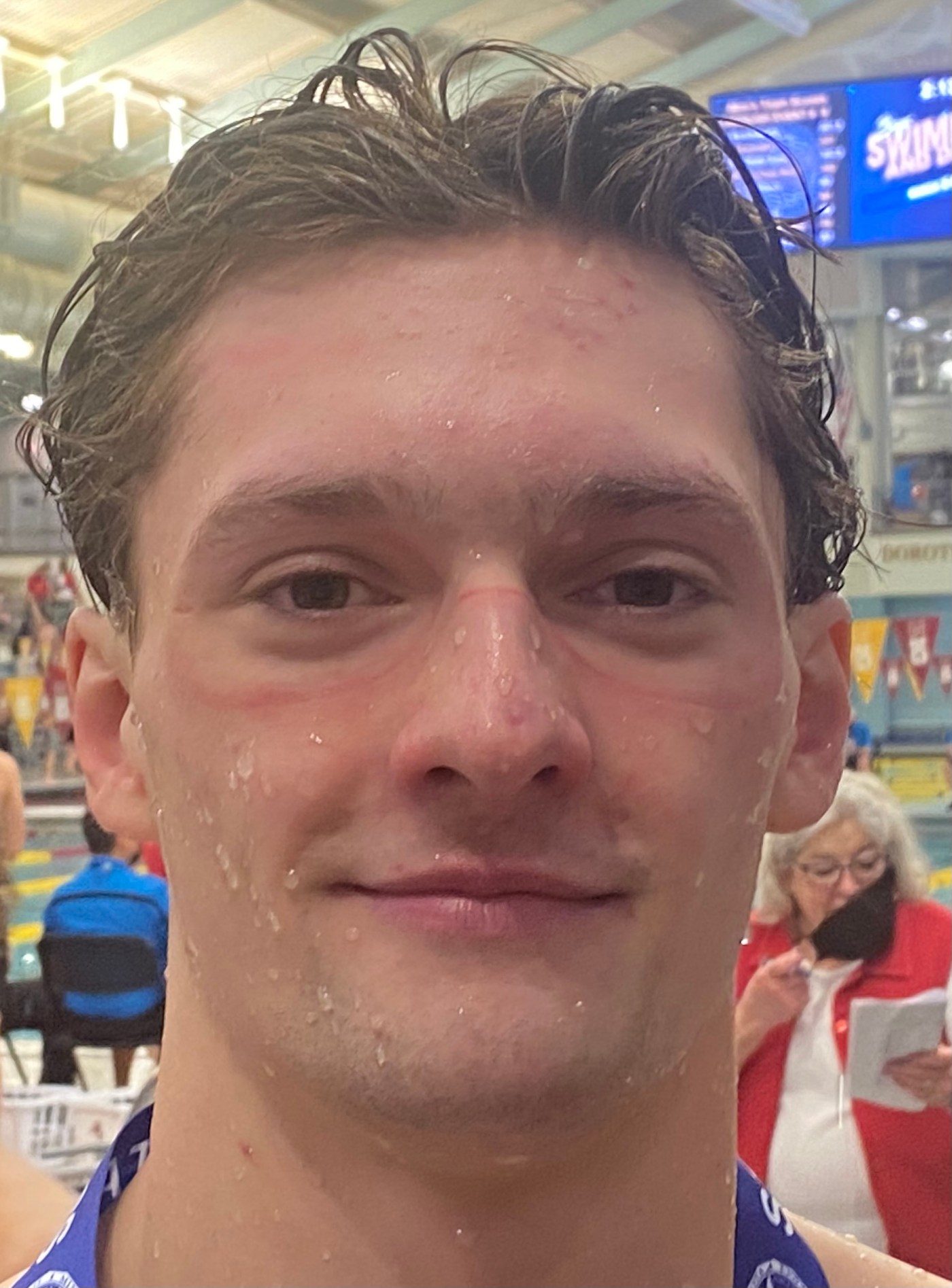 Simley senior Nico Losinski has a ritual he runs through the night before every big swim meet in which he competes.

As he lays in bed, he visualizes each of his races — right down to the time he expects to obtain.

But on Saturday afternoon, Losinski managed to exceed even his most optimistic prognosis. The Wisconsin-Green Bay recruit took home his third straight Class A state title in the 500-yard freestyle — winning the event in a Class A state-record time of 4:34.46 during competition at the University of Minnesota’s Jean K. Freeman Aquatic Center .

Losinski posted only the second-fastest time in the 500 in prelims Friday, finishing behind St. Anthony Village junior James McCarthy. But he said that’s nothing unusual as he makes sure to save his best performance for when it counts most.

“Yesterday in prelims, I didn’t shave and I wore an old suit,” he said. “I was just swimming through prelims basically to get a good spot in the finals. I didn’t put all my effort into it.”

It’s been a wild journey for Losinski, whose first state title came as a sophomore in 2020 — just weeks before the full onset of the COVID-19 pandemic. His second came last year when the pandemic kept away spectators and competition consisted exclusively of timed finals.

So he said winning again this year — before a crowd in the final competition of his prep career — meant coming full circle.

“This felt like getting back to normal,” said Losinski, who came back to swim a leg of the 200 freestyle relay in the consolation heat just minutes after winning the 500. “Last year didn’t really feel like state. But coming back now and having the prelims and finals and a crowd here, it’s finally feeling like the state meet again.”

Losinski was one of the few highlights Saturday that didn’t involve the team from Breck/Blake, which rolled to its sixth consecutive team title on the strength of first-place finishes in nine of 12 events.

Breck/Blake finished with a team total of 495.5 points. Alexandria was second with 203, and St. Thomas Academy was third with 172. Leading the way for the state champions was 6-foot-9 senior Charlie Crosby, who won his third straight state title in both the 50 freestyle and the 100 backstroke.

“I came here with a vision in mind and I think I accomplished most of it,” he said.

“We’re always pushing each other to get better,” Opdahl said. “We’re really close as a group. We do everything together even outside the pool. Our (diving) coach (Brianna McClaskie) always tells us how lucky we are to have the top competition in the state right here in our own room.”