climate of crime and violence 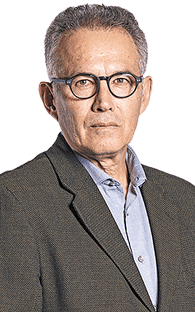 One of the biggest challenges facing the country is the very wide social base that organized crime has in various sectors and that facilitates its activities, not only because of popular support in significant events, but also because there is widespread social tolerance and The increasing public presence of criminal groups.

This tolerance is expressed in different ways in very complex cultural practices and processes, ranging from the widespread dissemination of everything related to criminal acts, to the normalization of their presence and influence in more and more places of public life. .

Furthermore, in a culture in which masculinity and violence have become deeply embedded in the collective imagination, their disorganization and fragmentation is essential to achieve the creation of a new social order based on the values ​​of peace, respect for legitimacy, A huge effort is required from the society. and, above all, respect for the integrity and life of others.

Fighting drug trafficking demands from the Mexican state a new civil protection strategy that includes a new education for peace and civilized coexistence for all of us living in the country. This pedagogy can be based on what philosophers like Gadamer have said common senseThat is, a common sense that identifies us and that gives us a sense of cohesion and unity in the face of long-term shared projects.

There are very clear examples showing the level of penetration of the culture of violence and crime: from religious expressions in the making of rituals and worship to explicitly protective figures of crime (such as Malverde or the so-called Santa Muerte). Even the daily expression of popular music in genres such as narcocorridos and other forms of musical creation aimed at romanticizing and presenting people as heroes actually promoted disintegration and social fracture.

Thus, in a society with deep-rooted values ​​such as masculinity, debauchery and violence as a mechanism of affirmation, the challenges multiply as it is no longer just about catching bosses or dismantling criminal gangs, but taking It is about spreading and propagating new methods of Life within the framework of legality and community life.

How can you separate or at least separate some musical tastes from the forgiveness of guilt? How to separate religious expressions and beliefs from practices that threaten the safety and integrity of millions of people? How to deal with the aspirational desire of thousands of youth armed, in fancy vehicles and under the guise of impunity or the corrupt collusion of the authorities?

In this sense, security policies and actions must be urgently linked to a national educational model that aims to promote peace, equality and, above all, a powerful culture of commitment and positive appreciation of human rights, making it a sign of rejection and social intolerance. Will give The face of violence and crime.

For all these reasons, the Mexican state cannot continue under the idea that the fight against drug trafficking is a strictly police affair. It is imperative to do much more than education, culture and the humanities, and this requires an effort both budgetary and imaginative in terms of public policy, to recover territorial spaces, but above all, symbolic spaces in which criminals have been highly Success.