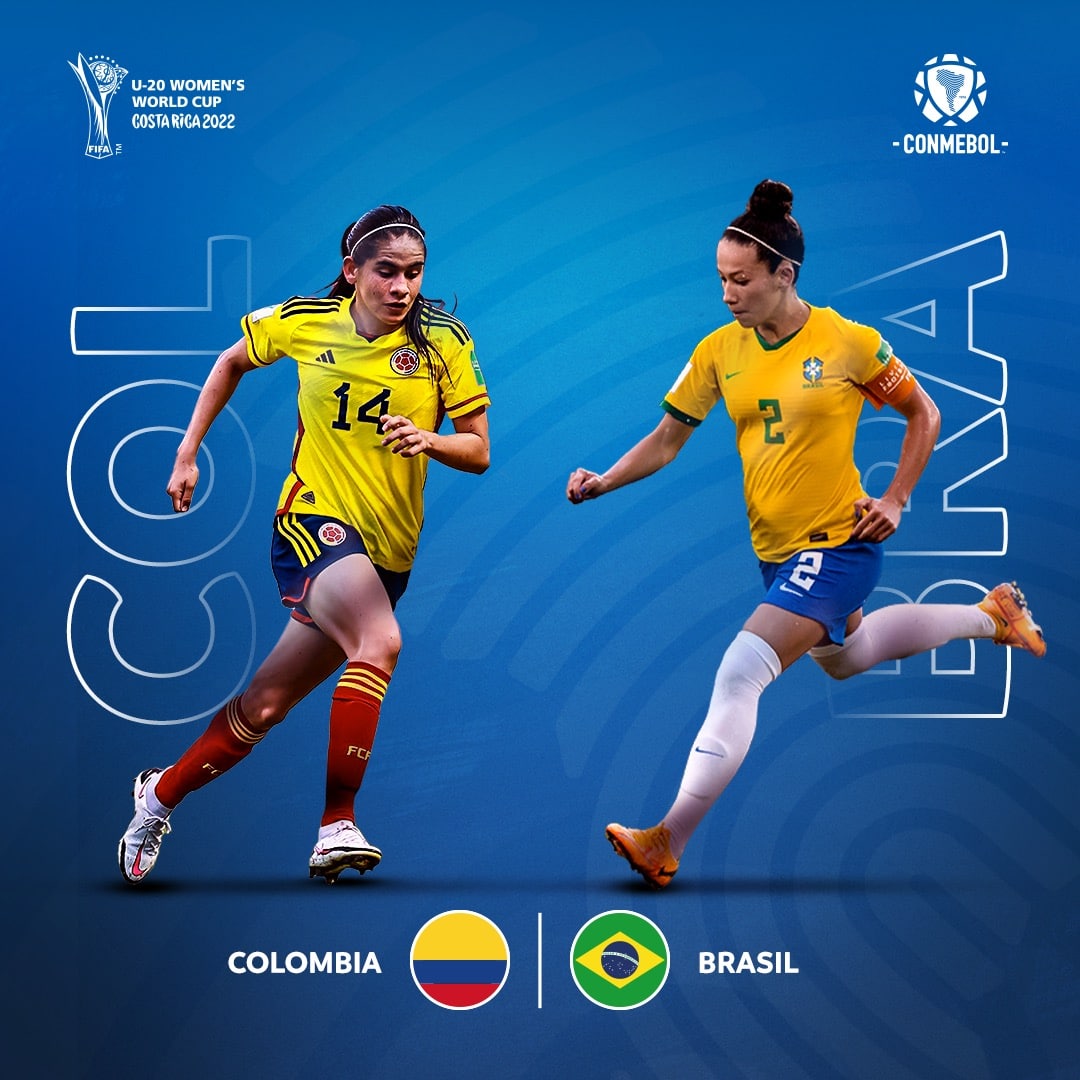 Group B winners Colombia and Group A second Brazil will meet for the quarter-finals of the U20 Women’s World Cup this Saturday, 20 August from 8:00 pm (local time) – 01:00 GMT.

Both the teams sealed their qualification with scintillating performances during the first round. After two draws and a win in Group B, the “coffee” team accumulated 5 points, which they shared with Germany, New Zealand and Mexico, the other qualified team.

The team led by Carlos Paniagua will take their chances on young gem Linda Cassado, considered the best player of the last CONMEBOL Copa America. Her speed and agility seem to be the key to surprising her opponent in transition.

On the other side is Brazil, who finished second with 7 units adding two wins and one draw, along with Australia, Costa Rica and Spain, the other team that held a qualifying ticket.

‘Canarinha’ displays a very engaging game, with Yaya in control and the explosiveness of Dudinha and Bruninha on the wing. He has not scored a single goal and has scored with five different players in the last two matches.

– Saturday, at the National Stadium in San Jose: