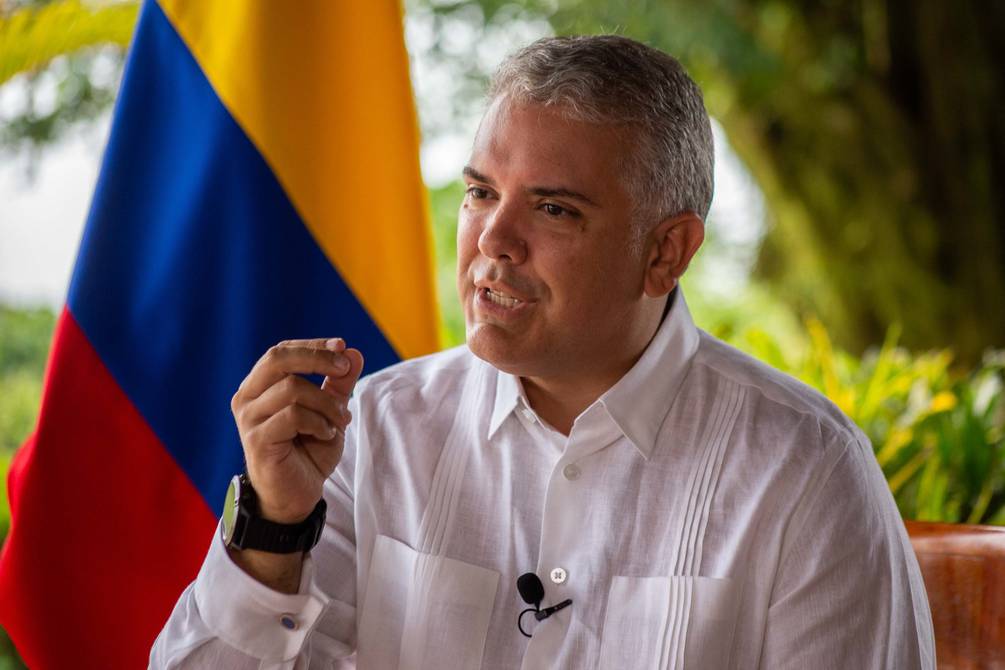 Colombian President Iván Duque will attend the Summit of the Americas that begins this Monday in Los Angeles (USA), where he will hold meetings with other leaders and directors of multinationals, official sources reported this Sunday.

The Head of State will travel on Tuesday night and will be in Los Angeles until Friday, the day the Summit concludes where, as he said today, the country arrives with a successful immigration policy and a climate action strategy in which you have achievements you can show off.

He pointed out that they are “two issues that are important for President (Joe) Biden, as host, but they are two issues on which Colombia, with the United States, has been working hand in hand, as with other countries in the region. ”.

“Colombia arrives with one of the most successful migration policies in Latin America,” he specified, and explained that when the Temporary Protection Statute was launched, many thought that what was going to be generated was an increase in labor informality or an increase in poverty. multidimensional, which did not happen.

Read Also:  Why Newsom's Strategy Can Lead to His Remembrance

“We have already delivered a million cards of the Temporary Protection Statute in the hands of migrants, and we have the other 800,000 already with biometric recognition, a very important issue,” he explained.

In the middle of the week, the Colombian immigration authorities said that they have delivered a million regularization documents to Venezuelan migrants since the implementation of the Statute began a year ago, which seeks the regularization of almost two million people from the oil country in Colombia.

The Colombian Government says that all Venezuelan migrants who have entered the country before January 2021 can benefit from the Statute and seeks to “disincentivize irregularity” and that benefit can also be accessed by those who enter the country in the first two years of the validity of the Statute. norm on a regular basis, that is, with a stamp in the passport.

Read Also:  Cricket can add more runs to your portfolio

“I believe that showing that a fraternal policy achieves, hand in hand with social policy, that we have registered the lowest labor informality, measured quarterly, that reaches Colombia, and the lowest multidimensional poverty since we have that indicator, because that shows that we have taken the right steps,” Duque said.

Likewise, he assured that in terms of climate action, “Colombia also has a lot to show, not only in the energy transition, in clean mobility, in the circular economy, but also in protected areas.” (I)

Collin County Has the Healthiest Community in Texas

Mars Express gets software update after 19 years of service

LPG or CNG: Which gas is better in the car, which is more mileage and cheaper; Find out everything in this news