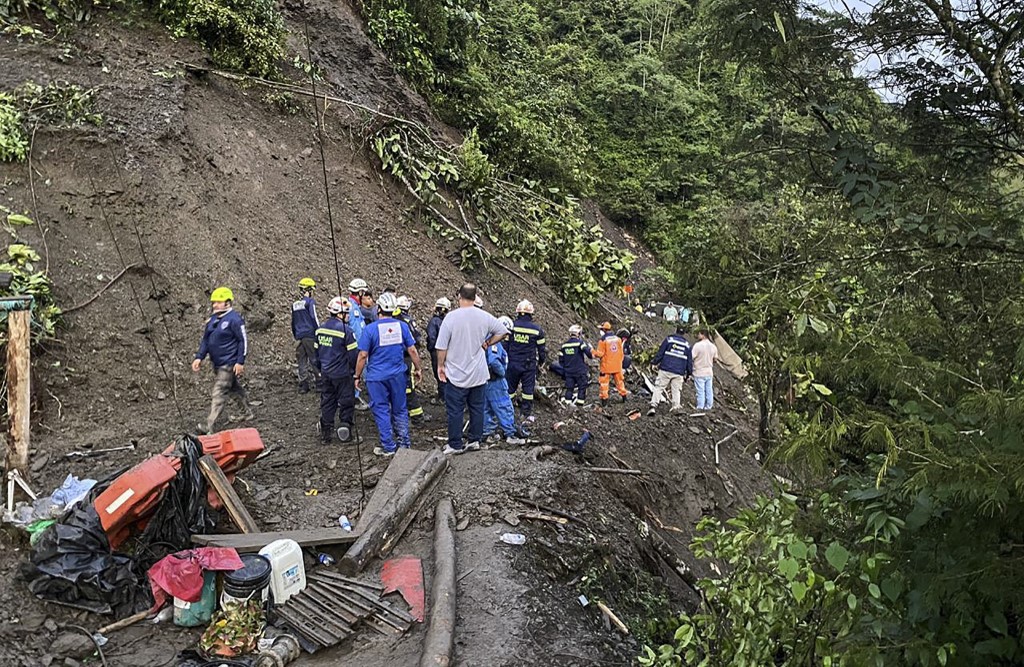 The death toll rose to 34, including three minors, from a landslide that hit a bus and other vehicles in northwestern Colombia on Sunday, according to the most recent official tally on Monday.

He said three of the nine injured corresponded to “people who managed to get out of the bus alive” and six others had traveled in “a private vehicle that was also at the site”.

Earlier, President Gustavo Petro reported on Twitter the deaths of “three minors” of the age “in a tragedy” of the municipality of Pueblo Rico.

“Solidarity with the families of the victims, they will receive the broadest support from the national government,” the president said on social networks.

AFP reporters found that around eighty lifeguards took part in the rescue operation for the victims, which ended on Monday afternoon.

Some relatives of the victims at the accident site say they have not received information about the identity of the dead.

“No one tells us (if) my sister is okay or dead and that’s what we would like to know,” Yildar Suarez says desperately.

According to Civil Defence, most of the victims were traveling in a bus that had left the city of Cali (southwest) at dawn on Sunday and was on its way to Quibdo (northwest) before crashing in the western Andes mountain range. Had traveled 270 kms.

According to a survivor’s testimony, the driver of the bus in which about thirty people were traveling tried unsuccessfully to avoid the fall by overturning.

According to the government, since early August, the country has been in a state of “national calamity” due to the worst rainy season in 40 years, which last year killed 271 people and affected 700,000.

The rain is linked to La Nina, a cyclical weather phenomenon triggered by the cooling of the Pacific Ocean and which global warming threatens to make more frequent and deadly, according to scientists.

According to the Colombian Geological Service “the municipality of Pueblo Rico is at great risk due to the mass movement (…) associated with the La Niña phenomenon, which has been present since August 2020.”

Interior Minister Alfonso Prada said, “We want to declare the maximum alert throughout the region for this cold wave that has brought a lot of material damage and also in life that has just happened.”

Traffic accidents are one of the leading causes of death in Colombia, with more than 7,200 people expected to die during 2021 in the country of 50 million inhabitants.