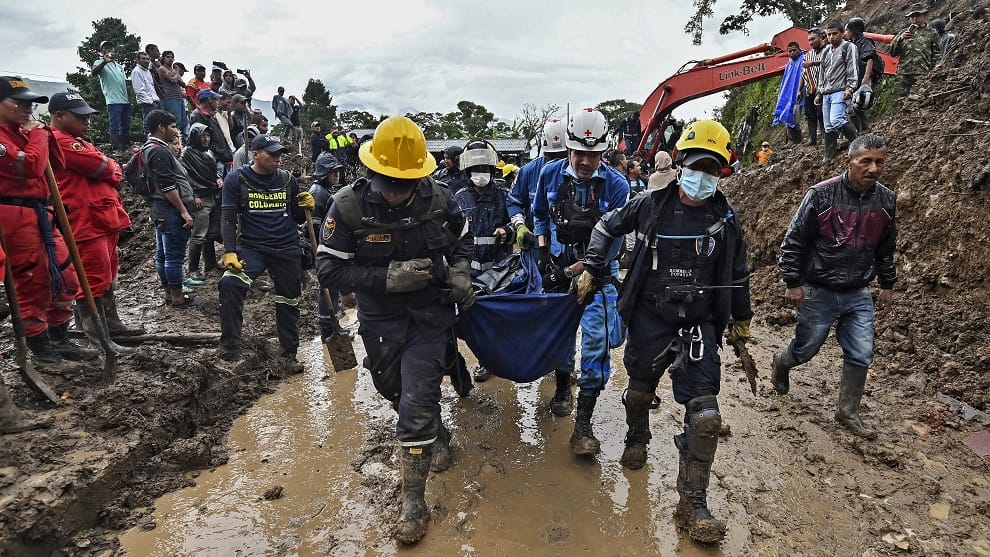 Bogota, January 20.- Colombian authorities continue to work today to deal with the emergency caused by a landslide in the municipality of Rojas, Department of Coca.

According to the findings of the Unified Command Post, held this Thursday and led by Javier Paiva, General Director of the National Unit for Disaster Risk Management, and Gloria Ramirez, Deputy Minister with Presidential Functions, the most important thing ahead is to buy land and provide assistance to affected families. promise to settle

Pava assured that this is an issue to which we are giving full dedication so that in the short term we can respond to the communities that are in temporary accommodation.

He explained that the national government will improve support for rental subsidies for affected communities in this region of the country.

In the meeting, he informed that there are eight potential properties for resettlement, but if the government buys the said land, it will be the affected communities who will give consent.

For his part, the Deputy Minister with the President’s actions described the response to the emergency presented in Rojas by both the local and national authorities as positive.

Colombian President Gustavo Petro confirmed during his visit to the Cauca Department’s Rojas Municipality, where the landslide occurred, that his government would buy land for the victims.

He assured that he planned to relocate the affected families to very fertile land, an area that “could be the beginning of a large farming area that would help ease the social pressures that exist north of Kaka.”

This farmer’s area will have an urban infrastructure that will include a school, a health center and will be close to markets for the products that are produced, the ruler explained.

The President warned that the rainy season will continue and is predicted to last till June 2023.

Last year’s rains in Colombia have so far left one million homeless and more than 700 deaths.

Twelve days ago, a landslide in the said Colombian municipality destroyed four villages, affected 15 corrigimientos and buried 800 meters of the Pan-American Highway.