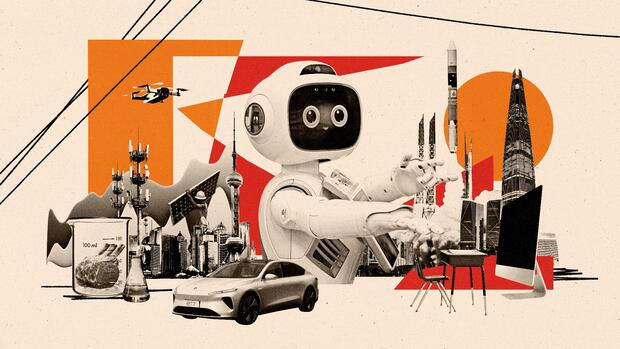 Bangkok It’s an idea that’s been around for as long as solar panels have been hanging on rooftops: why not build giant solar power plants in the desert, where the sun almost always shines, and then power from there to chronically cloudy metropolitan areas. Send in Reply?

At the beginning of the millennium the German physicist Gerhard Nice was already promoting the idea widely: he showed a world map with a comparatively small red square that he plotted on part of the Sahara. If you cover the area there, which should probably be about the size of Bavaria, with solar cells, you can cover the global demand for electricity, he explained.

The DesertTech initiative arose out of NISE’s vision, with companies such as Siemens, RWE and Eon seeking to generate massive amounts of desert power and thus supply both North Africa and Europe. However, the ambitious concept has yet to become a reality. For a long time, cost and technical constraints were too high to actually deliver solar power to its destination thousands of kilometers from the equator.

But two decades after the first proposals for the Sahara project, the idea could now become a reality on the other side of the world: the Southeast Asian city-state of Singapore could soon acquire a significant share, according to plans from private investors and officials. of its electricity from solar power plants in distant Australia.

The project, called the Australia-Asia Power Link, aims to connect the financial metropolis of five and a half million people to northern Australia via 4,200 km of cable, most of which runs via sea.

There are plans to install 12,000 hectares of solar panels with a maximum output of 17 to 20 GW. In the future, they should be able to meet 15 percent of Singapore’s electricity needs, according to Singapore-based Sun Cable, which is responsible for the initiative. Singapore can not only make its energy supply more environmentally friendly, but also diversify it: to date, 95 percent of the country’s electricity comes from gas-fired power plants.

The scheme is backed by wealthy financiers such as Australian billionaire Mike Cannon-Brooks and Andrew Forrest. The latter is in the process of converting its mining company Fortescue Metals Group into a renewable energy conglomerate and seeks to supply Germany with green hydrogen, among other things. The initiators are looking to spend around US$22 billion on the solar project with Singapore. The start of construction is scheduled for next year. Current should flow from 2027 onwards.

>> Read about: Aeon builds “hydrogen bridge” from Australia to Germany

Officials in Australia are sure that the plans – unlike Desertec – will actually be implemented. The Northern Territory government this week announced broad support for the project, including special legislation designed to enhance project safety and help Sun Cable “secure project funding.”

Prime Minister Michael Gunnar emphasized: “The law provides protection for the project.” He described this as an important economic driver and an opportunity for the region to become known as a renewable energy exporter.

If the project works, it will not only be a success for Australia and Singapore – but a real milestone in global energy supply. This project may prove that, thanks to the technological advances of the past decades, the cross-continental green electricity project is no longer a pipe dream, but a real alternative that Europe should also rethink about. At the end of the day, it may turn out that Desertec pioneer Gerhard Nies, who died in late 2017, was a little ahead of his time.