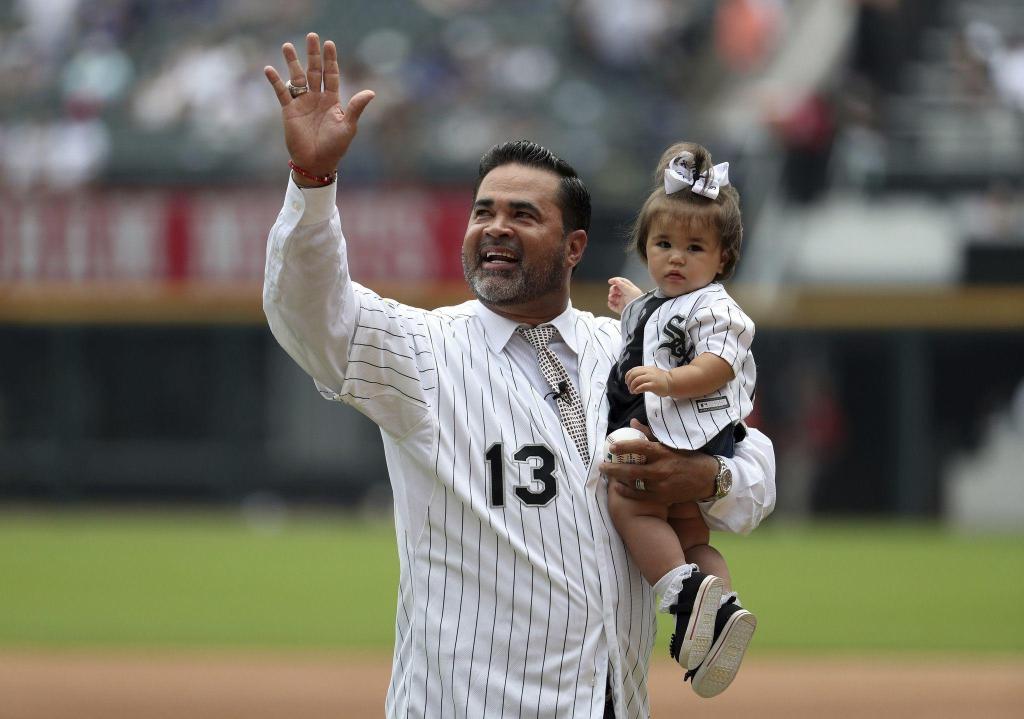 Ozzy Guillen Talks Too Much?

In other news, the Earth is round.

The former Chicago White Sox player and manager – and current NBC Sports Chicago analyst – has once again been accused of excessive wording, this time by shortstop Tim Anderson.

After Guillen casually mentioned on Tuesday night that Anderson should have played in the second game of the doubleheader the Sox lost to the Kansas City Royals, Anderson shot back: “The OG needs stuffing sometimes. .. talk too much!”

Guillen’s son, Ozzy Jr., Posted “Special Edition” of Guillen World Head over to the family’s YouTube channel to discuss beef. Ozzy Jr. said he had “no hard feelings” with Anderson and said his father needed to “be a big boy” about the reaction.

“He comes from a different time,” Ozzy Jr. said of his father’s assertiveness, while he would “pray” for Anderson and his family.

Ozzie Sr. praised Anderson during an appearance on WSCR-AM’s “Mulley and Hog Show” on Wednesday, saying he was only doing his job.

Anderson certainly wasn’t the first person to tell Guillen to shut up. I’m pretty sure I heard Guillen’s TV partner Frank Thomas say this once or twice when he was a teammate in the ’90s. Then both laughed. It was a different time indeed.

Before he dreamed of being a manager or TV analyst, Guillen said what he wanted to say and didn’t care that the recipient of his barbs didn’t like it. He once told me that I should go to work for the New York Post. I took it as a compliment, but he was really criticizing my writing skills. And then we both laughed.

Read Also:  In the NBA playoffs, the narrowest teams are not at the top

The only difference between the classic Ozzy and the TV Ozzy is that now he is getting paid to say whatever he has to say. Actually, his bluntness was the reason for his hiring.

Anderson was the first Sox player to publicly respond to criticism by a team-approval TV analyst, bringing back memories of Steve Stone’s fight with Cubs players in 2004.

Now it will be up to Vice President Ken Williams and General Manager Rick Hahn to ensure this beef doesn’t escalate and become a distraction as the Sox try to overcome the malaise of their opening season.

Gillen was hired by NBC Sports Chicago with the blessings of Williams and Hahn, both of whom had a feud with him when he was Sox manager before his stormy exit in 2011. Eventually Guillen buried the hatchet.

They were put on TV to provide entertainment value and credibility for the station, which is partly owned by the White Sox. Guillen has been a success, making the postgame show a must-see for Sox fans.

As recently as the Cubs-Sox series at Wrigley Field earlier this month, Guillen told me he would quit his job if the station tried to censor him. I don’t see this happening. NBC Sports Chicago can’t hire someone like Ozzy Guillen and ask him to be low opinionated.

And as criticism goes, telling a player that he is too strong and young to stop playing in May is rather mild. Guillen was merely saying that the Sox needed Anderson in the lineup, which is struggling. Manager Tony La Russa said after the game Anderson was ready to pinch in the ninth if needed.

Read Also:  The Dolphins owner responded to Brian Flores stating that the allegations are "false, malicious and defamatory".

Is there more to Anderson’s pique?

On Monday night’s broadcast, during the in-game toss at the studio, Guillen briefly criticized Anderson for a quick Michael Taylor throw on a grounder in the hole. Anderson’s throw had no chance, and Guillen, a great defensive shortstop, correctly suggested that Anderson should have eaten the ball.

The station quickly threw it back to broadcasters Jason Benetti and Gordon Beckman, who did not mention Guillen’s remarks. Perhaps Anderson heard of Guillen’s remarks and didn’t tell him how to handle his position? We can only guess.

Either way, Guillen has admired Anderson a lot throughout his career, so it’s overly sensitive to call the TV analyst “shut up” after some mild criticism. If it was Dallas Ketchell lashing out at Guillen, no one would care.

But Anderson is the face of the franchise, the best and least paid player on the team. When he talks, Sox fans listen.

La Russa, who knows a thing or two about media criticism, should talk with Anderson about how to ignore it. He was also Guillén’s manager in May 1986, when Guillén blew a potentially big innings in the final defeat by trying to score on a ball that had rolled a few feet from the catcher.

“Ozzie’s aggression is a big plus,” La Russa said after meeting his shortstop in 1986. “We talked about maintaining that aggression with common sense.”

The Sox need Anderson to focus on his game, not the team’s studio analyst.

And the OG has to be the OG. If Sox players don’t want to hear it, press the mute button.