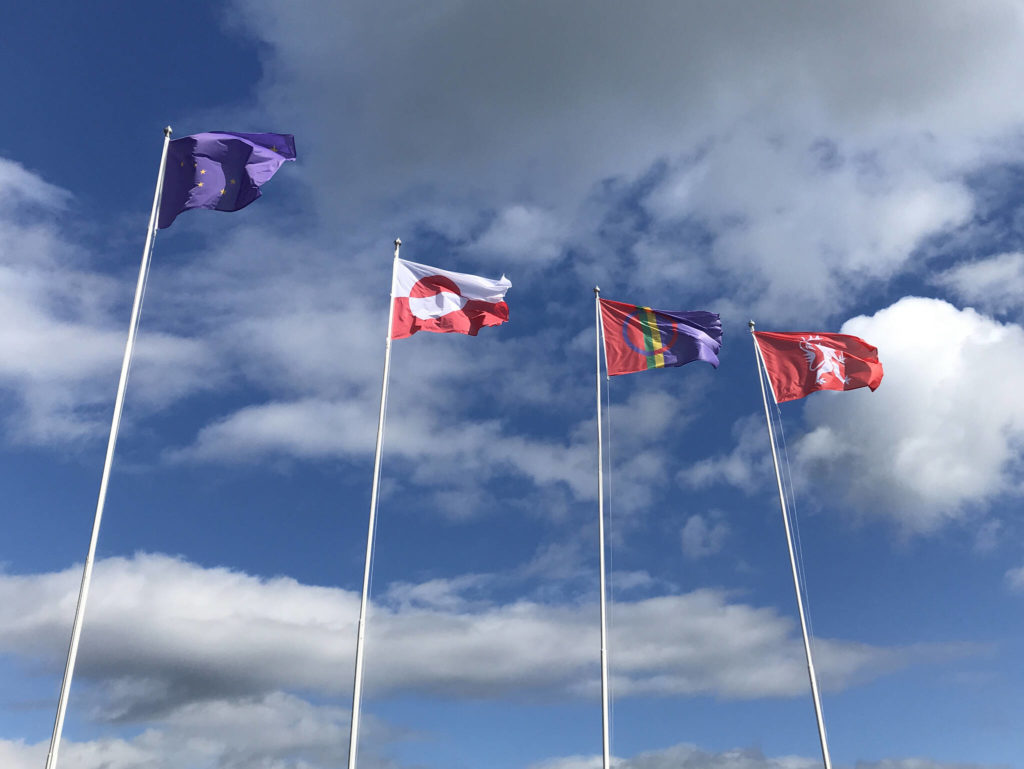 The Arctic must no longer accept that it is viewed as a small space cut off at the ends of the world. As Whitehorse hosts the International Arctic Arts Summit from 27 to 29 June, we need to celebrate both the arts and the pan-Arctic community. Building strength across the border is a task we need to take seriously.

The Arctic is divided by borders. Nation states of the circumpolar north are slicing the Arctic like a pie. Capitals are always in the south. Communications, institutions, and mental maps are arranged north-south. In Canada people relate to Ottawa, in Alaska people see Washington and in Russia people listen to Moscow. For the most part of human history though, things have been different.

A thousand years ago, sailors traveled from Greenland to Canada in the north, from Norway to Iceland. Alaska belonged to Russia a few years ago, the Sapmi – the land of the indigenous Sami people – covers the border areas between Norway, Finland and Sweden, fishermen from the north of Norway traveled unrestricted into northern Russia many years ago, and the language Kalalit The origins of Nunat/Greenland are similar with languages ​​in Canada, Alaska and Siberia. The list could be extended further. People used to connect and travel from east-west. The Arctic is connected.

But today, Finland celebrates on 6 December, Iceland parades on 17 June, Norway marks 17 May and Canadians wave their flags on 1 July. Rarely do people from the Arctic join forces across national borders.

Read Also:  Quebec's vaccination passports to be phased out by March 14

The most important government framework for Arctic cooperation, the Arctic Council, is no longer functioning due to the war in Ukraine. Russia is not invited to the Arctic Art Summit in Whitehorse, even though it covers half of the circumpolar north. In times like these, art needs to show the way.

We need to celebrate Arctic cooperation more than ever. We should be happy for what we have in common; Midnight sun, snowmobiles, frigid climate, battles against colonial powers and capitals in the south, bad roads, great skiing, saunas and a mind-blowing nature.

We need a designated day to celebrate Arctic residents, Arctic potential, Arctic culture, humor and climate. A day for arctic history and arctic present, arctic diversity and arctic community. One day for the entire circumpolar region, a pan-Arctic day, with the ambition to one day be an international day.

According to the Cambridge Dictionary, “Polar Day” is a day with 24 hours of sunshine. So the northernmost day should be 21st June. It is also the National Day of Kalalit Nunat/Greenland (they chose the lightest day in the 70s when they extended self-governance) and National Indigenous Day in Canada. In addition, June 21 is also the day of the Northern Assembly; That was the date of the first assembly meeting. And of course, the eternal light is no harm when it’s time to party.

There are simply too many coincidences for us to ignore them; With the universe, goddess and nature talking to us, there is no choice: the true answer needs its day, and the day has chosen us, June 21.

Let the thought sink in, and use the day for whatever you love. Let a thousand flowers bloom. You can wave the northern flag whatever you want; The Great Bear of Alaska, the Inuksuk of Nunavut, the Sami Circle-Flag, Greenland’s Eternal Light and Eternal Night, the Deer of the Northern Assembly – or the Pride Flag? Or just quit flagging and barbecue, parade, pray or consider the joy, connection, and community of the North.

We need cross-border activity. We need action everywhere. We need Arctic community, Arctic identity and Arctic pride. Let us make sure the Arctic Arts Summit is a step along the way. and remember; True North is not represented by a basketball team in Toronto. We are the answer, and the answer is within us.

Amund Sjølie Sveen is an artist from NORDTING / The Northern Assembly visiting Whitehorse for the Arctic Arts Summit from 27 to 29 June.

EXPLANATORY: Minnesota to withdraw from Russia over war in Ukraine