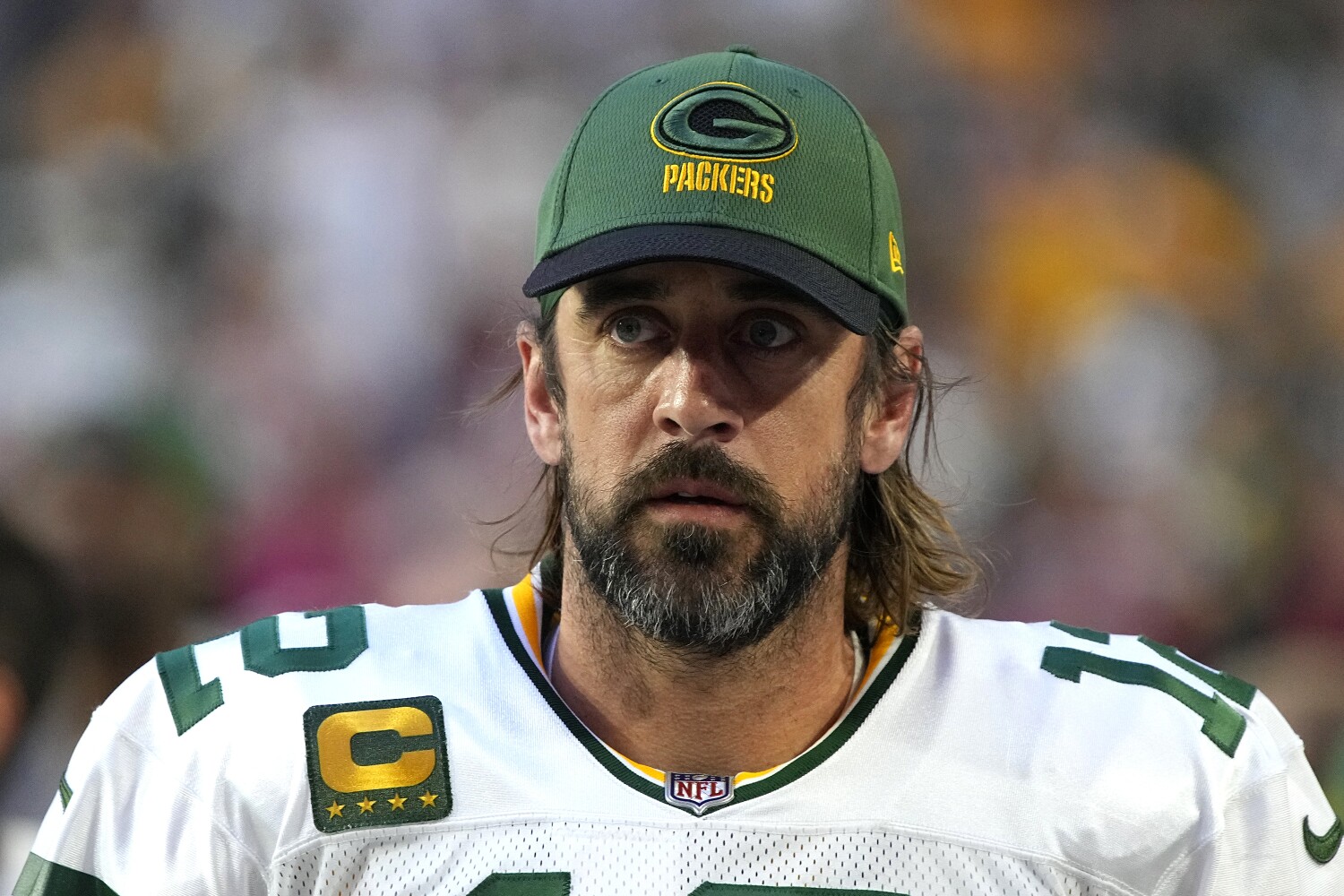 As a lifelong fan and part owner of the Green Bay Packers (along with approximately 360,000 other fans), I was devastated Wednesday morning to hear that Aaron Rogers tested positive for the coronavirus and that he was also not vaccinated.

The latest news is deeply disappointing, not only because it could effectively end our fantastic season (as unvaccinated people are expected to suffer more serious and long-term COVID-19 symptoms than those vaccinated and receive breakthrough infections), but and because it makes me doubt that the leadership of our team – our quarterback, coach, owners, and the NFL – did not require vaccinations before the start of the season.

I remember listening to the press conference that Rogers gave in August, before the season started. He said he was “vaccinated” – a strange word, I thought, instead of “vaccinated”, but he quickly followed him, saying that he would not “judge” unvaccinated players. I turned to my husband, who was a Packers fan by marriage, and said: It was a missed leadership opportunity. If he’s vaccinated, he should say so and encourage his teammates to do the same.

ESPN reported Wednesday morning that Rogers asked the NFL before training camp if he could be given an alternative treatment, such as vaccinations. The NFL denied his request and found him unvaccinated since the start of the season.

It is not yet clear what was behind his decision not to get vaccinated. Unless he’s afraid of needles, I’m starting to think it’s a feeling of invincibility, but the virus doesn’t care if you are young or old, a world-class athlete or not. He is not killed by green juice shakes or veganism. It can destroy your healthy body and has caused 750,000 deaths in this country and 5 million worldwide. These are facts.

So the NFL has something to answer for: if she knew he was not vaccinated, why was he allowed to endanger his teammates and coaches? Why doesn’t the NFL require vaccinations in a sport that depends on keeping its body and health in the best possible condition? Vaccines are a prudent precautionary measure. Even the NBA may have been stricter: A month ago, the league agreed to cap the salaries of unvaccinated players forced to sit out in some cities due to pandemic precautions, while NFL players risk losing salaries only if their unvaccinated status leads to cancellation of vaccination. game that cannot be transferred.

Of course, I wish Rogers a speedy recovery, and I’m not just saying this as someone who proudly wears his jersey to every game. I grew up in Milwaukee and have always lived for the Packers. I became one of the many owners of the league in its unique public nonprofit model when my husband gave me a share for Christmas in 2011, right before our first daughter was born.

But loyalty to my team doesn’t stop me from seeing that the quarterback made a stupid and selfish choice when he didn’t get the vaccine and then misled the public with his claim that he was immunized. In a public health crisis, one person’s choice not to vaccinate puts others at risk, keeps the virus alive and helps it mutate into more deadly strains. I don’t remember seeing Rogers wearing a mask after the games when he was interviewed by reporters. However, I remember seeing pictures and videos of him hanging out this Halloween weekend without a mask with other players on his team. Did they know that he was not vaccinated? Second generation quarterback Jordan Love was reportedly at that party, now tasked with leading our team against the AFC champion Kansas City Chiefs. And our third line quarterback is also on the COVID-19 list, adding to the uncertainty for the season if Love goes out of line.

At a press conference Wednesday morning, Packers coach Matt Lafler dodged important questions. “I’m not going to fall into any of the vaccine statuses of our players or coaches,” he said.

Well, someone had to have it.

Carrie Friedman is a freelance writer based in Los Angeles.