Comusal works in prevention and access to health in 2022. chihuahua alternative 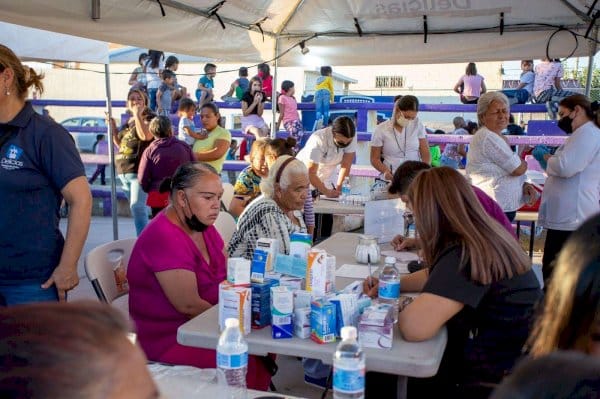 Ciudad Delicias, Chih. – During this year 2022, which is nearing its end, the City of Ciudad Delicias, in coordination with Health, has joined with other organizations to make great achievements in terms of prevention and access to health for citizens The work was done, reported Delicias’ municipal health coordinator, Francisca Mercado.

He insisted that the formation of the Regional Health Committee was done strategically; The municipality for the prevention of addictions and mental health, and the COVID Committee, later created by directive of Mayor Jesús Valenciano, with the intention of reducing infections, said that a significant number of rapid tests were administered, the preventive brigade was executed and sanitised.

He noted that logistical support was provided by the travel of the doctor wagon, where more than 2,500 consultations were carried out; A blood donation campaign was also implemented and a cooperation agreement was signed with the Universities of Durango and the Autonomous University of Chihuahua, so that medicine interns could serve in the various health programs offered by the municipality.

Regarding the educational sector, the health coordinator informed that a program was prepared to raise awareness among students about various mental health diseases, prevention of suicide and teen pregnancy, in which various civic, municipal and state associations participate .

In this sense, free mammograms were offered; A permanent drug donation drive is carried out, as it is usually lacking in most health institutions; Finally, he invited citizens to contribute to the campaign and bring the medicines they no longer need to the Health Coordination Offices so that more and more citizens can be benefited.

Press release from the City Hall of Ciudad Delicias.