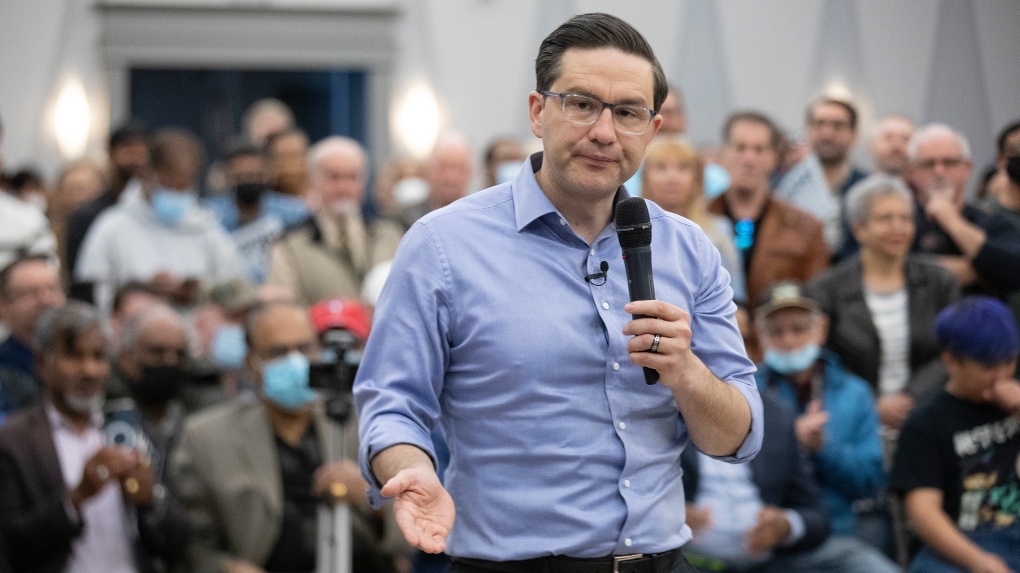 Pierre Poilievre is denouncing the “white replacement theory” believed to be a motive for a mass shooting in Buffalo, NY, as “ugly and disgusting hate-mongering.”

In a statement provided to The Canadian Press, the high-profile contender for the Conservative party leadership condemned the attack, in which police say a white gunman shot up a supermarket in a majority black neighbourhood, killing 10 people and wounding three others.

US law enforcement is investigating the shooter’s online posts, which include the conspiracy theory that there’s a plot to diminish the influence of white people.

Believers say so-called “white replacement” is being achieved both through immigration and demographics, with white people having lower birth rates than other populations, and some claim this has been orchestrated by Jews.

Poilievre was responding to a tweet by fellow leadership contestant Patrick Brown pointing out that Pat King, a leader of the February “Freedom Convoy” that Poilievre and many other Conservative MPs supported, has spread the conspiracy theory online.

Brown called on his rival to “condemn this hate.”

“For Patrick Brown to use this atrocity is sleazy — even for him,” Poilievre said in his statement Monday. “I supported the peaceful and law-abiding truckers who protested for their livelihoods and freedoms while simultaneously condemning any individuals who broke laws, behaved badly or blocked critical infrastructure.

“I also condemn Pat King and his ugly remarks.”

In response to Poilievre’s remarks, a for Brown accused him of “reluctantly giving a statement when asked, rather than shouting denunciation from every platform you have.”

“Flirting with these dangerous elements does a disservice to the vast majority of Conservative Party members and will cost us the next election if it is allowed to stand,”‘ Chisholm Pothier wrote.

“The `white-replacement’ conspiracy theory is peddled by racists and bigots, Conservatives unequivocally condemning this kind of thinking,” she said.

Bergen went on to say that “while Canadians are free to protest and demonstrate, that does not include illegally blocking or occupying infrastructure, nor does it include illegal hate-speech.”


This report by The Canadian Press was first published May 16, 2022.


— With files from The Associated Press

Take a look at the trending TV news of the day