Construction of a new strategic bonded complex in Nuevo Laredo 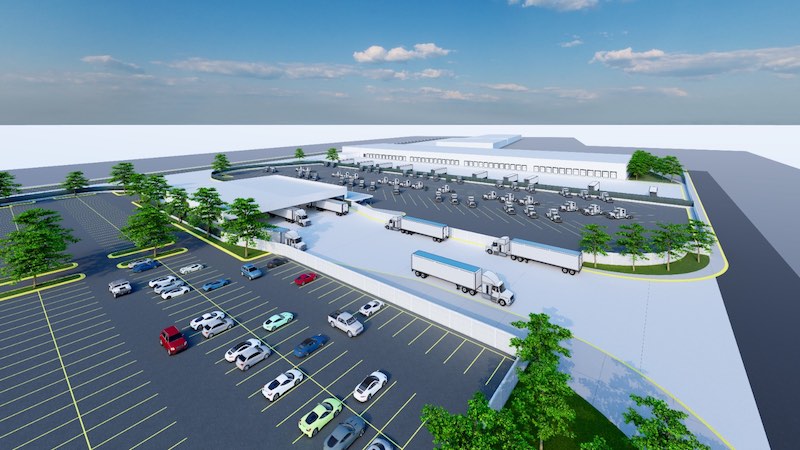 Construction begins on what will be new as the first stone is laid Nuevo Laredo Strategic Bonded PrecinctTamaulipas.

As part of the first phase, a 14,400 square meter warehouse is being built, which will be certified as a strategic bonded facility. project, which will be led by Palos Garza CompanyConsiders in the long term 21 hectares for offices and transport.

The first phase will end in October of this year, and after the authorization of a strategic controlled area, between the first and second phase – is considered to generate 1,500 to 2,000 jobs For executives at the bachelor’s, master’s and doctoral levels.

Mario Palos Garza, president of the Tamaulipas Logistics and Supply Chain Cluster, He indicated that the investment has been made because it is necessary to generate new competitive equipment for Nuevo Laredo in view of the needs arising in commercial matters.

“It is a model that always requires new action plans, what better than the dynamics that are being generated between Mexico, the United States and Canada, it requires that we, the Nuevo Laredo border, be prepared and ready for Stay,” he said.

One of the advantages of a strategic bonded area is that it is permitted to introduce, store, detain, display, sell, distribute, process, alter or repair and courier foreign, domestic or nationalized goods for a limited period of time. allows to present with. Benefit of not paying foreign trade taxes or countervailing duties.

Mario Palos explained, “We must produce or transform goods in Nuevo Laredo to have more participation in the industry and that is what is going to generate what we want to be a strategic bonded facility.”

He added that it is a strategic tool for the industry and with Nuevo Laredo’s capability and experience in financial and customs matters, they can develop it.

for his part, Jorge Vinales Ortiz de la Peña, director of the Tamaulipas Logistics and Supply Chain Cluster, He said that this project will contribute significantly to the competitiveness of the border in the region.

“The facility is one of the most ambitious in the region and will be a source of not only direct, but indirect employment, so the spill is believed to be much greater than predicted. We are at a critical moment in global growth and that growth Which is in our country’s trade agreement that Mexico has with the United States and Canada, it is a situation that predicts the future,” he concluded.