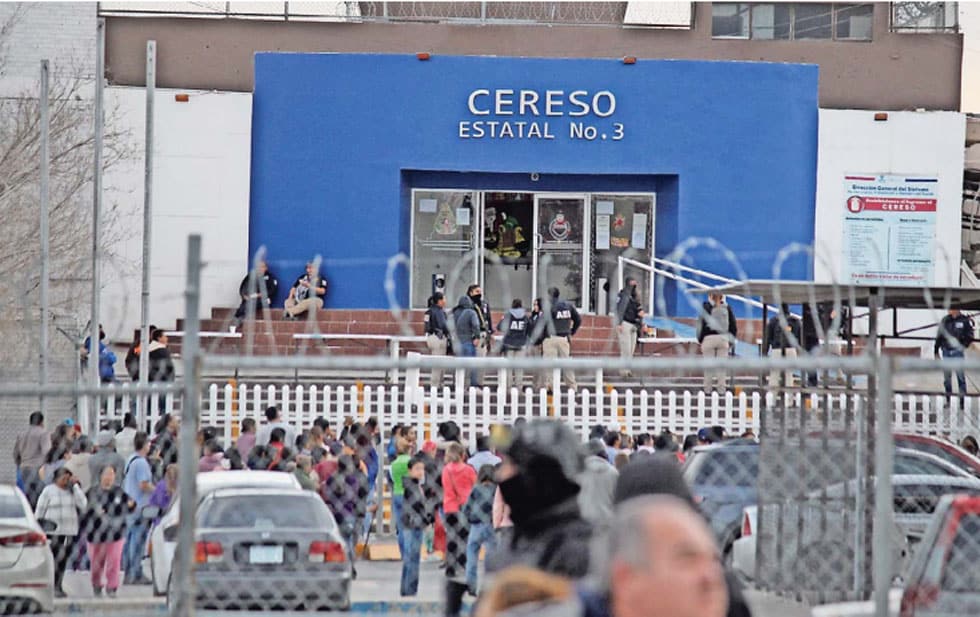 Chihuahua.- César Jauregui Moreno, in charge of the Office of the State Attorney General (FGE), affirms that the transfer of the penal system to the Secretary of State Public Security is a “convenient” movement, assuring that, with this, in terms of penal jurisdiction Level steps are followed and of course, the security inside the prisons has to be strengthened.

Meanwhile, Security Secretary Gilberto Loya expressed that there is still much to be done in penitentiary matters and this will have to be addressed with the tools and equipment that have been provided to this unit, but he assured that the system ” “Better” is how it was received in 2021.

As a result of the events on January 1, when 30 inmates of Ciudad Juarez State Prison No. 3 escaped and ten prison guards lost their lives during a brawl, several changes have been made to the prison system. The director of this center, Alejandro Alvarado Téllez, and later Luis Harris Arrondo, who served as general director of the penal system, were dismissed.

However, the prison reorganization moves forward because, once it is approved by the state Congress, the penitentiary system will be part of the Institute of Public Safety, along with the Secretary of State.

As of today, the prison system is in charge of Alejandro Díaz Becerra and it is not confirmed whether he will remain in charge once the administrative reorganization takes place.

Security Secretary, Gilberto Loya, explained that, with the addition of prisons, the agency would have to improve the equipment available under their charge, but that it would be a favorable change to strengthen security and control of state impunity.

He said the general analysis of prisons is good, but acknowledged that “many things” still need to be done and that currently, after the events in Juárez, there is not a good image but that work has to be done comprehensively. To change must be done.